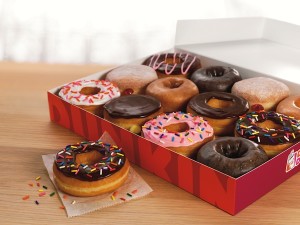 Dunkin’ Donuts has been opening new stores in Southern California at a rapid pace. Just last week a DD store opened up its first storefront in the Santa Clarita Valley. Earlier this summer, a Dunkin' Donuts opened up in Encino in June. For those who live in West LA & have already visited the one in Santa Monica, you'll be happy to know that a Dunkin' Donuts Green Achievement restaurant is opening on Tuesday, August 11th! What does the … END_OF_DOCUMENT_TOKEN_TO_BE_REPLACED