The Teenage Mutant Ninja Turtles are back in a brand new DVD! The twist is that this compilation of episodes will arrive on DVD two months before it debuts on TV. That’s right, TMNT fans, you could own “Tales of the Teenage Mutant Ninja Turtles Wanted: Bebop & Rocksteady” when it is released on September 12, a whole two months before it hits television! 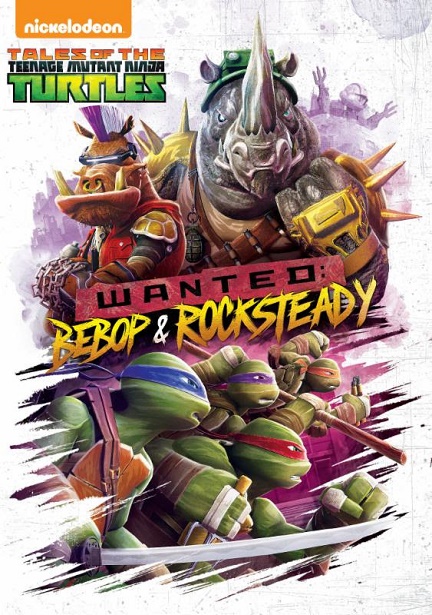 Teenage Mutant Ninja Turtles is one of those evergreen properties – loved by folks of all generations, from modern day fans as well as superfans of the original 1980’s series. So what can you expect from this DVD?

Dimensions collide in this one-of-a-kind Teenage Mutant Ninja Turtles special, when ’80s Shredder and Krang transport themselves to present-day New York. There they team up with Bebop and Rocksteady for the ultimate throwback throw-down against the Turtles. This four-episode collection not only brings back classic and villainous faces, but also takes fans back to where it all began – with a newly mutated Splinter on the run while protecting four baby mutant turtles.

“Tales of the Teenage Mutant Ninja Turtles Wanted: Bebop & Rocksteady” will feature four time-bending episodes that tests the Turtles both mentally & physically as they fight for justice & protect their city. Also included in this DVD is an animated music video featuring the Turtles rocking out to the song “Ice Cream Kitty.” If you’re a die-hard TMNT fan, I’m sure you won’t want to miss that toe-tapping jingle!

How would you like to win a copy of the “Teenage Mutant Ninja Turtles Wanted: Bebop & Rocksteady”? 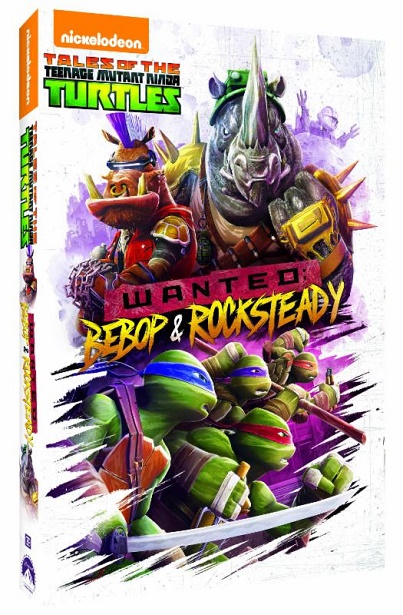 One Real Mom of SFV reader will win it! Please enter below for a chance to win.

So tell me, who is your favorite Teenage Mutant Ninja Turtle?