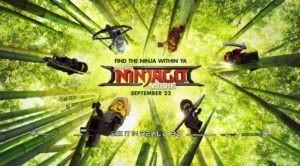 “The LEGO NINJAGO Movie” comes out in theaters this Friday, September 22. If you have elementary school-aged children, then chances are you’ve heard them talking about LEGO NINJAGO or you’ve seen them play with the NINJAGO LEGO sets. You may even have seen an episode or two of the popular LEGO NINJAGO TV show that airs on Cartoon Network (it has been out for several seasons). The good news is that even if you’ve never heard of LEGO … END_OF_DOCUMENT_TOKEN_TO_BE_REPLACED