Looking for a fun activity to do with your family during spring break? Look no further than the brand new exhibit, Science of Hockey with the LA Kings, which opened earlier this month. This exhibit is located inside Discovery Cube Los Angeles in the San Fernando Valley. 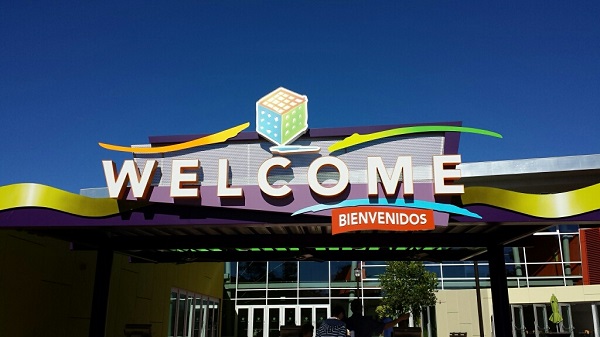 So many people associated with the LA Kings were there to celebrate the opening of this new exhibit! 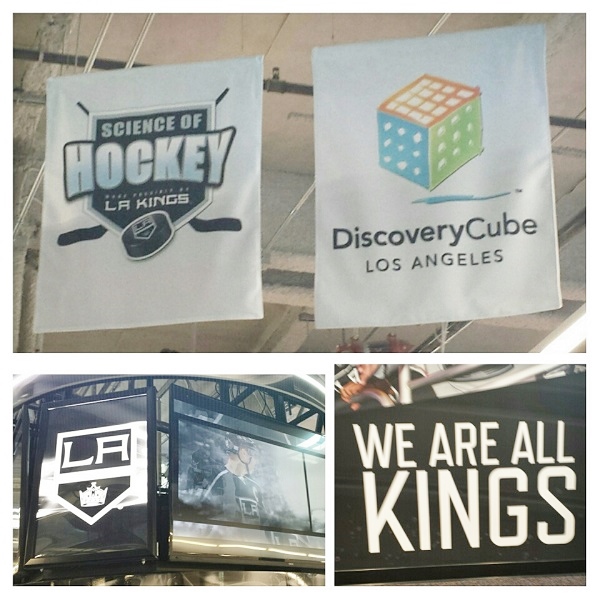 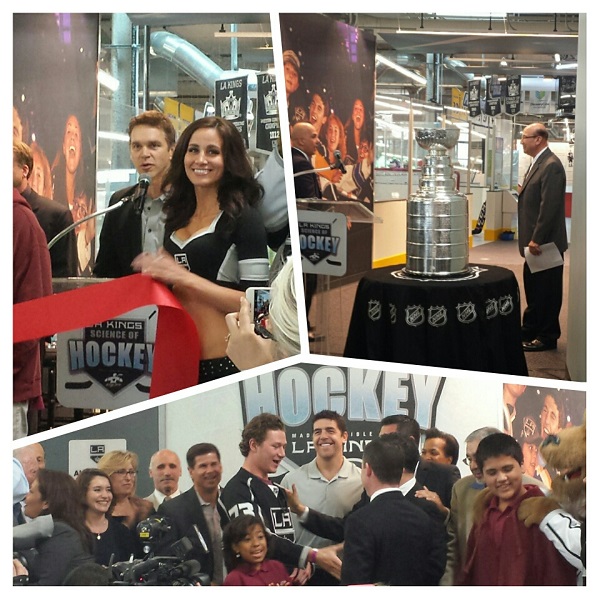 Even Bailey was there to take in the festivities! After the ribbon was cut, it was time to explore the displays! 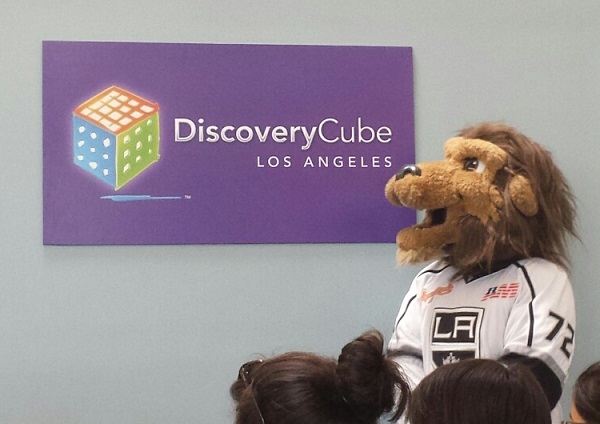 You can climb aboard the Zamboni Machine which has a lights & sound interactive display. 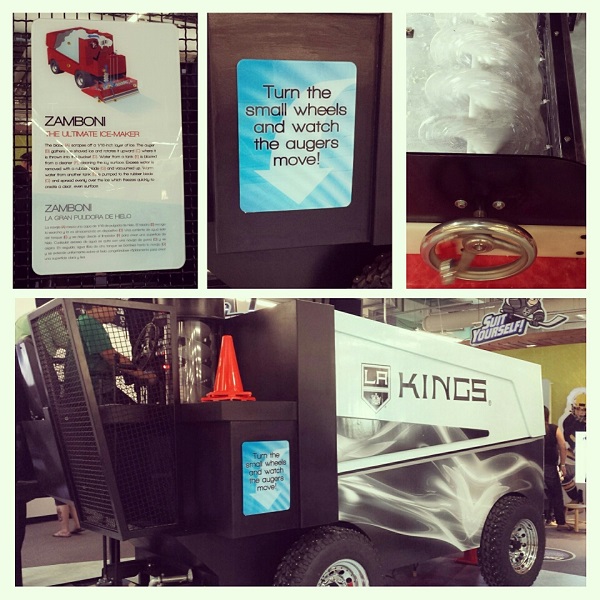 Suit up & jump inside the You Be the Goalie exhibit where you can try to stop pucks that are shot from virtual versions of LA Kings players! Check out this quick Instagram video here to see it in action: https://instagram.com/p/0bGTIoiFLB/?taken-by=realmomofsfv

Step inside the Healthy Locker Room (aka Coach’s Corner), where you can learn about exercise & nutrition from the LA Kings.

This exhibit is great for hockey fans because not only is it fun but it’s educational too! I even learned a little bit of history while I was there.  😉 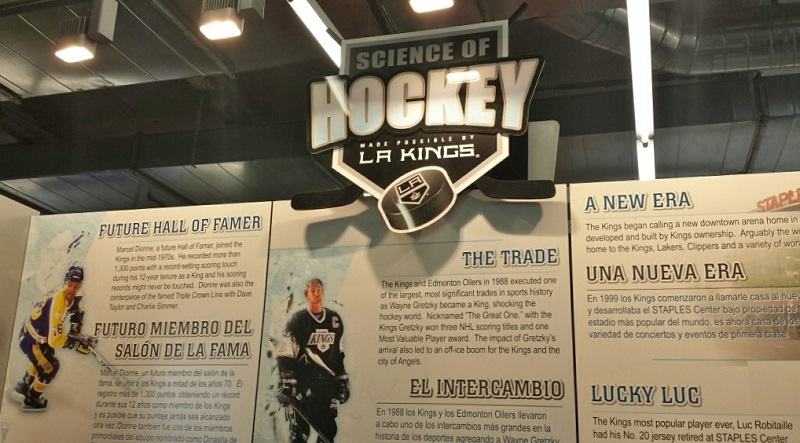 Disclosure: No monetary compensation was received for this post. I attended a media preview of the exhibit which helped facilitate this review. All images & opinions are 100% my own.