Who doesn’t enjoy an outdoor summertime concert? Readers of my blog may recall that last year I attended a California Philharmonic concert at Santa Anita Park. This is an awesome venue that is located in Arcadia. You’ll be surrounded by the beautiful San Gabriel mountains on one side along with views of the Santa Anita Race Track outdoor venue. 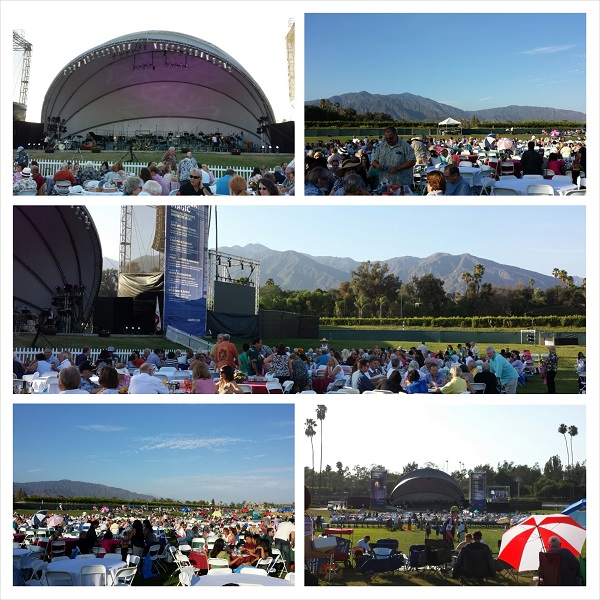 It’s that time of year again & I am pleased to announce the line-up for the weeks ahead!

Saturday July 25
Expect the unexpected during California Philharmonic’s third concert of the season Phantom/Les Miz.  Broadway sensations Tracy Miller Schell and Darren Ritchie join the orchestra and the Cal Phil Chorale in haunting performances of highlights from Les Misérables and Phantom Of The Opera. Berlioz’ electrifying Symphonie Fantastique and Fauré’s heavenly Requiem round out the show.  During the Sunday matinee, audiences will also delight in the majestic sound of the Walt Disney Concert Hall Pipe Organ played by organist Philip Smith.

Saturday August 8
California Philharmonic’s blockbuster season continues on with Lights, Camera, Action!  Prepare to hold on as Maestro Vener and his orchestra take the audience on a wild ride while performing some of the powerful pieces that made Jurassic Park, Star Wars and Psycho Hollywood classics. The concert also includes Korngold’s romantic Violin Concerto, featuring violin virtuoso, and California Philharmonic Concert Master, Armen Anassian, as well as the thrilling finale of Shostakovich’s 5th Symphony. Concert-goers will also be treated to the world premiere of California Philharmonic Composer In Residence Roger Allen Ward’s 2nd symphony.

Saturday August 22
The season finale, Postcards From Abroad is packed with riveting entertainment and awe-inspiring performances. Concert-goers will be travel to Europe with Capriccio Espagnol  and Il Postino, rediscover the rhythms of New York City with Gershwin’s 2nd Rhapsody, featuring consummate pianist Bryan Rezone and explore Kenya with Out Of Africa. Music lovers will also be transported to the fantastical worlds of The Hobbit and Harry Potter. 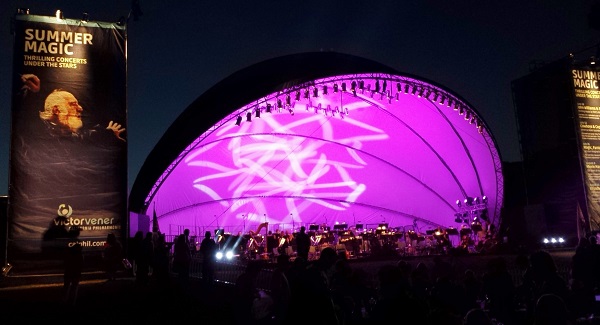 If this sounds like a great way to spend your Saturday evening, then you are in luck! I will be giving out a family 4-pack of tickets to the August 8th concert. Visit my blog next week for info on how to enter the contest!

Disclosure: No monetary compensation was received for this post. This blog post is for informational purposes only. All photos & opinions are 100% mine.