Two weeks ago, my daughter & I arrived at Apricot Lane Farms, located in a sleepy town just 45 minutes north of Los Angeles to celebrate the Blu-Ray/DVD release of Far From the Madding Crowd.

The movie is set in England during Victorian times & is based on Thomas Hardy’s book of the same name, Far from the Madding Crowd. The film stars Carey Mulligan (who I’ve liked since she played Winnie Gekko in Wall Street: Money Never Sleeps) & also Michael Sheen, who I just adore. Carey Mulligan plays Bathsheba Everdene, who runs a farm that she inherits from her uncle.

Based on the literary classic by Thomas Hardy, FAR FROM THE MADDING CROWD is the story of independent, beautiful and headstrong Bathsheba Everdene (Carey Mulligan), who attracts three very different suitors: Gabriel Oak (Matthias Schoenaerts), a sheep farmer, captivated by her fetching willfulness; Frank Troy (Tom Sturridge), a handsome and reckless Sergeant; and William Boldwood (Michael Sheen), a prosperous and mature bachelor. This timeless story of Bathsheba’s choices and passions explores the nature of relationships and love – as well as the human ability to overcome hardships through resilience and perseverance.

While at Apricot Lane Farms, we toured the farm with owner Farmer John (yep, his name is John Chester), held baby chicks, picked farm fresh eggs & watched sheep being herded into a pen (more on that later).

Apricot Lane Farms is unlike the other farms in the Ventura County region in that they practice organic farming & are also a biodynamic farm. Biodynamic farming is a method of farming that uses techniques such as cover cropping & insectary planting. As we paused on the hill overlooking the fruit trees that carry stone fruit, John explained the method of cover cropping.

John had seen the movie & he talked to us about farming & sheep-herding techniques during the era of the movie versus current times. Although Apricot Lane Farms may not tend sheep in exactly the same method as the characters in Far from the Madding Crowd, it’s actually not that far off. 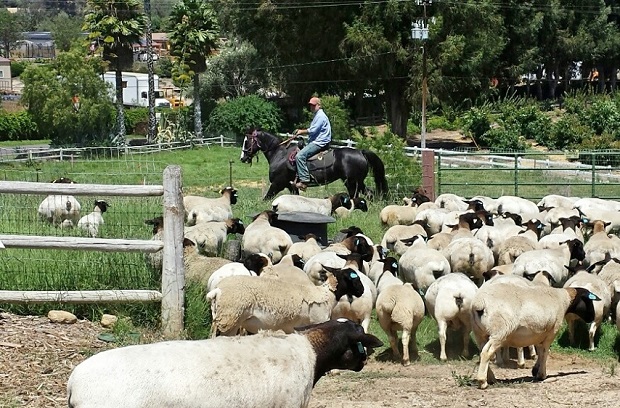 The group was also treated to a sheep-herding display, much to the delight of my daughter (that is her giggling in this short clip).

I enjoyed the movie – the acting is top notch, the story is great & the views are stunning. I think you’ll like watching the movie on Blu-Ray just like I did because viewers are treated to over 45 minutes of bonus content, including an extended ending. 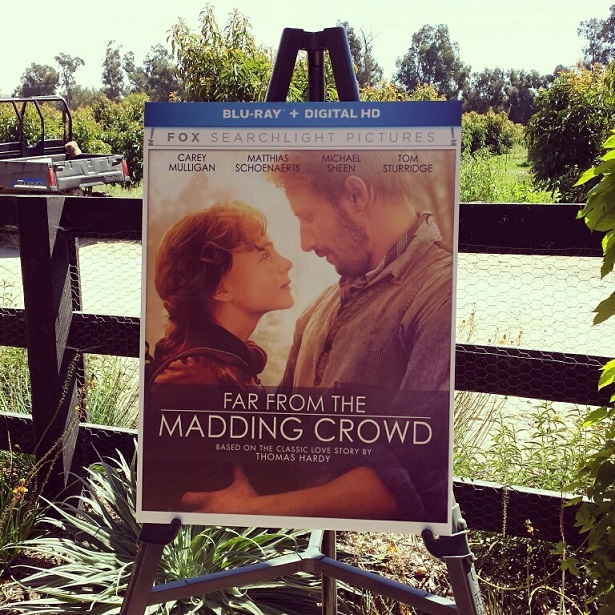 Thanks Fox Home Entertainment & Apricot Lane Farms for a wonderful day on the farm that we will never forget! 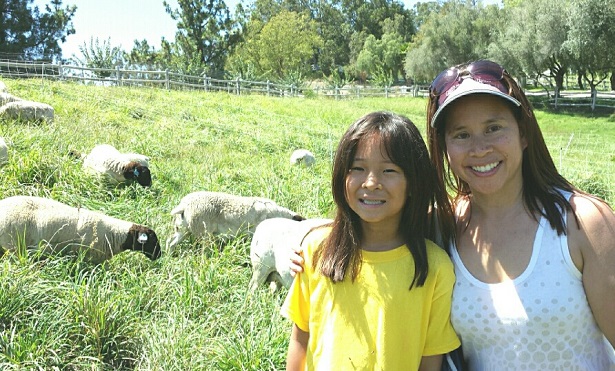 Disclosure: No monetary compensation was received for this post. I received a complimentary Blu-Ray/DVD from Fox Home Entertainment (FHE) & I also attended a media event hosted by FHE, both which helped facilitate this review. All images are my own unless otherwise noted. As always, my opinions are 100% my own.