Oh happy day…it’s Friday! Honestly though, the week went by fast because I had Monday off for Presidents’ Day. That in itself is wonderful because it has been years since I’ve had that day off as a paid holiday.

I’ve been a busy bee trying out different places & things. I’m also looking forward to some upcoming events. With that said, here are the 5 things that I’ve been up to and/or thinking about!

Row House Granada Hills
Row House has been open since December 2019. I’ve been eager to try it out & recently attended their Grand Opening party. This past week I tried out several of their rowing classes. I wasn’t sure how I would handle a 45-minute rowing class. It’s been a long time since I used the rowing machine & that was at Orangetheory Fitness (which uses a water rowing machine).

I tried out a variety of classes & the workout is tough but good. Stay tuned for my fitness review in the coming weeks!

Bravo’s Top Chef Food & Wine Festival
“Pack up your knives & go” is the catchphrase uttered by Tom Colicchio on Bravo TV’s Top Chef. I’m a big-time foodie & an even bigger fan of the Bravo show! So, when I heard about the first-ever Top Chef Food & Wine Festival that is coming to Universal Studios Hollywood next month, I was super excited. It’s a two-day culinary excursion where fans will have the opportunity to enjoy an all-inclusive eclectic menu inspired by the series, live challenges, food & wine pairings, as well as panels with Top Chef alums. Sounds fascinating!

Cynthia Erivo
I first heard about Cynthia Erivo on SiriusXM Radio. They were discussing her Broadway work for The Color Purple. This is just a few months before the Harriet Tubman movie came out. I had been invited to a screening for Harriet but had to decline due to a work conflict. I have yet to see it but now that it’s available to stream, I’ll probably watch it soon.

I fell in love with Cynthia’s Oscar performance, when she performed “Stand Up” which she co-wrote with Joshuah Brian Campbell. Her voice is so powerful!

However, I’m really into her acting performance on HBO’s The Outsider. To say that her character is quirky is an understatement. Her performance in the show is very strong in what I would consider a character-driven 1-hour drama. It’s based on a Steven King novel but from what I understand, there are slight differences between the show & the book. Either way, my hubby & I are enjoying watching the show. I recommend it to those who have HBO & don’t mind a slower-paced drama.

I also saw that Cynthia Erivo has a project on National Geographic coming up entitled Genius: Aretha. She plays Aretha Franklin & I plan on recording it on my DVR when it comes out. The trailer looks interesting!

PopSugar Grounded Fitness Event
I love a good fitness conference & have been fortunate to cover IDEA World Fitness BlogFest, FitBlog LA & Shape Magazine Meet & Tweet, as well as several others. This PopSugar event looks so interesting that I might just pony up the $25 cover fee to attend. You can take work out classes, listen to panel speakers & participate in self-care workshops. It’s right up my alley!

Gus’s Barbecue
This past weekend, I visited the new barbecue restaurant in Porter Ranch. It’s located in the new shopping center at the corner of Rinaldi & Porter Ranch Drive. The original Gus’s Barbecue in South Pasadena is very well-known & I had heard that people were super excited that Gus’s opened in the Valley. The food is delicious & the portion size is good. My foodie review will be up next week, so keep your eyes peeled for that! 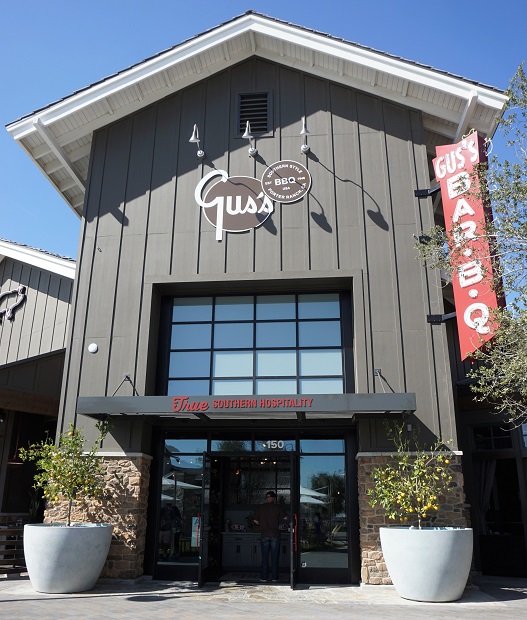 That’s what I’ve been up to this past week. Have a great weekend everybody!