Since my family and I live in the San Fernando Valley, Universal Studios Hollywood has long been our go-to theme park to visit. The close proximity to our house makes it easy to pop over for a visit during the summer and especially at the holidays, when Hogwarts Castle lights up and there is a “Grinchmas” tree in another section of the theme park!

The Secret Life of Pets: Off the Leash!

It’s no secret that I’ve been looking forward to this ride since last year. It was supposed to debut last year but then the pandemic got in the way. The ride opened in April and I heard great things about it. So it was no surprise that my family LOVED it! You really feel immersed in Katie’s NYC apartment building. 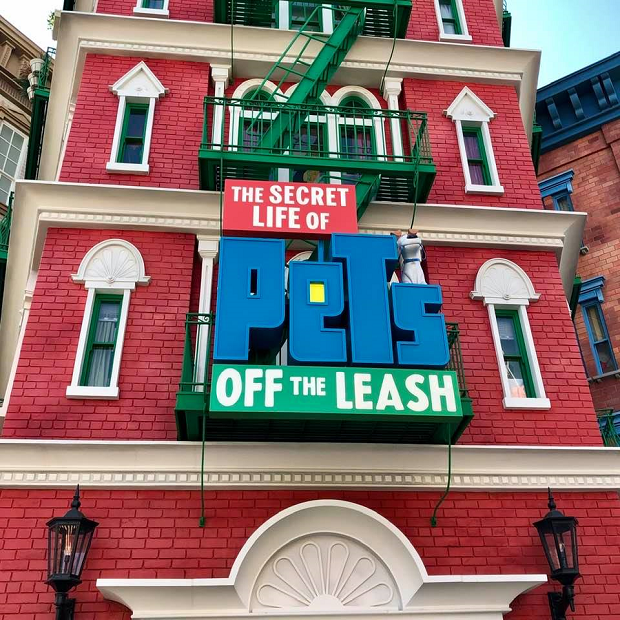 The ride combines 64 technologically-advanced animated figures with hyper-realistic media and projection mapping. Guests are taken on a journey to meet characters from the “Secret Life of Pets” movies, including Max, Snowball, Gidget, Chloe and Duke. Riders will board vehicles that resemble cardboard boxes and travel along a track towards the Pet Adoption event and the ultimate happy ending: forever homes.

One thing you’ll want to pay attention to in the waiting line area are the interactive characters, cute décor and animatronics. Waiting in the “Secret Life of Pets” line is almost like a ride or an attraction unto itself. You’ll feel like you’ve just stepped into the movie! 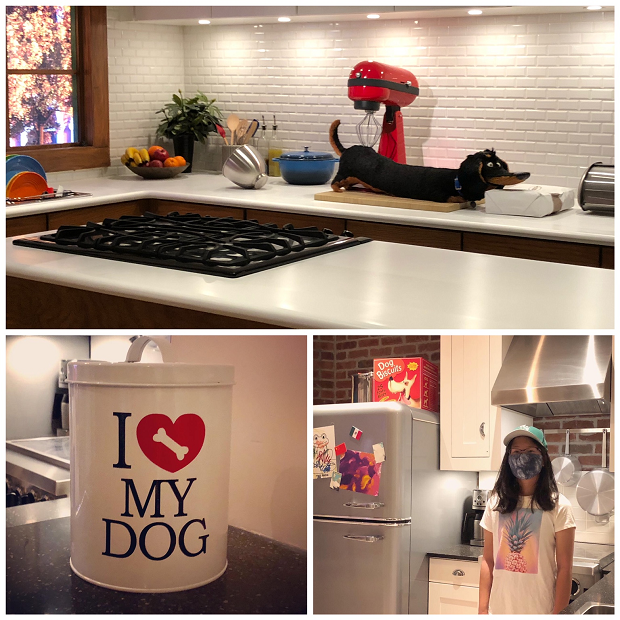 We used our Express Pass to ride it the second time (more on that later) but I saw that other guests were utilizing Universal’s Virtual Line technology to book a ride. Simply choose the time slot when you want to ride by using the official Universal Studios Hollywood app to make a Virtual Line reservation. Don’t want to hassle with the app? You can also visit the Virtual Line kiosk located in the New York City subway station – it’s right next to the ride. Both the app and the kiosk provide guests with options to experience the ride based on the next available times.

This was my first time going on Jurassic World—The Ride. I had experienced it many years ago, before the remodel, when it was still called Jurassic Park. 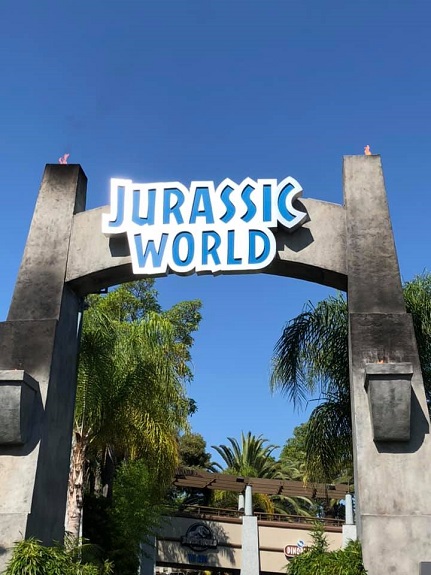 In the Jurassic World ride, a fully-articulated lifelike Indominus injects intense new thrills and excitedment. Indominus spans nearly 55 feet horizontally from head to tail and over 22 feet vertically. This is one scary looking beast! 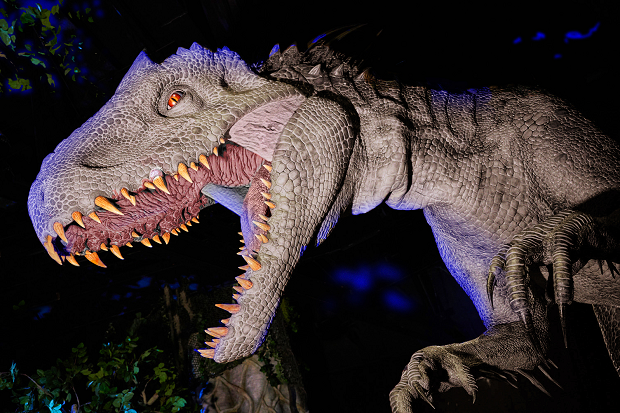 The ride is updated with scenes from Jurassic World’s Chris Pratt and Bryce Dallas Howard. As you float along, you see the Indominus Rex battle her arch-rival, the Tyrannosaurus rex. The ride ends with a thrilling giant waterfall drop!

This is a very popular ride and it’s not uncommon to see a wait time of 1 hour or longer. Thankfully we had a Universal Studios Hollywood Express Pass which allow the ticket holder a ONE-TIME express access to each ride, attraction, and seated show.

Basically it means that you get to bypass the long lines and walk right onto the ride. There are some instances where you might still have to wait a little bit, like when we went on The Simpsons Ride but overall it’s a great ticket to have during the busy summer season when the park is crowded!

My family had a small taste of the food from the Minions Café back in March when we attended the Taste of Universal. The portions from that food festival were along the lines of “small bites” so we were anxious to try the full serving during our summer visit. 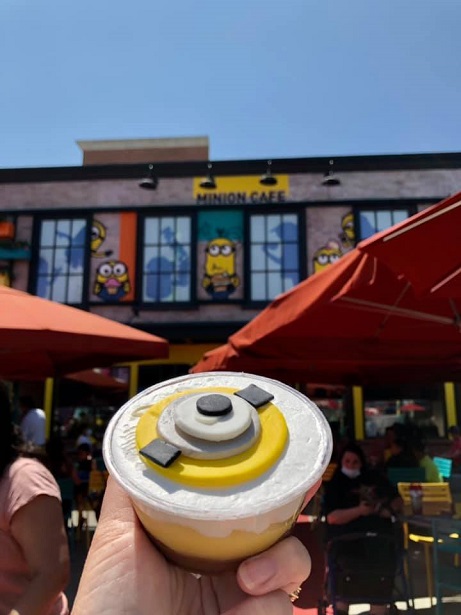 We ordered 4 entrees, one for each of us in our party, although we did sample a bit from each other’s plate! We ate the Loaded Nachos with Chicken, Meatball Parmesan Grilled Cheese with Tomato Soup, Chicken Bacon Ranch Mac n Cheese and Pulled Pork Grilled Cheese with Banana BBQ Sauce. I ordered the Nutella Banana Pudding, which came with a cute Minion wafer on top (see photo above). 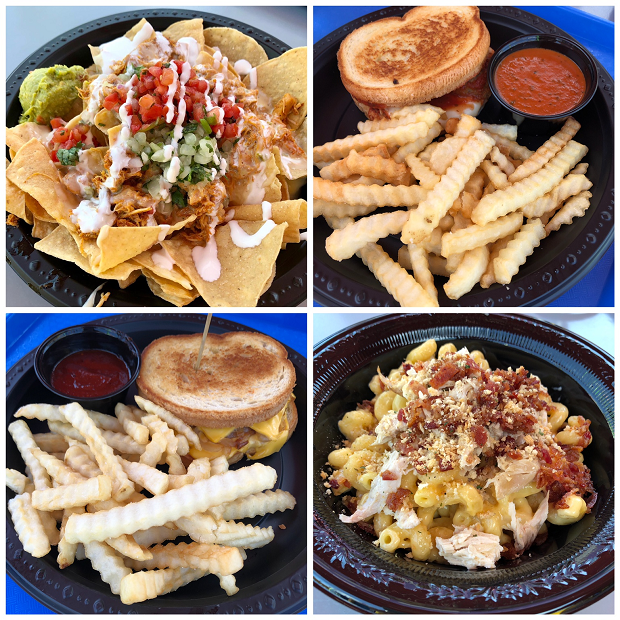 The food was yummy and there was ample seating at the time that we had our lunch. It does look like it gets crowded, so plan accordingly!

Since I was a young child, I’ve enjoyed this attraction. I remember being scared of the Jaws shark and the rickety bridge that the tram would cross over (which they don’t do that part anymore). Things have been updated and it continues to be a must-see for my family whenever we come to Universal Studios Hollywood. 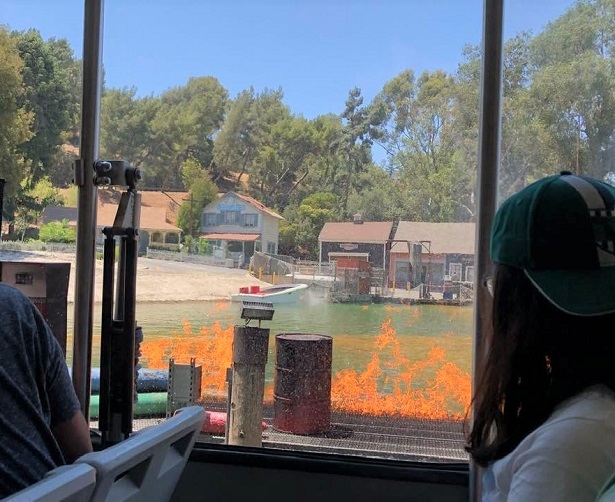 You get to see cars from various TV shows and movies and also and props on a set from Steven Spielberg’s “War of the Worlds.” 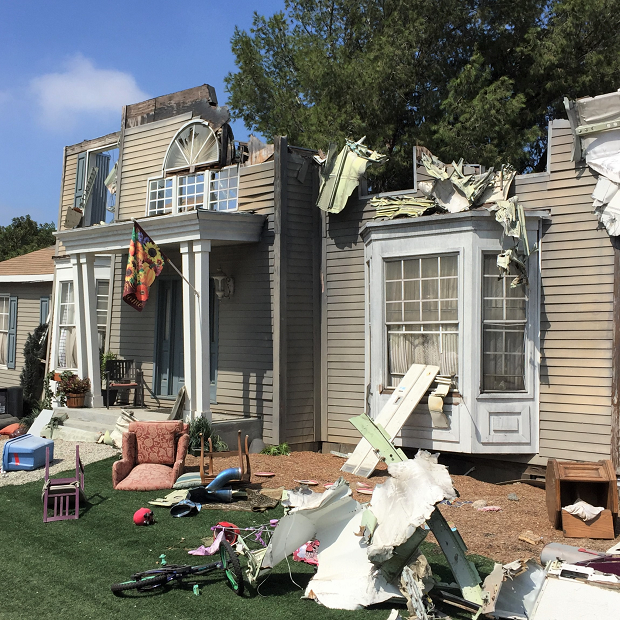 Pro Tip: Go in the late afternoon when your legs are tired from walking and/or standing in line. It’s nice to sit back and relax for about an hour as you take in the sights of a working studio lot.

After a day of rides and thrill-seeking, sometimes you just want to unwind with good food and drinks, in front of a TV. Fortunately at CityWalk Hollywood, you can have all that and more at Universal’s new NBC Sports Grill & Brew! 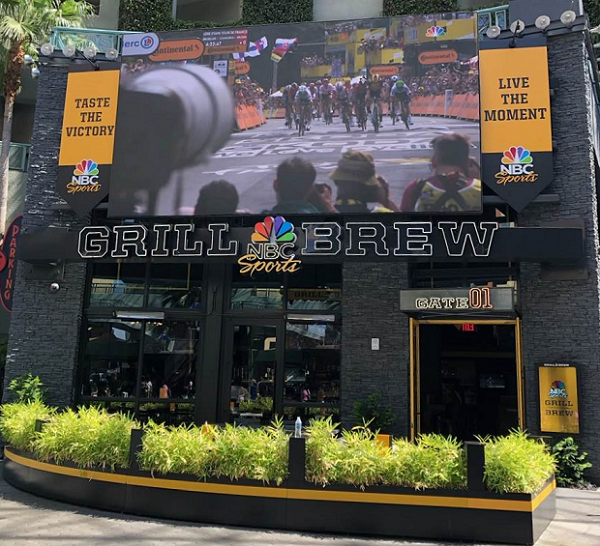 The restaurant is adjacent to Universal Studios Hollywood and boasts state-of-the-art HDTV screens so that you can watch sports coverage on a variety of monitors. They have an extensive menu and a full bar.

As you can see, there are a lot of things to do here at Universal! Thanks to Universal Studios for hosting me and my family for the day!

A quick note on some Tips & Tricks for making your summer visit a fun one:

-If possible, use the Virtual Line on rides that have it.

-The Express Pass, while it is more expensive than a General Admission Ticket, is worth it when you have long lines during the busy season.

-Utilize those fans/spray misters that are sprinkled throughout the park. It cools you off for sure!

-Get there early! Yes, the posted hours on the website says that the park opens at “whatever time” o’clock in the morning. However, that doesn’t mean you should roll into the parking lot at 5 minutes before the gates open.

There are bag check and security clearances to get through, then you need to show your ticket at a different gate. Before you get into the park there is the parking garage – and deciding on what type of parking level that you want to purchase. Do you want General Parking, Preferred Parking (which is much closer than General) or Front Gate Parking (currently at $60)? I’ve seen where the Front Gate Parking is located and it’s like you are just steps away from the security and bag check area.

I should note that there is Valet Parking but honestly I’ve only done that when I’m going to CityWalkLA for a quick visit, like dinner and a movie. According to the website, Valet Parking is available and started up again on April 5, 2021.

Disclosure: No monetary compensation was received for this post. I received complimentary tickets to the theme park which helped facilitate this review. All images are mine unless otherwise noted. As always, my opinions are 100% my own.