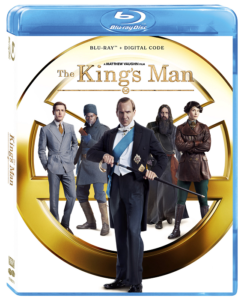 Calling all fans of the stylish spy movie, The King's Man! The King’s Man is available now on Blu-ray and DVD. Set during WWI, The King’s Man tells the exhilarating origin story of Kingsman, the world’s very first independent intelligence agency. As a collection of history’s worst tyrants and criminal masterminds gather to plot a war to wipe out millions across the globe, one man must race against time to stop them. The cast includes … END_OF_DOCUMENT_TOKEN_TO_BE_REPLACED

Ron's Gone Wrong is a sweet movie about a cute and well-meaning robot who is gifted to Barney, a young boy, who is sometimes picked on at school. Ron the robot was broken during a mishap and still technically works, but is often misguided in his attempts to help Barney. When the movie first opens, we see young Barney pining over his classmates B*Bot. Sadly he doesn't have one. The film reminded me a lot of when my daughter started middle … END_OF_DOCUMENT_TOKEN_TO_BE_REPLACED 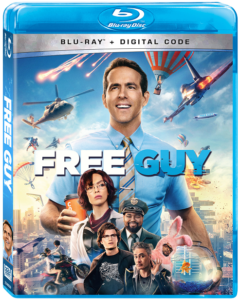 Earlier this summer, “Free Guy” opened up in movie theaters everywhere and created a box office sensation. Critics and fans alike thought it was the funniest film of the summer! “Free Guy” arrives on 4K, Blu-ray and DVD on October 12th. The movie is available now for Premium Digital Ownership on participating digital platforms where you purchase movies. Months ago, I had the pleasure of screening the movie in theaters and I really enjoyed … END_OF_DOCUMENT_TOKEN_TO_BE_REPLACED 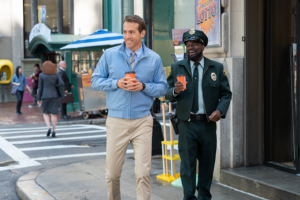 20th Century Studios’ “Free Guy” opens this Friday, August 13th. Last week, I saw an early screening in Hollywood. I had heard some pretty interesting things about it and let me say, it did not disappoint! In Twentieth Century Studios’ epic adventure-comedy “Free Guy,” a bank teller who discovers he is actually a background player in an open-world video game, decides to become the hero of his own story…one he rewrites himself. Now in a … END_OF_DOCUMENT_TOKEN_TO_BE_REPLACED