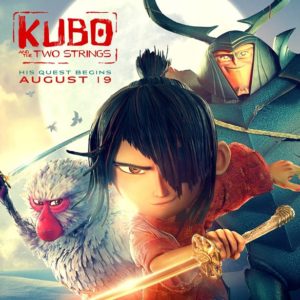 Kubo and the Two Strings is a visually stunning movie. Using stop-motion & digital animation, the movie has a similar feel to Coraline, another LAIKA film, but the look is very much of ancient Japan. An epic action-adventure from acclaimed animation studio LAIKA. Clever, kindhearted Kubo (voiced by Art Parkinson of “Game of Thrones”) ekes out a humble living, telling stories to the people of his seaside town including Hosato (George … END_OF_DOCUMENT_TOKEN_TO_BE_REPLACED