Kubo and the Two Strings is a visually stunning movie. Using stop-motion & digital animation, the movie has a similar feel to Coraline, another LAIKA film, but the look is very much of ancient Japan. 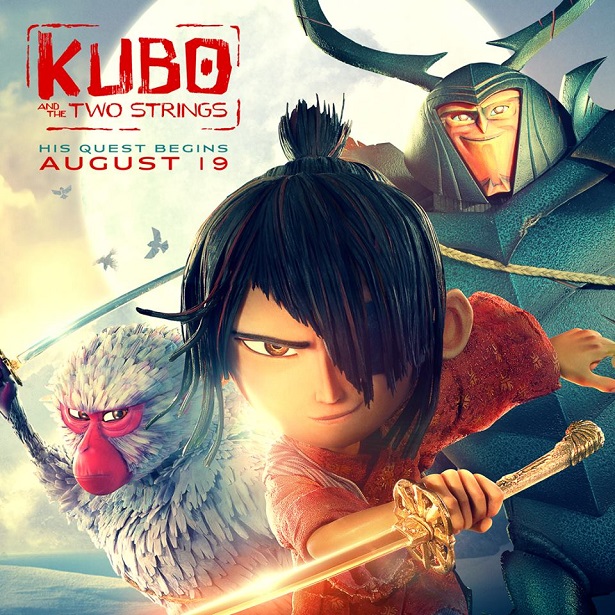 An epic action-adventure from acclaimed animation studio LAIKA. Clever, kindhearted Kubo (voiced by Art Parkinson of “Game of Thrones”) ekes out a humble living, telling stories to the people of his seaside town including Hosato (George Takei), Hashi (Cary-Hiroyuki Tagawa), and Kameyo (Academy Award nominee Brenda Vaccaro). But his relatively quiet existence is shattered when he accidentally summons a spirit from his past which storms down from the heavens to enforce an age-old vendetta. Now on the run, Kubo joins forces with Monkey (Academy Award winner Charlize Theron) and Beetle (Academy Award winner Matthew McConaughey), and sets out on a thrilling quest to save his family and solve the mystery of his fallen father, the greatest samurai warrior the world has ever known. With the help of his shamisen – a magical musical instrument – Kubo must battle gods and monsters, including the vengeful Moon King (Academy Award nominee Ralph Fiennes) and the evil twin Sisters (Academy Award nominee Rooney Mara), to unlock the secret of his legacy, reunite his family, and fulfill his heroic destiny.

There are thrilling action sequences as you watch Kubo go on a relentless journey, searching for three objects. The film’s multilayered story also deals with themes of familial love, loss & grief. 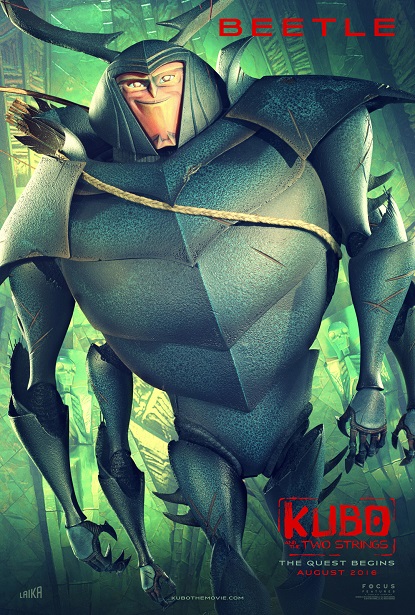 The movie is rated PG. For those with sensitive children or kids under 7, you should take note that there are some elements in the movie that are a little heavy & dark.

In a summer that is filled with reboots & sequels galore, it’s refreshing to watch a completely unique & original story. 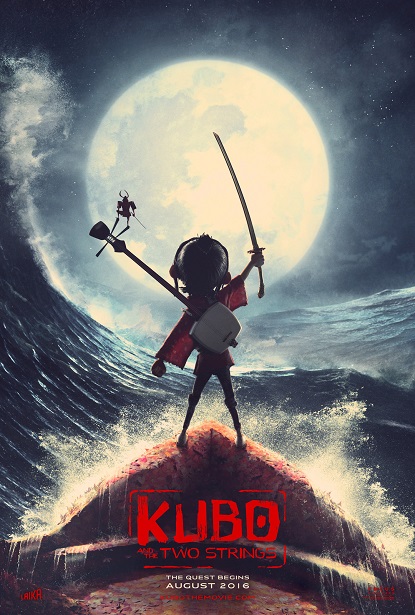 To celebrate the movie’s release, I’m hosting a giveaway for a Kubo and the Two Strings prize pack. 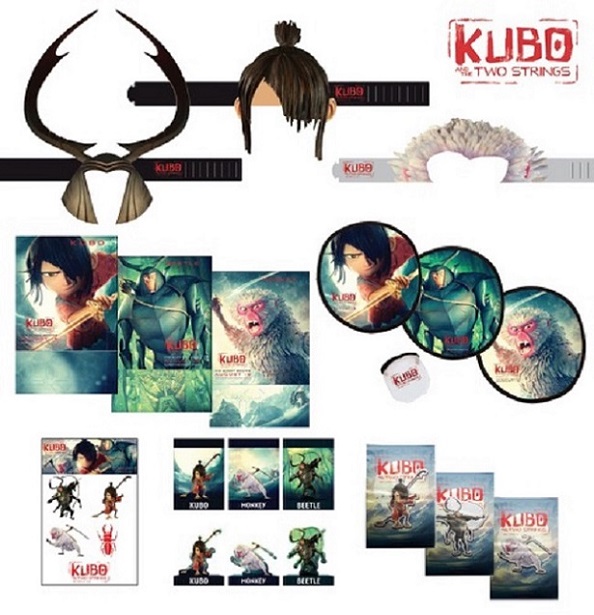 Rules: United States Residents ONLY. One winner will be randomly selected via RaffleCopter and notified via email. Winner must respond within 48 hours to claim the prize or a new winner will be chosen via RaffleCopter. The prize will be fulfilled directly by the sponsor. If you have any additional questions, please feel free to send me an email to realmomofsfv@gmail.com

So tell me, are you going to watch the movie this weekend? If you win this prize pack, who will you give it to?

Disclosure: No monetary compensation was received for this post. I attended an advanced screening of the movie which helped facilitate this review. The images shown in this post are used with permission. As always, my opinions are 100% my own.