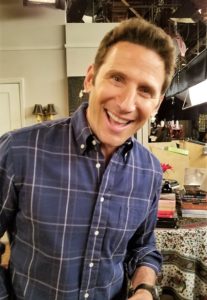 This post was written by guest contributor Ruby Hunt. All opinions are 100% her own. Last Monday, November 13, I visited the set of the new CBS family comedy 9JKL. The half-hour show, created by Mark Feuerstein and his wife Dana Klein, was inspired by Mark’s actual living situation eight years ago in New York City when he lived in an apartment sandwiched between his involved parents (played by comedy legends Linda Lavin and Elliott Gould) … END_OF_DOCUMENT_TOKEN_TO_BE_REPLACED