This post was written by guest contributor Ruby Hunt. All opinions are 100% her own.

Last Monday, November 13, I visited the set of the new CBS family comedy 9JKL. The half-hour show, created by Mark Feuerstein and his wife Dana Klein, was inspired by Mark’s actual living situation eight years ago in New York City when he lived in an apartment sandwiched between his involved parents (played by comedy legends Linda Lavin and Elliott Gould) and successful brother’s family (brother played by David Walton and sister-in-law played by Liza Lapira). Mark’s character (Josh Roberts), in addition to the rest of the Roberts clan, assuage some situations with the help of their building doorman Nick (played by Matt Murray) and straight-talking 12-year old neighbor kid Ian (played by Albert Tsai), who hangs out in the lobby.

“Nanny Wars” — Eve and Josh vie for the attention of Wyatt’s perfect new nanny, Sara (Megan Park), until Josh realizes she is better with babies than adults. Also, after Andrew gets Harry and Judy a new TV, they both remember why they prefer to watch in separate rooms, on 9JKL, Monday, Nov. 13 (9:30-10:00 PM, ET/PT) on the CBS Television Network. Pictured (L-R) Linda Lavin as Judy , Elliott Gould as Harry and David Walton as Andrew, Photo: Cliff Lipson/CBS ©2017 CBS Broadcasting, Inc. All Rights Reserved

We sat in the studio audience seats while we waited to meet the cast to interview and watched (on monitors) a scene for a future episode. From there, we had a view of the apartment sets, all distinctly decorated. We learned from the cast interview that the parent’s apartment decor is modeled after someone Mark Feuerstein actually knows, right down to the post-its on the fridge (which to the actual family, served as a “rolodex”). 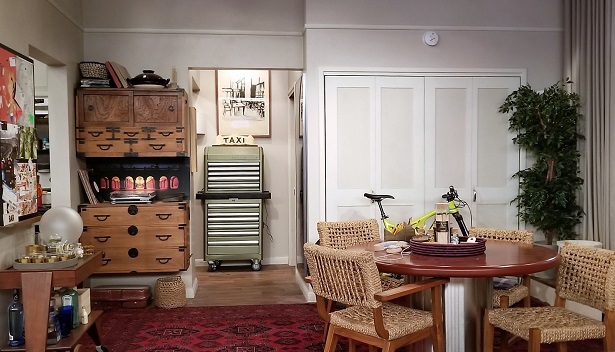 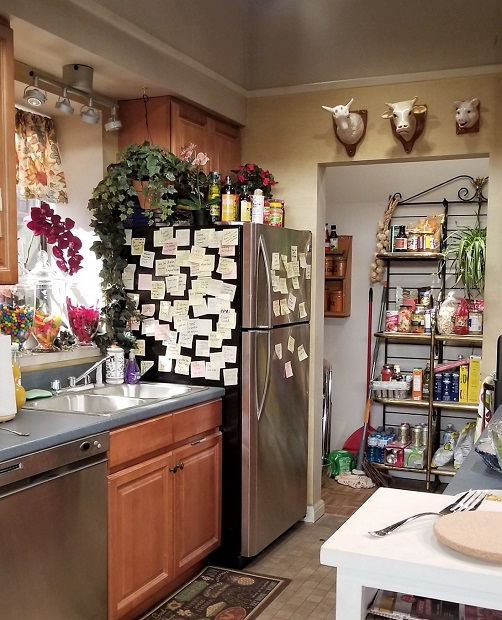 We screened an episode that aired that evening (“The Nanny”), with a theme that was relatable to our audience of mostly L.A.-based Mommy Bloggers. The hunt for the “perfect” nanny is as competitive in New York City as it is in Los Angeles, especially for first-time parents, like the ones Liza and David’s character’s play. David Walton, a father in real life, said “(Nannies) are the hottest commodity…and you will do anything possible to keep your nanny. There’s sort of a weird power struggle…finding a good nanny is something you want to hold on with all your might.”

Linda Lavin and Elliott Gould talked about the other theme of the episode, which was about the older generation adopting new technology. They said it reflected their actual lives. Linda said, “I think we are teachable, but I think that the young people learn it so early that it is their first or second language. But for us it’s way, way beyond.”

While the show 9JKL is loosely based on Mr. Feuerstein’s life, he said episodes past the pilot are written by a “wonderful, brilliant team of writers”, including his wife (and sometimes himself), and the episodes are “not all, totally biographical.” He did divulge to us that his real-life attorney father wanted to dabble again in acting (Mark previously put him in an episode of his show Royal Pains), and made an appearance in the previous week’s episode of 9JKL, “TV MD.” His real-father’s interest may make its way into future episodes as a theme for his TV father’s character. 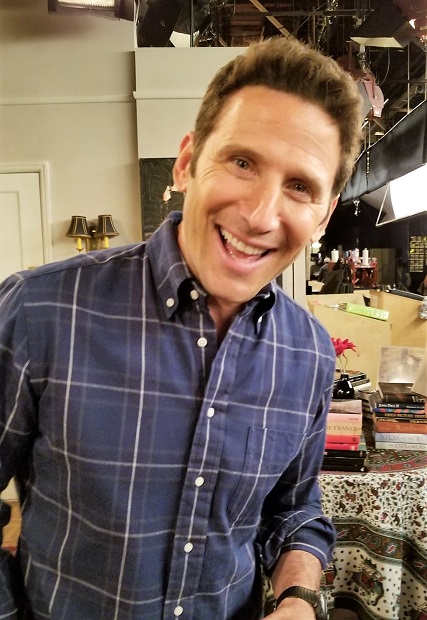 Mark Feuerstein hanging out on the set of 9JKL.
(Photo credit: Ruby Hunt)

Both Mark and Dana were very involved in casting 9JKL. Across the board, everyone cast was their first choice for all of the roles. Mark stated, “We were so lucky to not have to look any further because we got our dream cast.”

I asked Mark if his real-life sister-in-law is Asian. He said, “She is not Asian, but she is honored, and flattered, and privileged to be depicted by Liza, who has taken this character in such amazing realms beyond whatever is the true kernel from real life.

I connected with Liza Lapira on Twitter and she messaged me saying, “Hey there, I meant to answer your question during the panel. It speaks to Mark and Dana’s imagination and creativity that they cast the role of his sister in law Eve, irrespective of race. As they said, the real ‘Eve’ is not Asian American; they simply auditioned a diverse, multiracial group of actors and went with who they felt was the best match for the character. I have so much respect and admiration for Dana and Mark. My career has been a result of this type of character-driven casting and that should give us all a little hope.”

As an Asian-American, I love that they did that and appreciate Liza allowing me to share her quote. And if you don’t already love Mark and Dana after hearing that, this is what Mark said about his wife: “I never forget that it’s all a privilege, and a gift, and I’m so lucky to (be an executive producer, actor, show creator, writer). My wife has been the truest, hard-working, showrunner, genius of this show. She slaves away till three in the morning, four in the morning, with those writers. I am the one who is sent home to put the children to bed around 7 or 8 o’clock, and that’s because we need her brain in that room running things.”

Thanks CBS Television Studios for hosting this event. This was such a fun experience! 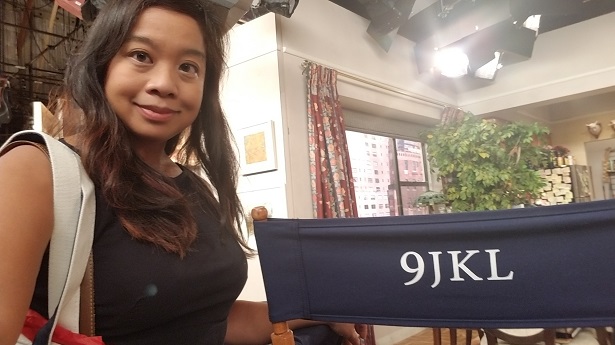 “9JKL” airs on CBS on Mondays at 9:30pm.
Visit the CBS website here for more information.

About the Author
Ruby Hunt is a mom of one and lives in West Los Angeles. She and Jen met at a roundtable interview with Kate Hudson. Her blog, WestsideMommy.com, features her “eclectic mommy life”, which includes: activities, movies, events, food, fitness, TKD, mom-ing, and other random things. Visit her on Twitter (@WestsideMommyLA), Instagram (@westsidemommy) and Facebook.

Disclosure: This post was sponsored by the Role Mommy Writer’s Network. My contributor, Ruby Hunt, attended this media event. All images are her own unless otherwise noted.