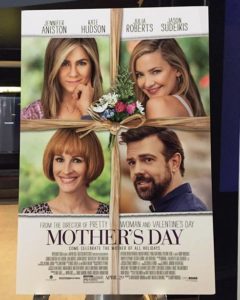 Twenty-something years ago, Garry Marshall directed a young Julia Roberts in what would be her breakout hit, Pretty Woman. After the success of that movie, Julie went on to act in slew of movies, including two other films directed by Garry Marshall (Runaway Bride & Valentine’s Day). So when it came time to fill the cast of Mother’s Day, which opens in theaters on Friday, April 29, Garry called on Julia again. Similar to Garry’s other … END_OF_DOCUMENT_TOKEN_TO_BE_REPLACED