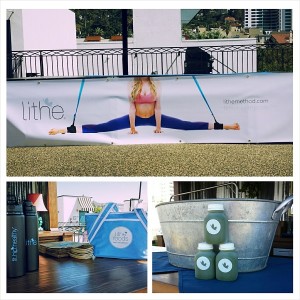 Last month I attended a very fun workout session at the Palihouse in West Hollywood. Lauren Boggi, the creator of Lithe Method, was in Los Angeles for two days as part of her worldwide Lithe Tour 2014. Lauren & her Lithe Method crew had been globetrotting - teaching Lauren's Cardio-Cheer-Sculpting® (CCS) fitness classes in cities such as Seoul, Shanghai, Philadelphia & finally they were here in LA! I was really excited to attend the … END_OF_DOCUMENT_TOKEN_TO_BE_REPLACED 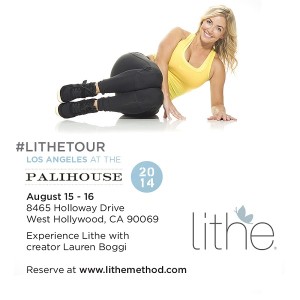 Hey Fitness Friends! I wanted to share with you an opportunity to learn about the Lithe Method. Next week, Lithe creator & celebrity trainer, Lauren Boggi, will be hosting two days of Lithe’s signature Cardio-Cheer-Sculpting workout at Palihouse in West Hollywood. I will be taking part in my first 10k at the end of the month. As a result, I've been training for it by upping my cardio & strength training routine. After watching this … END_OF_DOCUMENT_TOKEN_TO_BE_REPLACED