Last month I attended a very fun workout session at the Palihouse in West Hollywood. Lauren Boggi, the creator of Lithe Method, was in Los Angeles for two days as part of her worldwide Lithe Tour 2014. Lauren & her Lithe Method crew had been globetrotting – teaching Lauren’s Cardio-Cheer-Sculpting® (CCS) fitness classes in cities such as Seoul, Shanghai, Philadelphia & finally they were here in LA!

I was really excited to attend the class, having read about Lauren’s cheerleading-inspired workout sessions that consisted of a lot of cardio, dance-type moves, high kicks & strength-training moves. Lauren even developed a line of Lithe Foods which include fresh-pressed juices, smoothies, breakfast items & snacks, which can be purchased out of her Philadelphia based studios. I got to sample Lithe’s Green Juice & found it to be very refreshing, especially after the workout I had on the Palihouse rooftop!

Speaking of the Palihouse, let’s back up a bit to when I first arrived at the trendy, boutique hotel in West Hollywood. After I dropped off my car with the valet, I just HAD to take a photos of the front entrance (how cute is that awning?), the unique lobby & very cool rooftop area.

The views from the Palihouse rooftop are amazing! 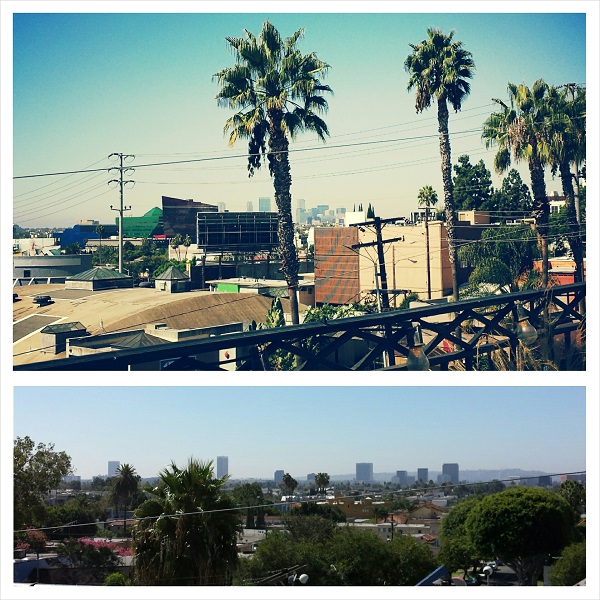 I found the greenery from the plants & the trickling water from the fountain to be very zen-like.

Once all of the class attendees arrived, we were introduced to Lauren & Meredith (Lithe Instructor) & instructed to take our positions in front of our yoga mat. We did a light warm-up, some leg, arm, core exercises, as well as dance-type moves that kinda reminded me of jazzercize. It was all very fun!

Here’s a short video showing the cheer inspired moves during the cardio portion of the workout. All we needed were some pom poms & we’d be working out like a cheerleader! 🙂 Towards the end, we leaned against the rooftop railing to do barre-type exercises. I had taken a couple of barre classes at a Valley studio earlier in the summer, so I was familiar with the leg moves. However, my legs still burned after a while (probably due to the fact that we had done a challenging cardio cheer routine earlier).

Fun Fact: I had seen an Asian woman, along with her group of friends, pose on the stage before class started. I thought to myself, “Oh how cool” but it was only until later that day as I scrolled through my Instagram feed & saw this pic, that I realized it was Joy Cho from Oh Joy! I wanted to kick myself when I found out. I’ve read her book Blog, Inc.: Blogging for Passion, Profit and to Create Community & even bought a few things from her line at Target. I would have loved to chat with her to tell her how much her book helped me. Maybe one day I’ll get a chance to meet her again! Just putting it out there…  🙂

One thing to note is that Lauren had modified the workout due to the summertime heat from exercising on a rooftop during a sunny LA day. I would welcome the chance to take another class inside a studio. After the class, I got to chat with Lauren & found out that there is a very good chance that she will be coming back to LA later this year to teach another pop-up class! 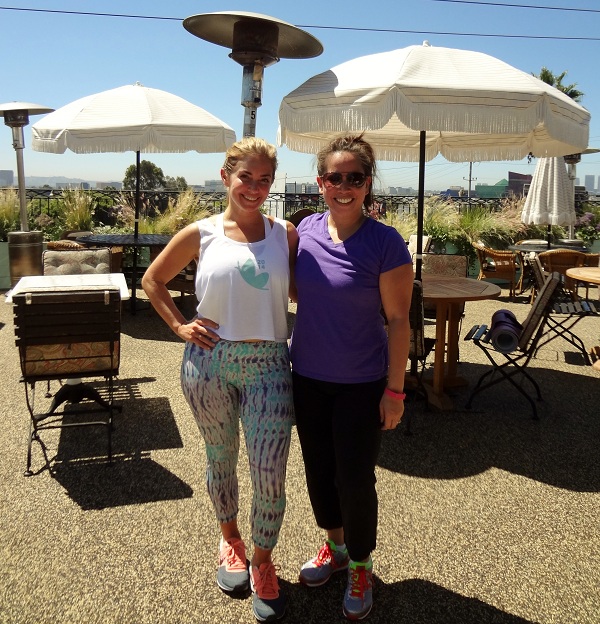 Me with Lauren Boggi

To learn more about the Lithe Method, check out their website here. You’ll also want to follow Lithe on Twitter & Facebook to get the latest updates on when they will visit a city near you. The final tour stop is New York City later this week. NYC peeps, you should check it out!

Disclosure: No monetary compensation was received for this post. I attended a complimentary class which helped facilitate this review. All images, thoughts & opinions are 100% my own.