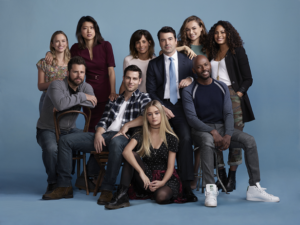 A Million Little Things premieres tonight on ABC at 10pm (9pm Central). Earlier this month I got to screen the pilot episode at PaleyFest. While watching the show, I had a lot of feels & I’m not gonna lie, I teared up a little. You may have seen the TV commercials but if you haven’t, here is a quick rundown. They say friendship isn’t one big thing, it’s a million little things; and that’s true for a group of friends from Boston who … END_OF_DOCUMENT_TOKEN_TO_BE_REPLACED