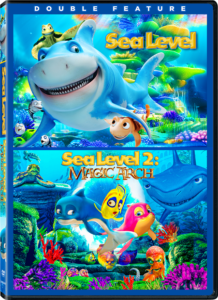 Guess what "Sea Level" fans? An all-new sequel, "Sea Level 2: Magic Arch," arrives in stores and On Demand on September 29th! "Sea Level 2: Magic Arch" is about two sea animal friends who make an amazing discovery. Just under the surface of the ocean, lies an ancient civilization, that is just waiting to be found. When Dephi the Dolphin stumbles upon it, chaos ensues, and a magical transformation occurs! This thrilling, colorful comedy … END_OF_DOCUMENT_TOKEN_TO_BE_REPLACED