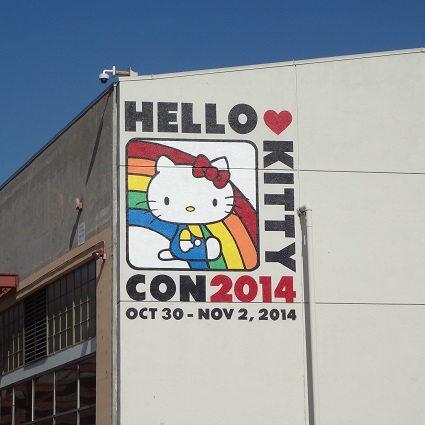 Hello Kitty Con took place at The Geffen Contemporary at MOCA (The Museum of Contemporary Art) in DTLA. It is literally steps away from the Little Tokyo district, where you can shop at the Sanrio store & get your sushi on! 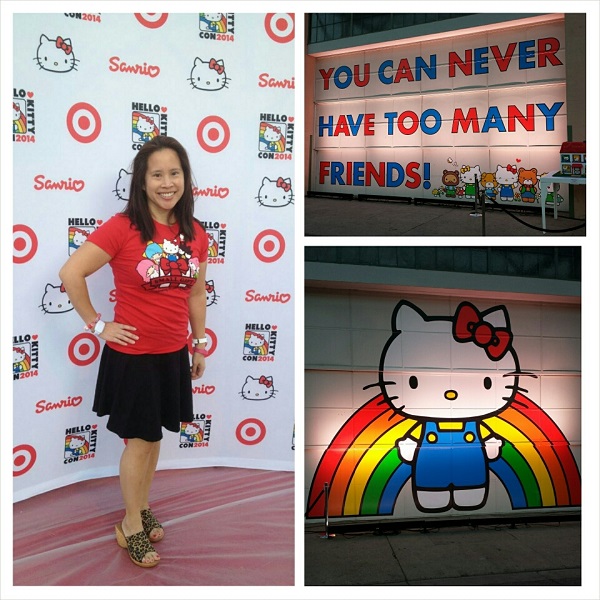 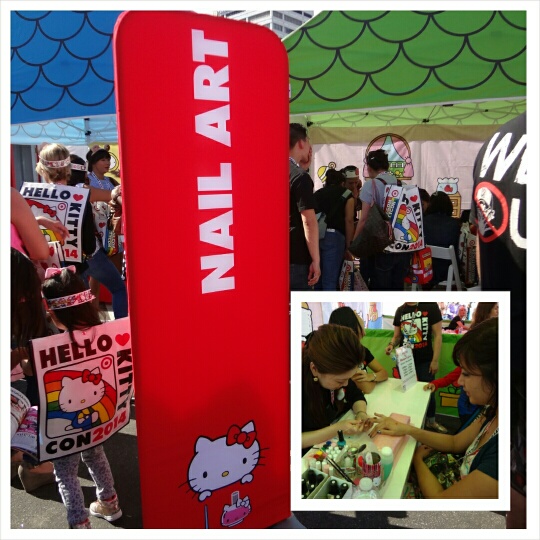 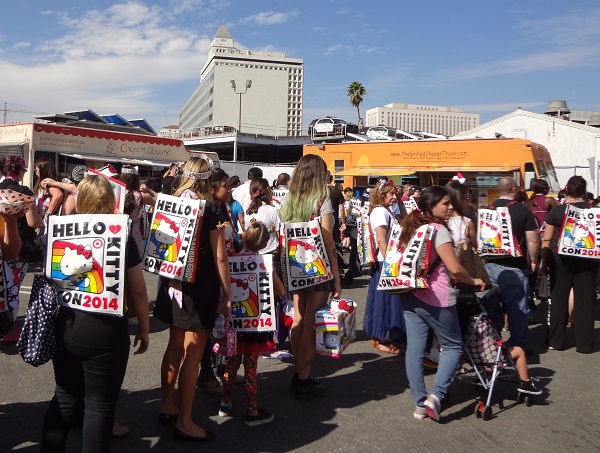 However no food truck can compare to this sweet Hello Kitty Cafe Food Truck! If you missed out on getting any sweet treats from this truck, take note that there are plans to open a Hello Kitty Cafe in Orange County, CA by Summer 2015!

Melissa’s Produce sponsored the cutest Hello Kitty Pumpkin Patch, where you could pick your own small pumpkin & decorate it like Hello Kitty. 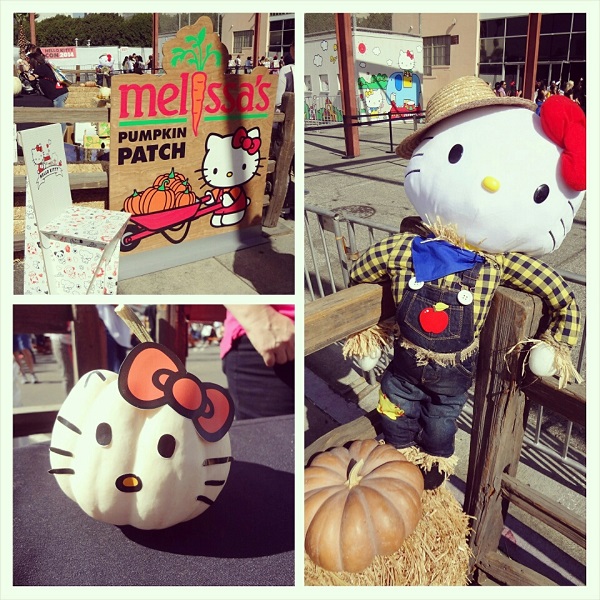 There was so much to see inside Hello Kitty Con! You could take photos in front of these super cool set pieces inside Friendship Village. 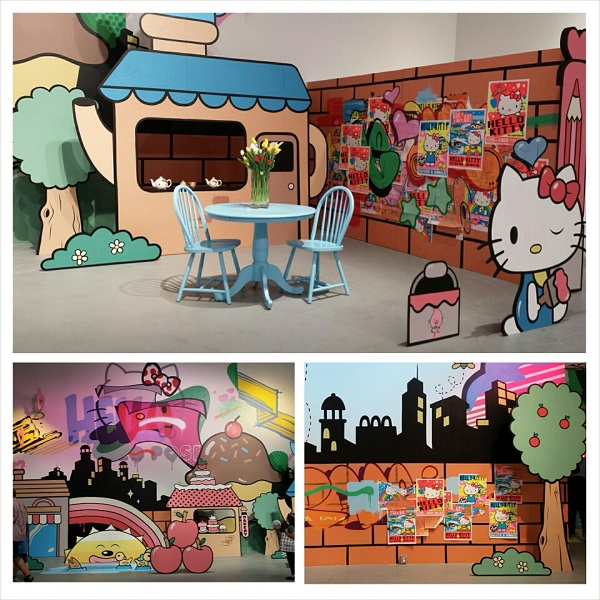 There was even a camera set-up so that you could take a video selfie. Here’s what mine looked like: http://instagram.com/p/vAa4DYiFKQ/?modal=true. Total goofball, lol!

Hello Kitty artwork was on display.

Nearby was a Hello Kitty Money Booth Game. The idea is that you get inside the booth, wind blows around along with white & green Hello Kitty dollar bills. The object is to grab the green bill & then you win a prize. It’s much harder than it looks but I was determined to win something. Luck was on my side & I won this cute Hello Kitty cupcake stand! 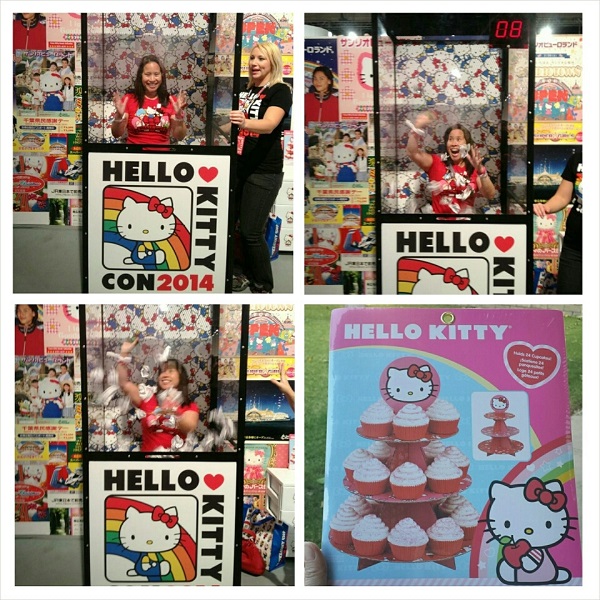 There was SO much cute Hello Kitty merchandise for sale inside the Friendship Station Pop-Up Shop! I wanted one of each item from this Hello Kitty/My Melody set.

Also at the Con was a Hello Kitty Tattoo Shop. Unlike the kid-friendly temporary tattoos out on the Sweet Happy Plaza, these ones were permanent & you had to be 18 years or older to enter. A friend of mine who went on Saturday was going to get one but people had been lined up since 7am. Wow, that’s dedication!

Over on the Super Supermarket side, they had specialty co-branded merch from JapanLA, Beats by Dr. Dre, Ju-Ju-Be & many more!

The very first thing I saw when I stepped into the Super Supermarket was the Spam display. My parents are from Hawaii, so I was raised on Spam & eggs, Spam musubi, Spam with crackers…you get the idea. This booth was practically calling my name!

Party City had this super cute Hello Kitty statue that they were raffling off at the end of the Hello Kitty Con. I entered the giveaway, so fingers crossed! 🙂 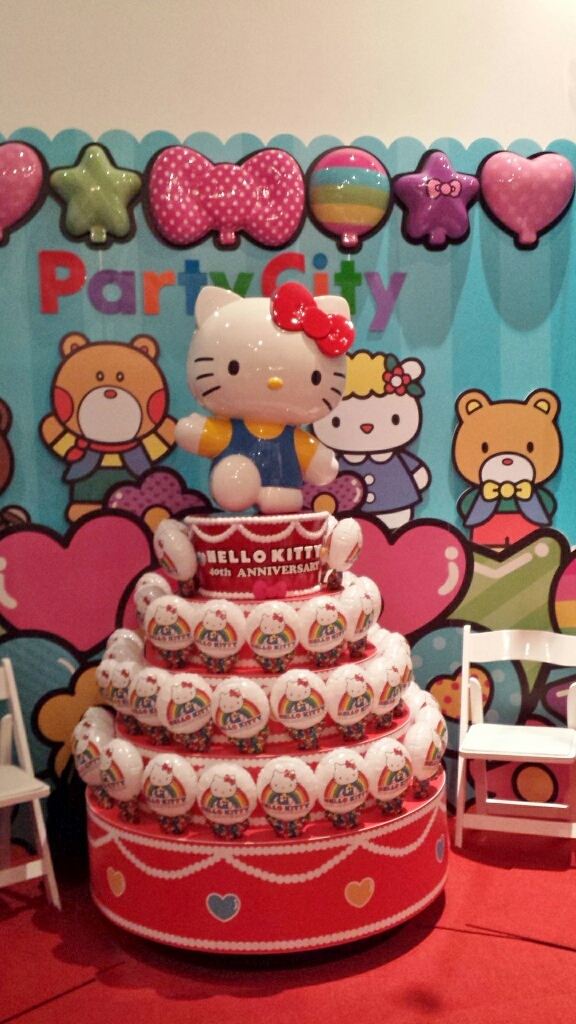 You’ll remember from a previous blog post that Dylan’s Candy Bar was going to be featured at Hello Kitty Con. Check out these yummy looking treats & necklace! 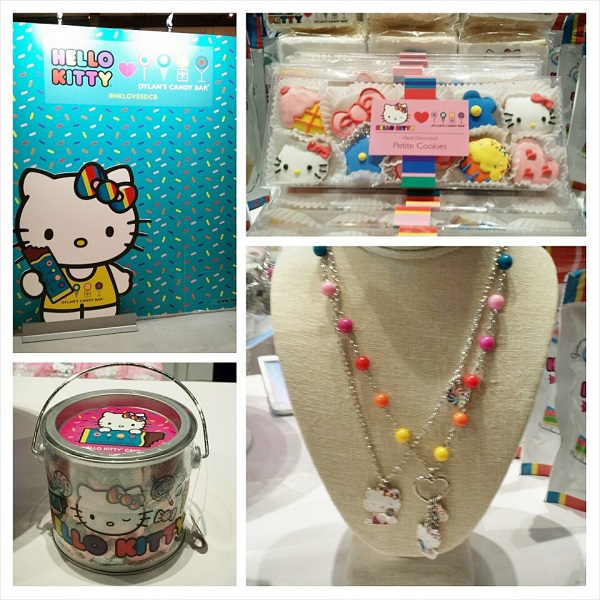 Hello Kitty Con was super fun, crowded & overwhelming at times, but it was totally worth it for the experience. There was so much to do, see & buy that at the end of my time at MOCA, I had to stop & chill out in the Zen Garden next to this cute statue. 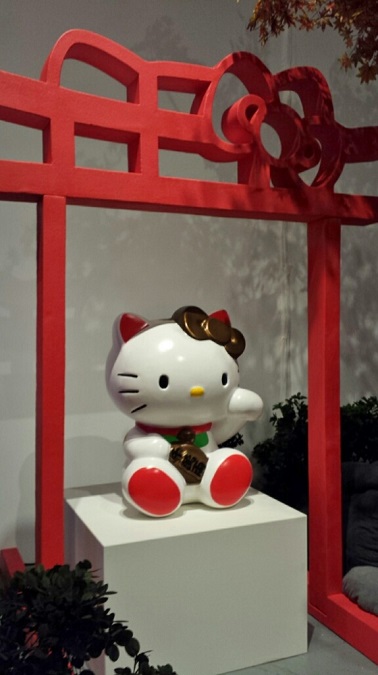 Hello Kitty Con might be over, but the 40-year retrospective at the Japanese American National Museum (JANM) is still going on! Check back soon for my recap of Hello! Exploring the Supercute World of Hello Kitty which is on exhibit at JANM through April 2015. Check out this sneak peek!

Disclosure: No monetary compensation was received for this post. I received a media pass to attend Hello Kitty Con Preview Night. I purchased my own Hello Kitty Con ticket to attend a second day, which enabled me to see the special exhibit at JANM. All images & opinions are 100% my own.