Tamar Barazani is a licensed bilingual Speech and Language Pathologist who has been in practice for 10 years. She has a background in Applied Behavioral Analysis (ABA) & also obtained her Master’s degree in Speech Pathology. Tamar founded her practice two years ago in Encino, CA.

I first got to know Tamar through social media. A family member of mine works as a speech pathologist at a school, so I am somewhat familiar with the training one goes through. I was intrigued with Tamar’s story about opening up her own practice after working with an established speech therapy center for several years. I can only imagine what it felt like to strike out in business on your own. I find it encouraging to read what Tamar has experienced & hope you do too! 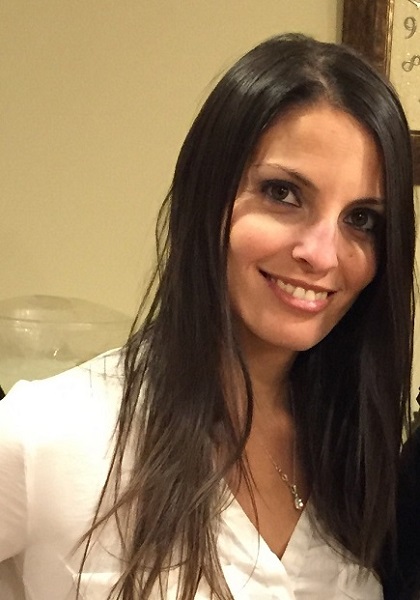 How/why did you begin your business?
Tamar: I created and founded my business after the local speech therapy center I worked with for eight years unexpectedly closed. The center closing without notice was the perfect opportunity to turn an unfortunate situation into the perfect opportunity. I was determined to make the dream of being my own boss a reality. I grew up in an entrepreneurial environment, my father owned several businesses in a variety of fields. Although I was completely devastated by the loss of a job, I was feeling motivated. I tapped into the influence of my upbringing and founded my own practice Tamar Barazani, M.S., CCC-SLP in 2013 in Encino.

As a working mother, what is one tip or piece of advice that you would give to other female entrepreneurs?
Tamar: I’m the lucky mother of two young boys ages 7 and 5 years. I create my own schedule; I work during the school day so that I can be around after school for my little guys. I also rarely have to miss daytime activites for my boys and that has been incredibly rewarding. My one piece of advice that I give to female entrepreneurs is to take the plunge of following a dream despite the fear that surmounts. Of course that’s easier said than done, but, if you don’t try you will never know. At first I was completely scared, experienced failure and was uncertain, but I was willing to work through the difficulties to reach the other side, so to speak. Mothers, who identify their number one job as being mothers, understand and recognize the importance of independence and modeling female success for their children.

What do you like best about having a business in the San Fernando Valley?
Tamar: Location. Location. Location. I love being able to work close to my home, my children, and in a community that I’ve spent my whole life being a part of.

If there was one thing you wish you knew before you began your business, what would that be?
Tamar: If I could start over, I would have tried to establish more connections and referral sources in my community. I worked for a practice that was around for over 40 years, and hadn’t needed to connect much outside of the center; there is a tremendous amount of value in networking.

Talk about taking lemons & turning them into lemonade! I love how Tamar seized the opportunity of going into business for herself. Sometimes it takes the loss of a job to open up a new chapter in your life.

Tamar works with children of all ages specializing in autism, apraxia, language delays, articulation disorders & a variety of other speech & language disorders. She provides services in both English & Hebrew. Check out her website & Facebook page for more information!

Disclosure: No monetary compensation was received for this post. The image shown in this post is used with permission. As always, my opinions are 100% my own.