Star Wars fans took over the Anaheim Convention Center for four days during a conference called Star Wars Celebration. It was crazy fun, a bit overwhelming at times but I’m glad that I got to experience it, especially since my hubby & daughter are huge fans. 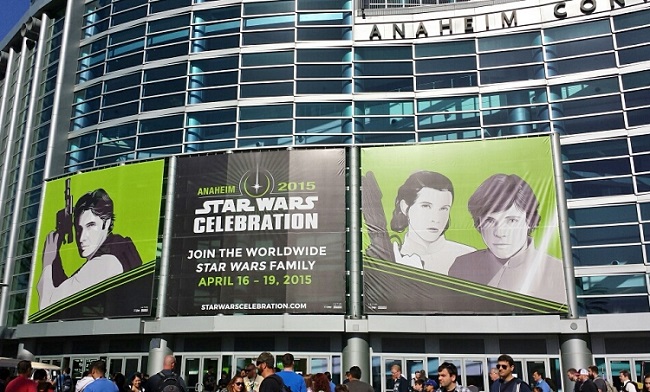 Being that I used to work in the toy industry a million years ago, I always like to look at the merchandise at these conventions. Star Wars has always been an evergreen property in the licensing world, so naturally there were all kinds of toys & merch to look at, play with & stand next to for photo opps.

I thought this product was hysterical, because who doesn’t want to start off their morning with a little ‪‎Star Wars‬ toast?! That toaster is right up there with the Hello Kitty rice cooker that I’ve always wanted but never bought. 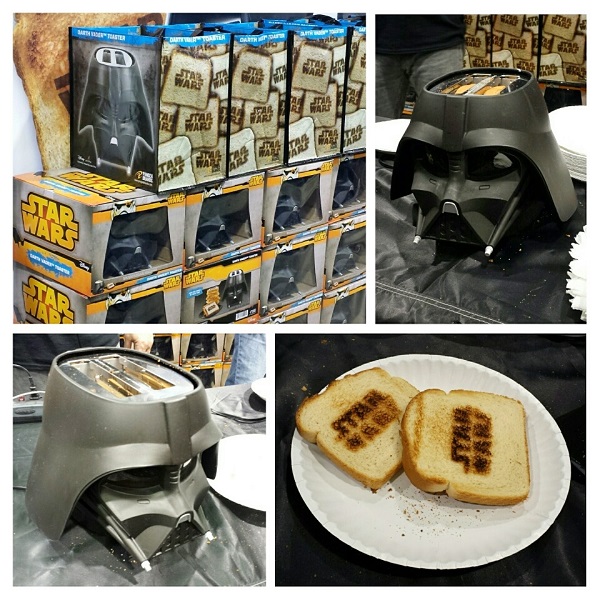 Want to play Risk, the Star Wars version? This board game comes out later this Fall, just in time for the holidays. I just may buy this for one of my hubby’s brothers this Christmas. Only one of them actually reads my blog [Hi Roger!], so maybe it can still be a surprise. Shhh…don’t tell. 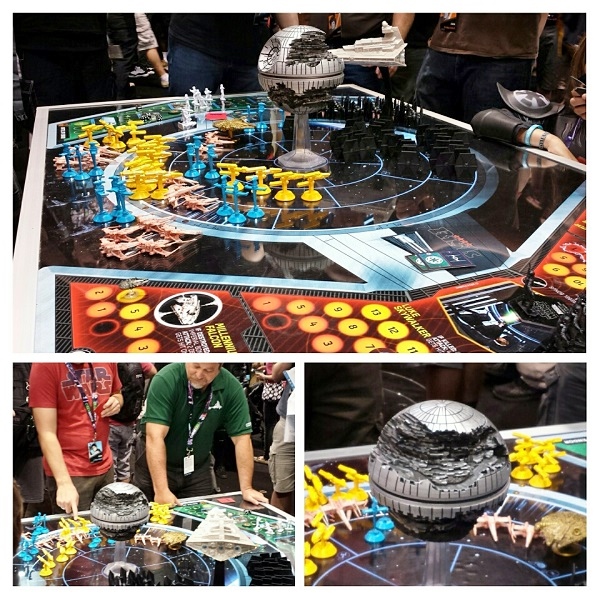 We saw some itty bittys & one not so itty bitty Darth Vader! A huge Mr. Potato Head was next to his booth that showcased a Star Wars Darth Tater, among others. There was even a giant Furby! 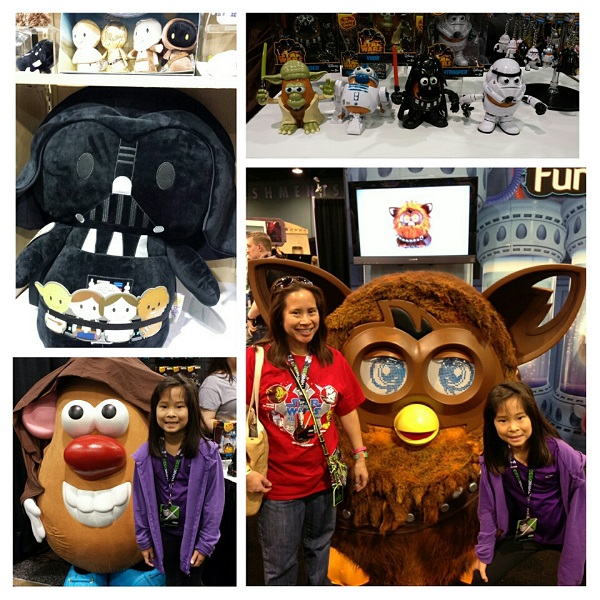 Speaking of Furby, Hasbro is bringing Furbacca to a store near you this Fall. My daughter already has a Furby Boom, which drives me up the wall with its endless chatter & noises. I admit that it’s really cute (see video below) but I’m just praying that no one gets her this thing for Christmas.

My time at the convention wasn’t all about toys. I stopped in to see my friend Mindy speak at Chris Gore’s PodCRASH panel, which took place on the second floor of the convention center. It was a nice reprieve from the sensory overload that was taking place on the main floor. You can read all about Mindy’s panel experience over on her blog, Budget Fairy Tale. 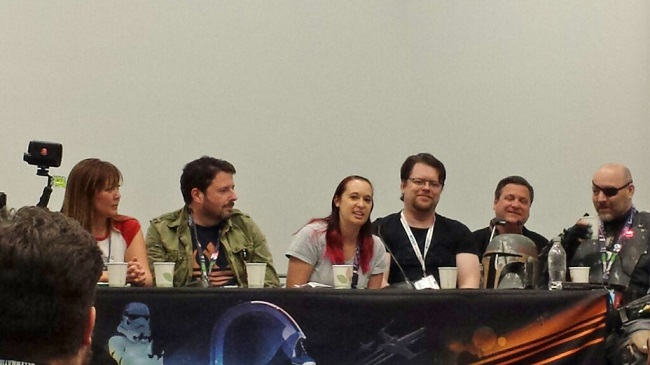 I share a fondness for Ewoks just like Mindy. I might even go so far to say that Ewoks are my spirit animal (tied with Hello Kitty)! In fact, I was quite annoyed when Lucas changed the original ending of Return of the Jedi & deleted the “Yub Nub” song. So I was happy to see Ewoks represent at Star Wars Celebration! 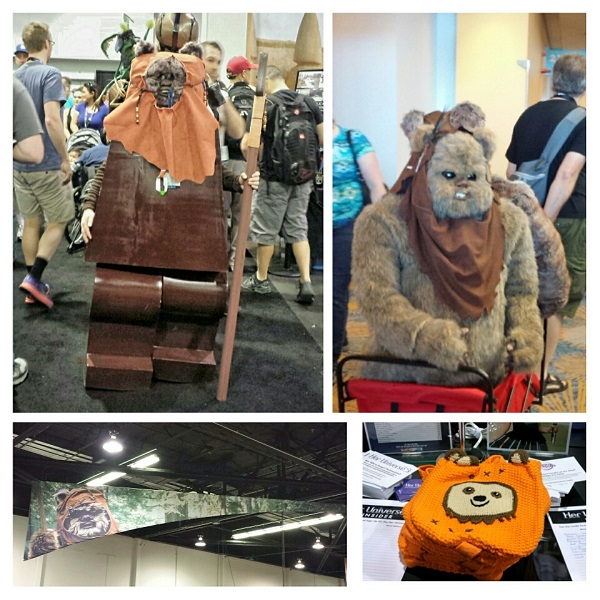 Sadly my kiddo doesn’t share my enthusiasm for Ewoks, but she did pose for this picture with me. 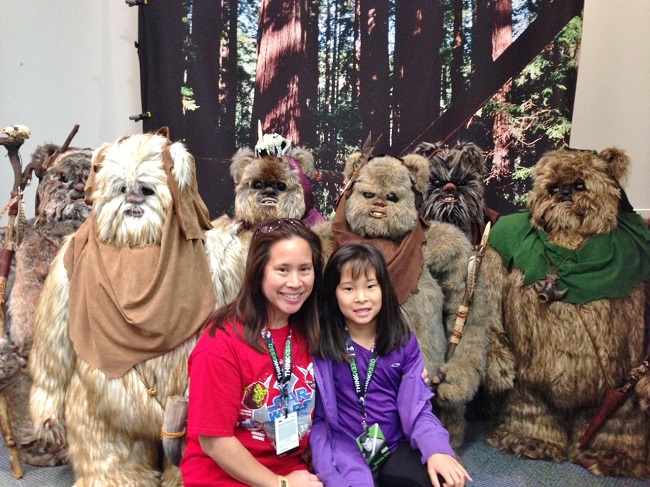 There were tricked out Star Wars cars on display at the Hot Wheels section. This one was my fave! 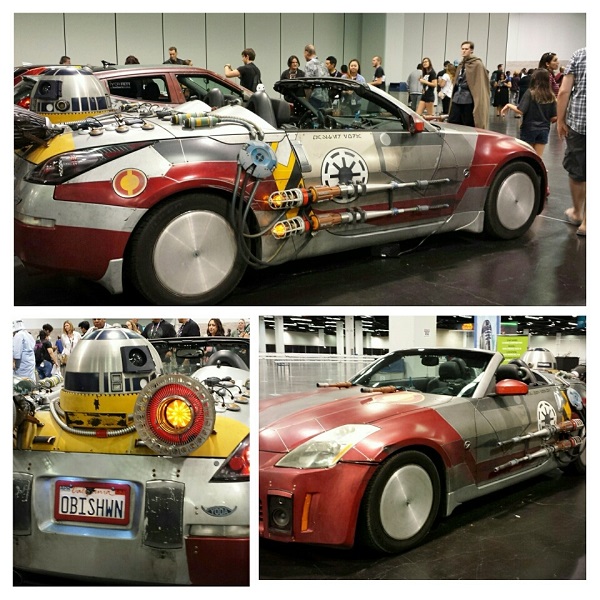 Lots of Star Wars apparel for sale. Most of the booths had super long lines. I really like the black Star Wars shirt from Her Universe, which I might get online if I end up doing the Star Wars 10k again. 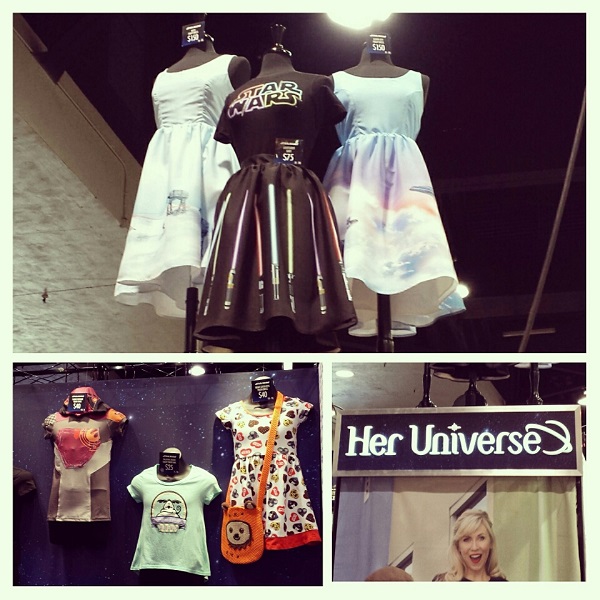 It wouldn’t be a Star Wars convention without costumes! My personal favorite is the senior citizen Star Wars. Two of the three people had AT-AT walkers, but the one on the far left was awesome! Too bad I didn’t have a better angle of it. 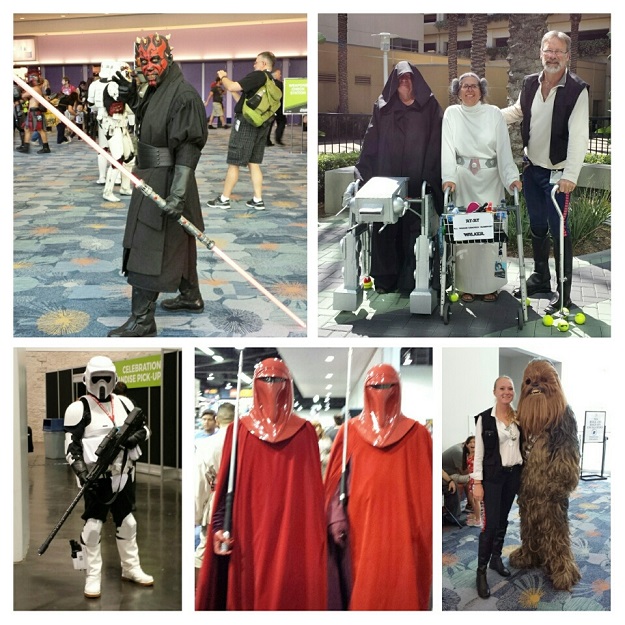 Here is the real deal though! 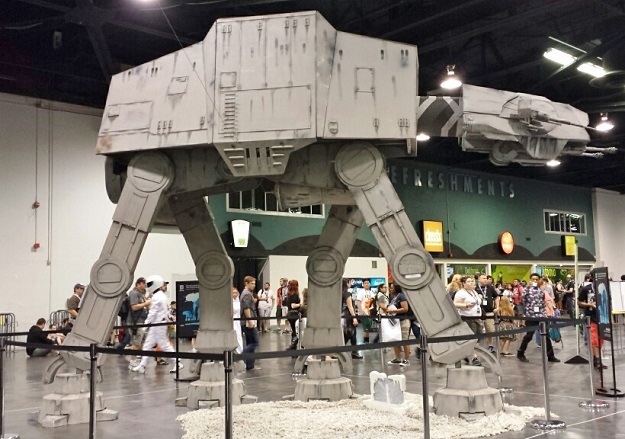 There was so much to see & do at Star Wars Celebration. So many panels, so little time… I did get to attend the Star Wars Rebels panel & press conference, as well as preview the first two episodes of Season 2. It was awesome!

Disclosure: No monetary compensation was received for this post. I received a media pass to attend Star Wars Celebration which helped facilitate this review; however, my family happily paid for their own entry to the convention! All images & opinions are 100% my own.