The following three books are ones that I am happy to recommend & super glad to have read. Those books include:

One of the great things about reading a good book, especially with memoirs is that it transports you back in time & gives you the  ability to experience what life was like for the author during that time period of the book. There are three memoirs that I’ve enjoyed recently & I think perhaps you will too!

While it’s no secret that I enjoy watching TV, my first love as a child was reading books & getting immersed in a world that was different from my own. Whether it was a Judy Blume, Nancy Drew or Jackie Collins book – I found everything I devoured to be much more interesting than the life I was living as a kid/tween. Fast forward to present day & I’m still eagerly reading books, it’s just more of a challenge to fit it into my schedule. The following three books are ones that I am happy to recommend & super glad to have read. 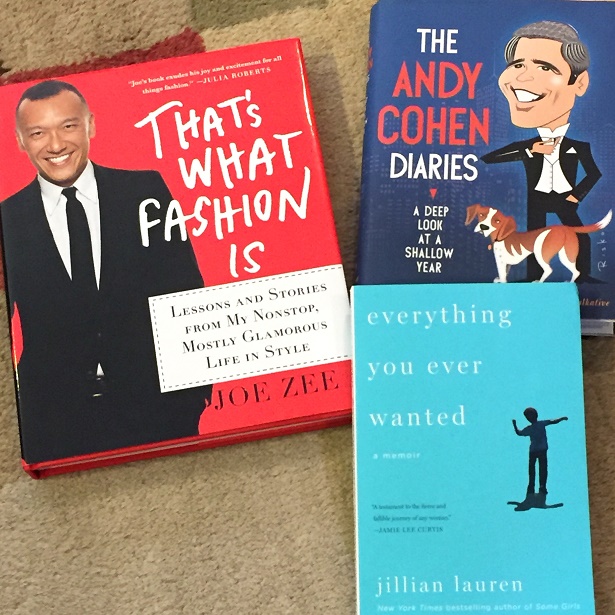 First up is “The Andy Cohen Diaries: A Deep Look at a Shallow Year.” I bought the hardcover last year & also went to his book tour stop in LA/Hollywood. I had always wanted to write a blog post about that experience but just didn’t get the chance. Now that the book has recently come out in paperback (it dropped on November 3rd), it renewed my interest in writing about it again. Currently Andy has been touring the country with Anderson Cooper doing a one on one style interview/show. He is also signing books at those tour stops. Now with the paperback out, he’s doing more book signing at traditional bookstore but they all appear to be on the East Coast. I’m guessing he’s sticking to that side of the country so that he can be close to NYC where he is busy taking over the world with producing the Real Housewives franchise, interviewing celebrities & Bravolebrities for his “Watch What Happens Live” TV show & hosting duties on his new radio show called “Radio Andy.” The dude is a bonafide media mogul!  I mean he’s already written two books, what’s next a magazine called “Pop Andy” that could be in the same vein as Oprah’s “O” magazine?

But back to the book…The Andy Cohen Diaries is a quick, fun read. It plays out just like a diary, with daily journal entries of what Andy ate for dinner, who he interviewed, what fabulous celebrity friend he went on vacations with, the type of workout he did with “the Ninja.” To this day I’m unclear whether the Ninja is the same trainer that Yummie Tummie CEO Heather Thomson trains with or if it’s a different dude altogether. Maybe if I read it again I’ll figure it out. These are the things keeping me up at night! No not really but the book does a great job of providing background & insight into the inner workings of reality TV producing & the headaches that Andy endures with running a successful reality show franchise.

The one on one tour that Andy is currently doing with Anderson Cooper seems similar to what he did for his “The Andy Cohen Diaries” promotional book tour. I enjoyed watching his interview with Sarah Silverman last November at the Montalban theater. With the tables turned, Andy gets grilled by comedian Sarah Silverman.

During this stop on the tour, Andy talked about his guest appearance on Season 2 Episode 1 of “The Comeback” which is the Lisa Kudrow HBO show that pokes fun of reality shows. He also did a Q&A at the end where people asked things like “Who is your favorite housewife?”  or “Why didn’t you press Teresa Giudice harder during the last reunion show about her fraud charges” or tell us about that minor spat you had with Barbara Walters while you were live on “The View.”

After the interview ended, we all lined up for what felt like an eternity to get our book signed (or in my case books) signed. Yes, I am such a fan of his that I brought both of his hardcover books to sign! 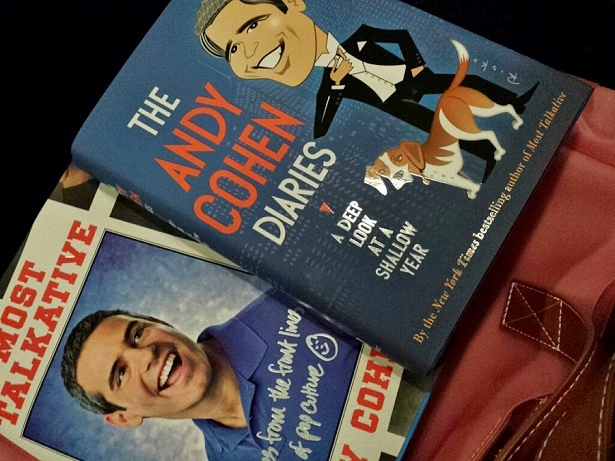 When it was my turn to have him sign my books, I had it in my head to say something about how I have a blog & how I also like to write/talk about deep & shallow things (like his book title) but instead I just said “I love your shows!” I think I also said “I like YOU!” because he looked at me kinda weird (or maybe it’s his cross-eyed stare) but in any case I kind of screwed up that moment & maybe one day he’ll write another book & I can redeem myself at one of his future book tours. 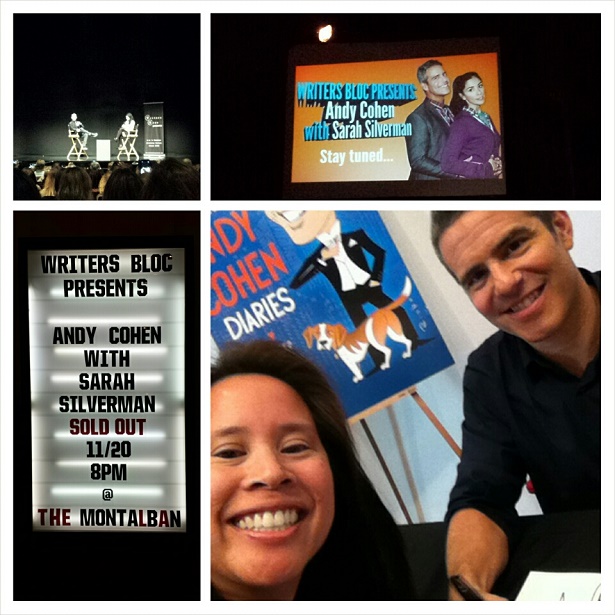 Speaking of getting deep with my thoughts, although most of my blog is pretty shallow, I mean come on it’s all about where I eat, what I drink & places that I workout at – I do have the capability of going deep, like I did here when I wrote about a MultiCulti Mixer that I attended & what it means to me.

Getting back to books…recently I was listening to Radio Andy on XM Radio where Andy Cohen was interviewing Connie Britton about her various TV shows & they got around to the topic of how Connie adopted a son from Ethiopia. It reminded me of the time that I was introduced to Jillian Lauren.

Jillian Lauren’s first book was entitled “Some Girls: My Life in a Harem” & all you need to do is Google it or look up the title on Amazon & you’ll learn everything you need to know about her past experience. In a nutshell, Jillian dropped out of theater school at the age of 18, took up “dancing” & then became a member of Prince Jefri Bolkiah’s harem who is the youngest brother of the Sultan of Brunei.

Jillian’s new book “Everything You Ever Wanted” isn’t about that experience though. It’s about how she met her husband, got married & she recounts her struggle to have children. It chronicles her journey of the adoption process & how after she brought home an Ethiopian child, Jillian discovered that he is a child with special needs. From the moment Jillian sat in a chair in the middle of my friend’s living room & read the prologue to her book, I was riveted by her story.

Following the reading, Jillian talked about her experience & took some questions from the audience. Jillian spoke about her writing process & how it is different from blogging. In addition to writing novels, Jillian maintains a blog & also has published pieces in various online news publications. I was fascinated in how she juggled being in the middle of the adoption process, writing her book & just being able to focus on writing her personal narrative whether through her blog or in short essays. This woman rocks!

Speaking of women who rock, the room was filled with ladies who shared their thoughts & experiences of infertility, adoption & raising children. It was awesome to make a connection with these individuals. 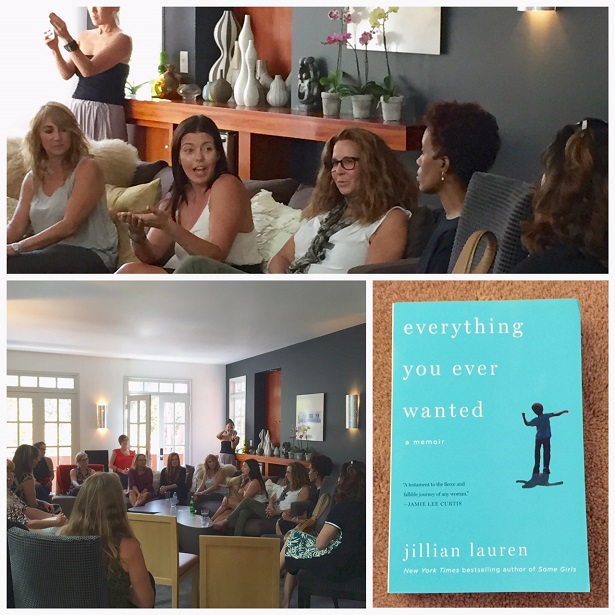 So this brings me to my last book. Joe Zee…I have been following his career for a while now. I’ve often seen him on daytime television news shows talking about fashion, the latest magazine cover that he styled for or remarking on the style choices of certain celebrities as they walk the red carpet to a premiere or awards show. I’ve also watched him on shows like “The City” which I was obsessed with when it was on the air. Currently you can catch Joe Zee on “FABLife” which is Tyra Banks’ new daytime talk show. 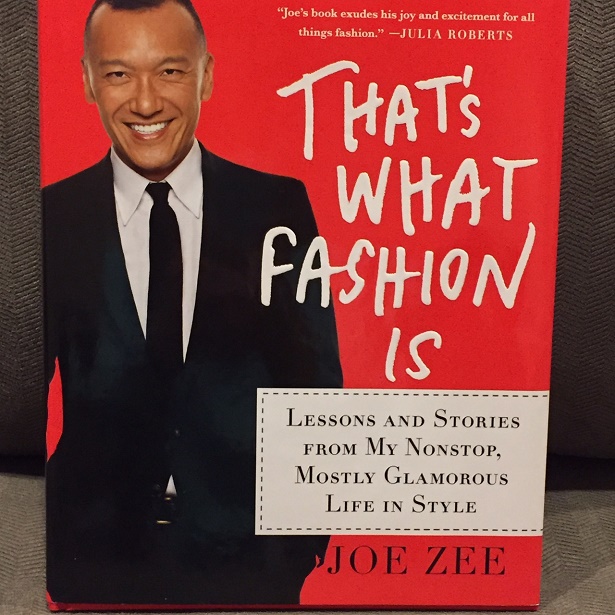 I first learned of Joe Zee’s book when I was listening to EW Radio. Jessica Shaw was interviewing him & asking questions about his new book “That’s What Fashion Is: Lessons and Stories From My Nonstop, Mostly Glamorous Life In Style.” Joe talked about growing up as a gay, Asian boy & how he got into fashion. While I am not gay, I can relate to what he is saying, growing up as an Asian kid in a predominantly white neighborhood in the 80s & 90s. 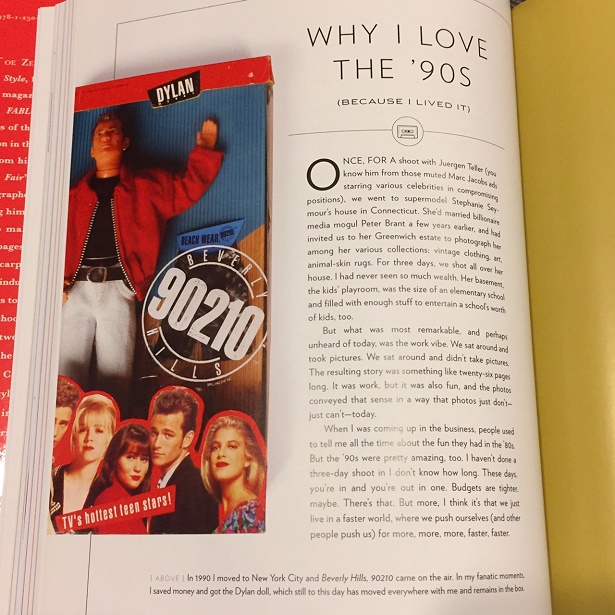 Joe gives a witty, fun peek into the world of fashion. It’s a great read AND coffee table book because he has great photos & gives fashion advice. He even helps out budding fashionistas/photographers & bloggers by recommending his favorite photo apps. So naturally I downloaded a few & have started to experiment with some of them. 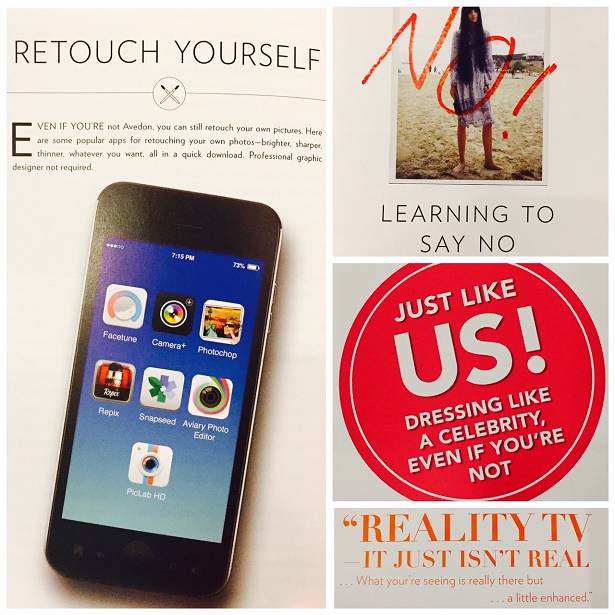 This is a really good read for anyone who wants to get a better understanding of what it is like to work in fashion. It’s not all glamour but it’s not all “Devil Wears Prada” either. Joe Zee does a great job of showing the industry, warts & all, but also imparts great advice for those who want to break into it.

So what do these three books have in common besides being memoirs? All three have an incredible backstory, are a great read & also have an element of pop culture. How is Jillian’s memoir remotely connected to popular culture? She is married to rock star, Weezer bassist Scott Shriner, so that my friends, is how I make the leap or connection. I also think all three authors do a great job of pulling you in, making you understand their world & you come away with a better understanding of what it is like to walk in their shoes.

So tell me, which of the three books would you most like to read?

Disclosure: No monetary compensation was received for this post. I was invited to Jillian Lauren’s book party where I received a complimentary copy which helped facilitate this review. The other two books I bought with my cold hard cash! 🙂 As always, my opinions & images are 100% my own.