Last week I attended the MultiCulti Mixer in Brentwood that was hosted by my friend Sonia Smith-Kang. She is the owner of Mixed Up Clothing. I have always been interested in the topic of multiculturalism. You see, while growing up in Simi Valley in the late 70’s & 80’s, my cultural heritage has (and continues to) always come into question. I look Asian, but people were always confused by my last (maiden) name of “Valdez.” Simi Valley did not have a lot of diversity back then so kids always confused me with being Chinese. They had never heard of the country of the Philippines or of Filipino people. They did, however, know about Hawaii which is where my parents were born. So people thought I was Hawaiian. I’m not Hawaiian by blood, but my parents are Hawaiian in the same way as I am Californian. It used to frustrate me as a child, but I got used to it.

Interestingly enough I am not of mixed race. Both of my parents are Filipino, but I do have a lot of cousins that are hapa haole – half Filipino & half Caucasian. So naturally when some people saw me with my cousins, they thought I was hapa haole too! Ain’t nothing wrong with that, but I’m not, I’m just me! 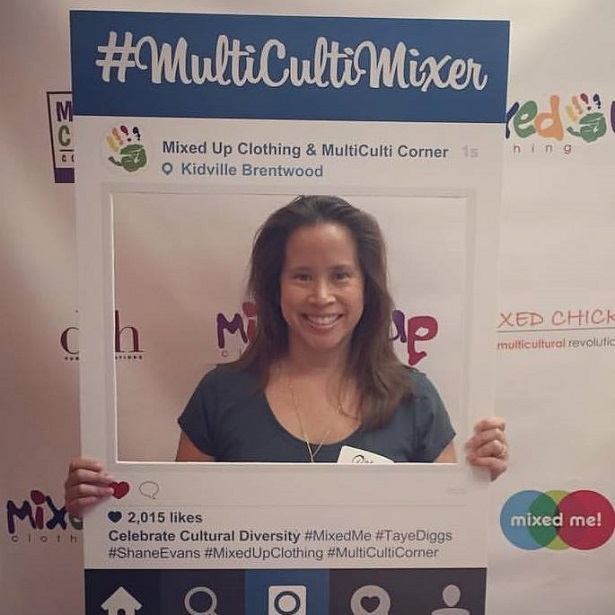 Flash-forward to 2015 where we are living in a world (post-Obama) yet as much as some things change on a racial level, the more things stay the same. That was very evident during a panel discussion which was entitled “Raising Multiracial/Multicultural Children” which was moderated by Sonia Smith-Kang & featured Melinda Alexander of Mumu Mansion, Pastor Christopher Colbert & Elena Epstein of L.A. Parent Magazine. I was excited to hear that Pastor Christopher’s daughter was the little girl in that infamous Cheerios commercial. It’s the one featuring an interracial family & the little girl dumps Cheerios on her African-American dad. However, I was saddened to hear that Pastor Christopher’s daughter was bullied as a result of that commercial & is now home-schooled. 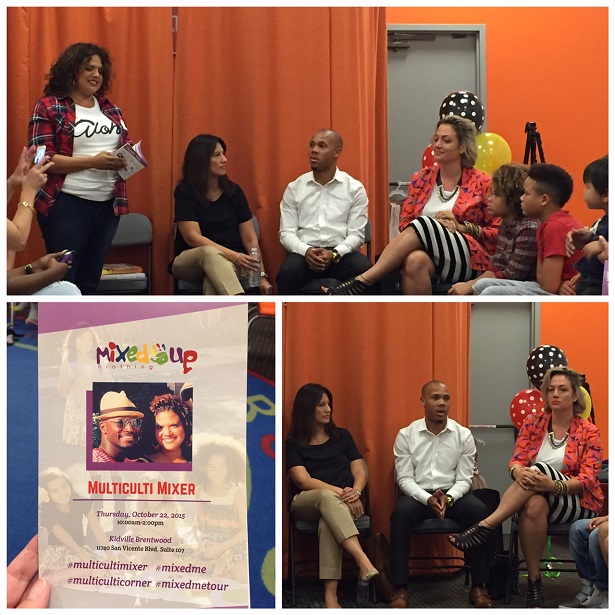 The panel brought up a lot of interesting points about how to introduce the topic of race with your child. The overall consensus was to talk about it at an early age, be proud of your culture & celebrate it! In terms of racism or ignorant comments that kids might hear, I learned that as parents, we need to equip our kids with the tools so that they can be prepared for certain situations. I really haven’t delved too much into that subject with my own daughter, so hearing this panel really made me think that it’s about time to broach that subject with her.

Sonia Smith-Kang brought up an interesting point in that she always makes sure to have “People Color Crayons” from Lakeshore Learning in her home. I know growing up I would have liked that set of crayons because it’s one thing to color Cinderella in whatever color is found in the Crayola box, but I had to mix up various crayon colors to get my skin tone. 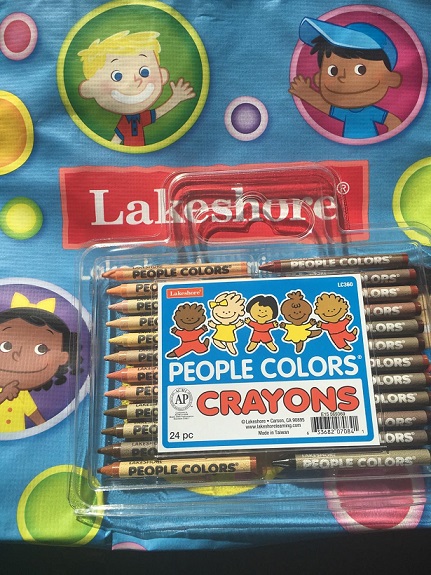 Now that may not be a big deal for some people, but as someone who worked in the toy industry & has a young daughter, it IS a big deal because if you don’t have exposure to products that look like you or colors in a box that represent your skin tone, then you begin to feel like your voice or “look” doesn’t matter. I know that because when I played with Barbies as a child, I didn’t have an Asian doll so I gravitated towards my Dorothy Hamil doll & Marie Osmond doll because they were at least brunette.

After the panel, it was time to start the Mixed Up Clothing fashion show! Now for those who haven’t heard of this clothing line, let me just say that the feeling & branding is reminiscent of those old Benetton ads from the 80’s but that’s where the similarity ends. 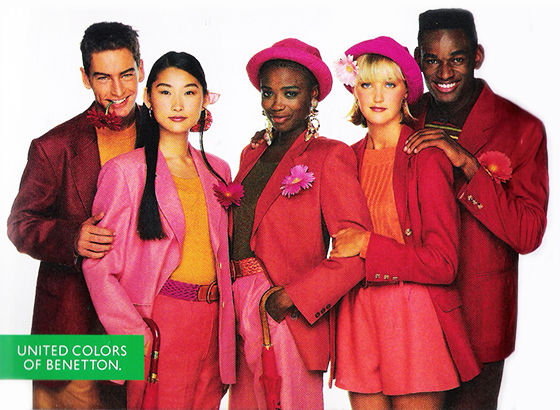 The Mixed Up Clothing fashion label is a multiethnic children’s clothing line inspired by the textiles, cultures and people of the world, to develop friendships through fabrics. I just love the line, especially their “Hello From Around the Globe” line of tees & tanks.

Check out these pics from the fashion show! Just adorable – the clothing fabric, prints & the kids too! 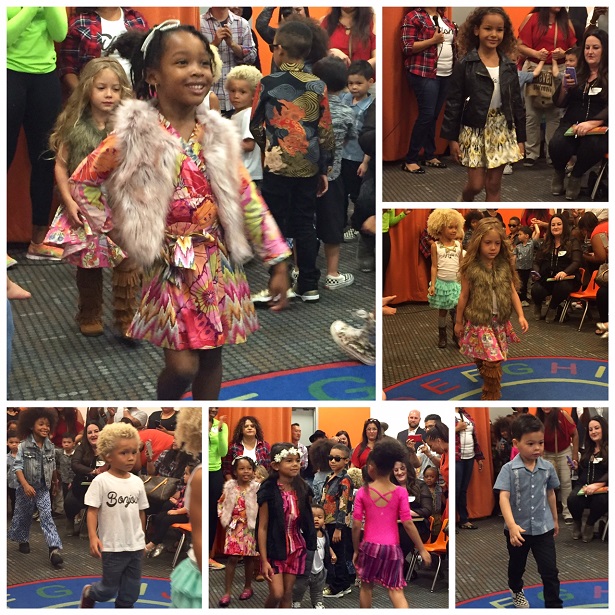 Following the fashion show, it was time for the Mixed Me book reading by Taye Diggs. For those who are not aware, Taye has a son with Adele Dazeem, oops I mean Idina Menzel (of Frozen, Rent & Wicked fame). This book was written as a way for him to explain to his son about his mixed heritage. The book is written by Taye & illustrated by his close friend & “cousin” Shane Evans.

After the reading, I stood in line & waited for Taye Diggs to sign my book. As he signed the book, I told him about my hapa haole cousins & that this book was so awesome since I know a lot of people in my own life who can kind of relate to it. Fun Fact #1: Taye Diggs knew the word “hapa!” Fun Fact #2: I was too weirded out by the moment to ask him to pose for a selfie with me, unlike my friend Nikki Diaz. So all I have are candid shots. Wah wah…

I’m not sure what his autograph & statement says, but I’m choosing to believe it says “Peace & Sweets.” 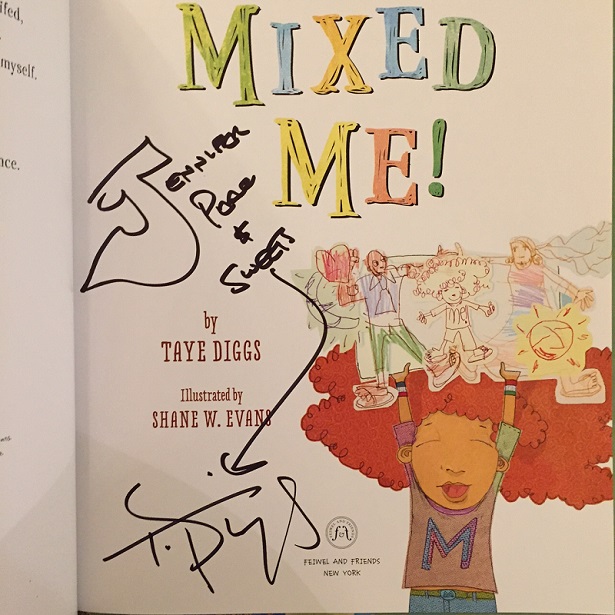 Afterwards, I went over to the Mixed Chicks hair demo area where I spoke to one of the ladies & learned all about their cool products! I told her how I have a Filipino friend who is married to an African-American man & she struggled with her daughter’s hair. 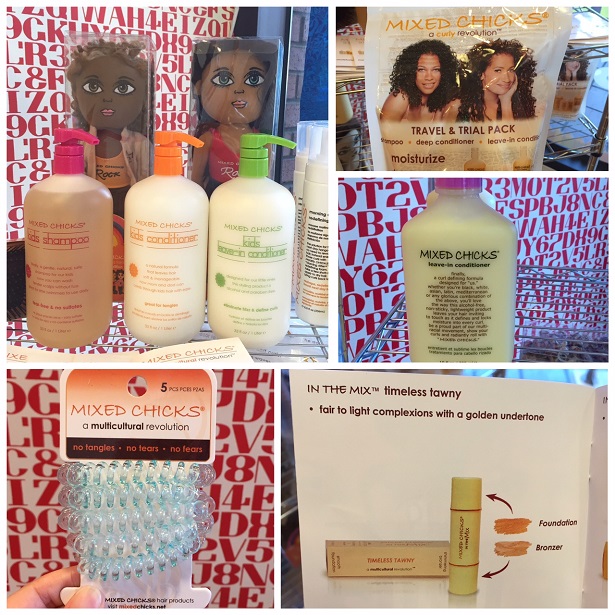 The hair care & beauty products from Mixed Chicks are great & I’m happy to support them. For too long the beauty industry treated everyone with a “one size fits all” model & Mixed Chicks is responding to the need that not all products or people fit that type. People need these products as a result of a lack of them in the marketplace. Also I was super happy to learn that Mixed Chicks is based in the San Fernando Valley! I hope to interview the women for my blog later in the year.

All in all it was a very informative event. In the past when I’ve gone to certain events as a blogger, you go, get your swag bag, meet some people & then go about your day. This is one of those events where the topic resonated with me & really made you think – even several days later. Here’s to continuing the MultiCulti conversation!

So tell me, do you remember those Benetton ads of the 80’s? Do you have a multi-culti/mixed me kid? How do you handle the topic of race? Oh & what exactly do you think Taye Diggs wrote in my book?? 🙂

Disclosure: No monetary compensation was received for this post. I attended this event as a member of the media. All images are my own unless otherwise noted. As always, my opinions are 100% my own.