Last week I attended a screening for the first episode of Kevin From Work. Office romance, a crazy boss, smelly break rooms, these are the topics that are touched on in this zany TV comedy about life in the cube farm (otherwise known as work). I’m sure a lot of us can relate to some of these issues. I know I’ve had a crazy boss (or two) & it’s well documented on social media how people hate the smells coming from the workplace kitchen (hello burnt popcorn & smelly fish, I’m talking about you!)

The show itself is cute & funny. There are cute animated animals that pop-up every time Kevin thinks of Audrey. The comedic chemistry between Noah Reid (Kevin) & his best friend Brian (played by Matt Murray) is undeniable. They are hilarious together in their scenes. Kevin’s wacky sister played by Jordan Hinson), gossipy coworker (Jason Rogel) & Audrey’s crazy roommate Patti (Punam Patel) round out the cast. Take a look at the promo spot…

Not only did I see a screening last night, but the entire cast (minus Amy Sedaris) was there for a Q&A session. Here are ten things I learned about the cast & Kevin From Work show. 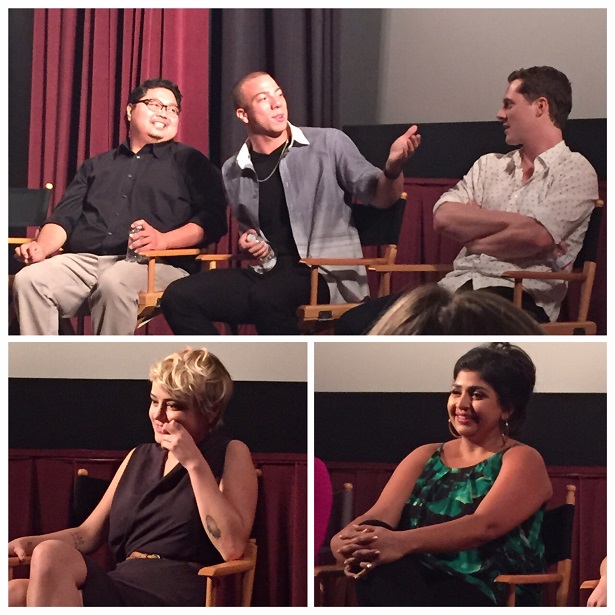 “Kevin From Work” is a workplace comedy about a young man who announces his love to a co-worker just before accepting another job, only to find out that his offer has been rescinded and he’s stuck with his crush.

The ABC Family show premieres on Wednesday, August 12th with back to back episodes. 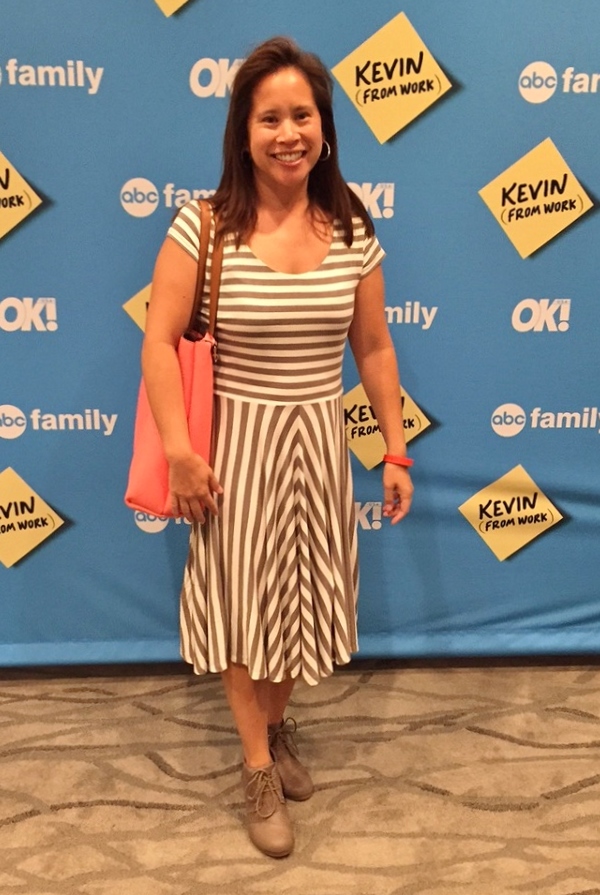 Thanks ABC Family & OK! Magazine for the invite!

Have you ever been involved in a workplace romance? Will you watch “Kevin From Work” on ABC Family? Sound off in the comments below!

Disclosure: No monetary compensation was received for this post. I attended a media screening which helped facilitate this review. Thank you to ABC Family & OK! Magazine for the invite! All images & opinions are 100% my own.