Have you seen the TV commercials for Kung Fu Panda 3? If so then you’ll recognize my reference to the “chitty chitty chat chat” line! Po, Shifu, Tigress, Mr. Ping & the gang are all back for this 3rd installment of the Kung Fu Panda franchise.

This time around they are bringing some new & fresh characters with them! There’s Mei Mei, who is voiced by Kate Hudson. If you haven’t seen her “Ribbon Dance” then you can click on over here & check it out along with my interview with Kate! Then there is Kai, voiced by J.K. Simmons, who you may have seen in the TV commercial. Kai is a fearsome & power-hungry warrior who is obsessed with stealing “chi” from others.

In 2016, one of the most successful animated franchises in the world returns with its biggest comedy adventure yet, KUNG FU PANDA 3. When Po’s long-lost panda father suddenly reappears, the reunited duo travels to a secret panda paradise to meet scores of hilarious new panda characters. But when the supernatural villain Kai begins to sweep across China defeating all the kung fu masters, Po must do the impossible — learn to train a village full of his fun-loving, clumsy brethren to become the ultimate band of Kung Fu Pandas!

Ok, so now that you’ve seen the trailer, you get the “chitty chitty” reference to my blog post title! 😉  Having seen Kung Fu Panda 3, I have to say that it is my favorite one of the three. Without going into too much detail, thing really come full circle in this film. Not only that but we see a gazillion more pandas in this film & who doesn’t love cute, chubby little pandas? 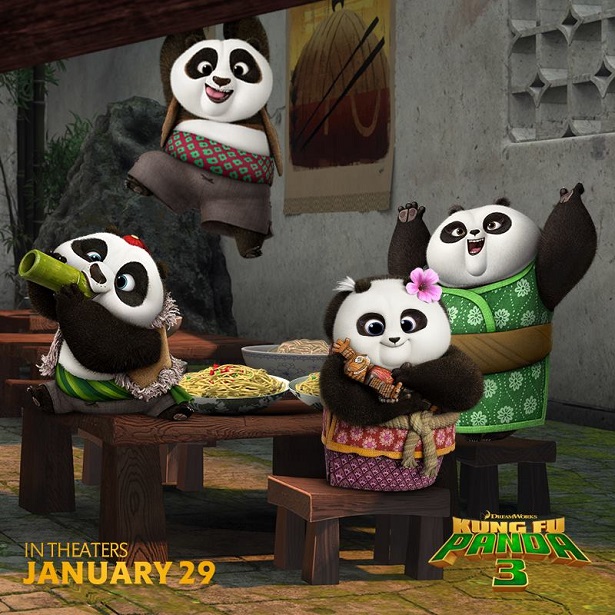 Earlier this month I had the chance to speak with the creators of Kung Fu Panda 3, as well as Jack Black. It was very exciting to get to meet Jack Black – he is super funny & down-to-earth. 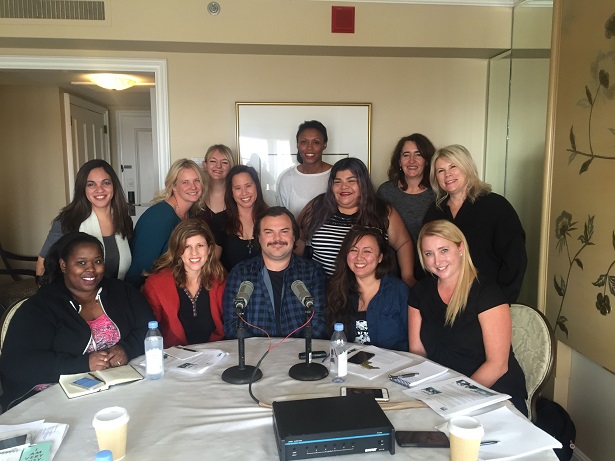 Since the film delves into the subject matter of fatherhood, it was interesting to hear Jack’s perspective on parenting. You see, the production for the very first Kung Fu Panda film started 10 years ago, around the time that Jack had his first child. So his kids literally grew up with the Kung Fu Panda franchise. According to Jack “It’s cool that my boys get to see and hear Daddy in something that they like. But, I know they have mixed feelings because I think it’s inherent in fatherhood for the kids to not think their dad is cool. They love it, but then they also go, ‘Yes, but, you know, you’re not as cool as’–I don’t know.  I don’t want to mention other cartoons that they love.”

That “push-pull” of parenting that we all experience as moms and dads is a recurring theme in the movie as well, especially since Po now has to learn to live life with two dads. Co-director Jennifer Yuh Nelson, weighed in on that subject during our interview & said that “It’s very important to respect the fact that Mr. Ping is Po’s dad and to respect adoptive parents everywhere, because they give so much to make sure their kids have great lives. They are their real parent, and we’re not going to dis either side.” I have to say that the writers & creators did a great job of celebrating the adoptive parents & honoring the biological ones too. They really struck a balance in touching on that subject in both a serious & light-hearted manner through Po’s comedic point-of-view. 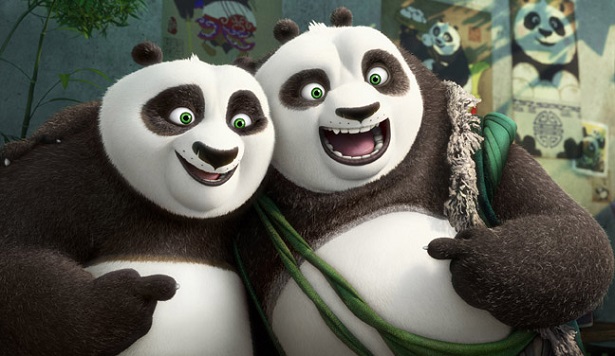 Speaking of the screenwriters, when asked which characters were you most excited about introducing into Kung Fu Panda 3, screenwriter Glenn Berger said “I’d say Kai, the villain, because if the number one problem or challenge for us every time we write one of these is what’s the next lesson for Po, the other big challenge for us is, ‘And who’s a worthy adversary?’ J.K. Simmons was such a gift (voicing Kai) and what he brought to that character is just amazing for us.”

The theme of fatherhood is prominent in the movie but so is the theme of teachers & what it means to help others learn. In talking about those themes, Jack Black said “My favorite part of the movie is the emotional resonance, especially at the end with the father and the family and all the different people in the community coming together to help this kid conquer the universe, conquer the forces of evil in his life.” That message of coming together, overcoming the odds & loving your family is something that (IMHO) we can all rally behind!

Disclosure: No monetary compensation was received for this post. I attended an advanced screening of the movie & a media event which helped facilitate this interview. Images used with permission from DreamWorks Animation. As always, my opinions are 100% my own.