As a kid, I really enjoyed exploring my neighborhood on bicycle. Now days, kids have so many fun modes to “wheel around” whether it’s with scooters, bikes or tricycles. Earlier this month I got to check out the newest Dynacraft collection of bicycles, ride-ons, & scooters for 2016.

Dynacraft has designed fun products for kids who are fans of Spider-Man, the Minions and Thomas & Friends.

I know a few little boys who would love to go zipping around in this Spider-Man Super Car! The car comes with a 6-Volt battery, so that you can go forward & reverse with ease. Does your kid want to cruise around & listen to some tunes? Just plug in your MP3 player into the adapter! 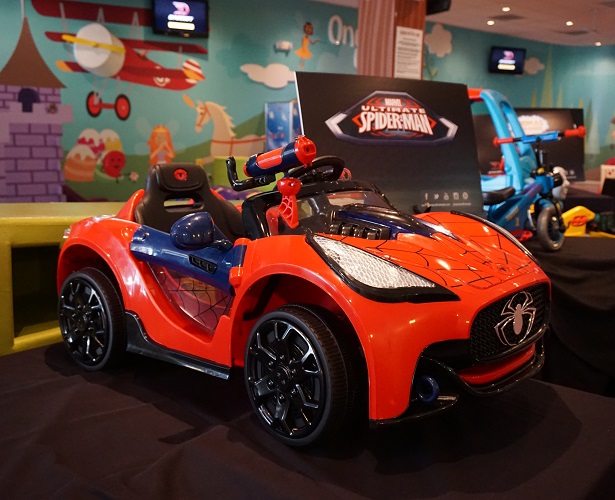 These two Thomas & Friends items (Talking Trike and Foot to Floor) have lights & sounds. Dynacraft designed the trike with a “coal” storage box, so that your little one can store their treasures. The car’s front wheels swivel 360 degrees, but if your little tot gets tired, there is a convenient push handle for parents. 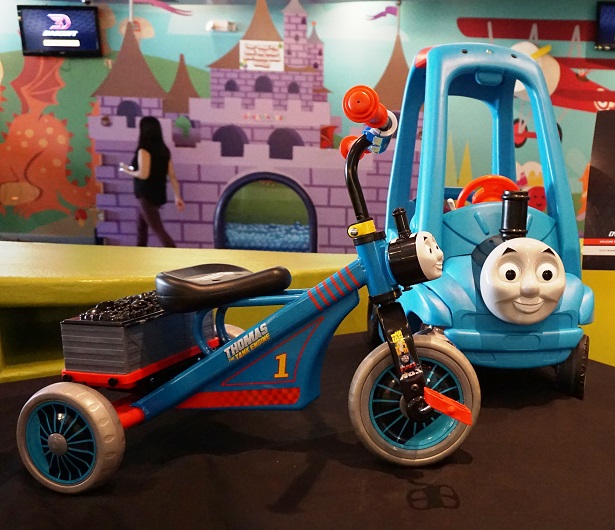 How adorable is this Minion 3-Wheel Scooter?! 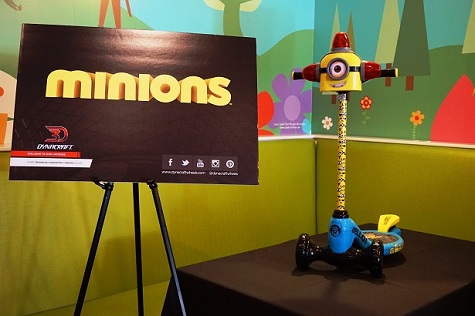 I am a huge fan of Hello Kitty, so imagine how excited I was to see this car made by Dynacraft! This 6V Hello Kitty Car goes up to 2.5 MPH. It comes with a MP3 adapter so that you can play your tunes from your own personal MP3 player (not included).

Although you’ll have to wait for the Hello Kitty car to launch in June at Toys ‘R Us, this 12V Hello Kitty SUV that you see below is available now at WalMart. This SUV has power, going from 5 to 9 MPH! Just like the Hello Kitty Car, you can plug in your MP3 player into the adapter. 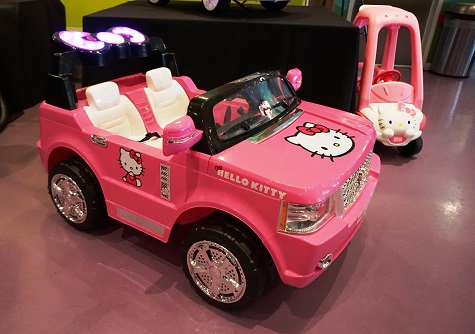 Both the Hello Kitty Car & SUV come with light-up bows. Check out the video below to see it in action!

I love this #HelloKitty car from #Dynacraft! That light-up bow is adorable!! It will be available this June at #ToysRUs!! The Hello Kitty SUV is available now. #DynacraftFun

For Barbie fans, they will flip when they see the 18″ Barbie Bike and 3-Wheel Scooter. 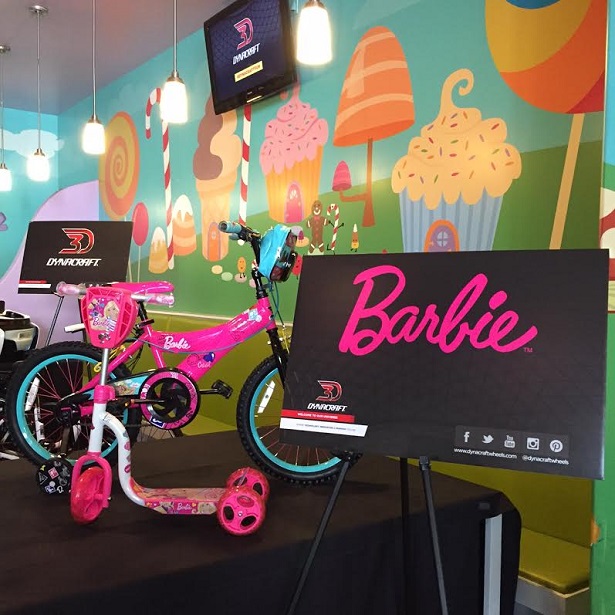 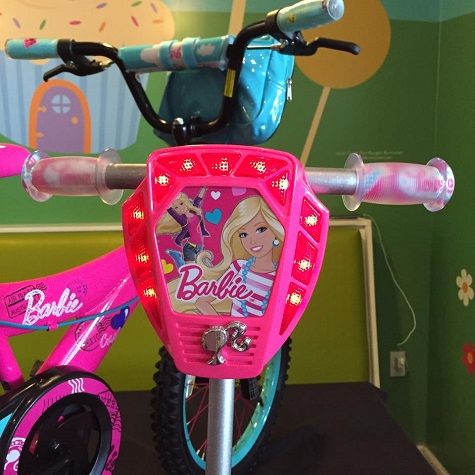 Shopkins are all the rage with a lot of little girls! It comes with a shopping basket so that your little girl can store her little Shopkins toys & other trinkets. 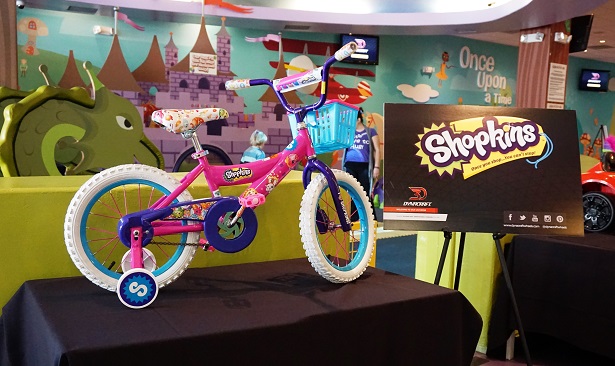 There were many more Dynacraft products on display at this media preview! To see what else Dynacraft has in their product line, check out their website here.

Actually there is one other special item that I want to show that is so new that it is not available in stores or on the Dynacraft website because the movie hasn’t even come out yet! “Trolls” from Dreamworks Animation comes out in November & the Dynacraft team designed a 6V Trolls Coupe that will be available in stores later this Fall! Some of the cool details include bright pink Troll hair on the hood of the car & behind the seat. It also has working headlights & a MP3 adapter (just like the other 6V cars in the Dynacraft line) – all the better to play the movie soundtrack on.  🙂 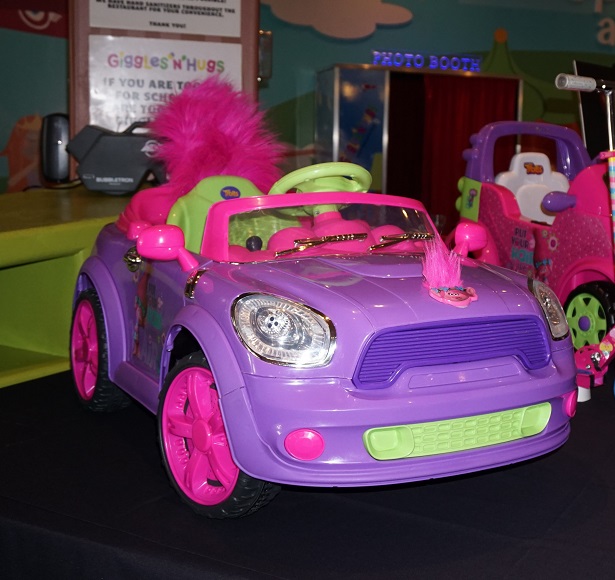 Disclosure: No monetary compensation was received for this post. I attended a media event which helped facilitate this review.  All images & opinions are 100% my own.