This time last year, we were in the thick of the pandemic, quarantining at home. With the inability to go out, tons of people were binge-watching shows like Tiger King, Ozark, or some other TV show on a streaming network.

Flash-forward to present day and I am still binge-watching TV shows, but fortunately things are reopening so I can get out now, especially since I’m fully vaccinated.

I thought it would be fun to put together a short list of my five favorite TV shows of 2021 (so far)! Here is the rundown…

Mare of Easttown
I am obsessed with this TV show on HBO Max! Much has been made of Mare of Easttown’s grittiness and the spot-on Pennsylvania accent. I mean, how many think pieces were written about Kate Winslet’s mastering of the Delco accent? However, it is the acting and storyline that really hooked me and kept me returning week after week. Also, unlike The Undoing, the finale had an emotionally satisfying ending.

If you are a fan of this HBO show, then you will appreciate this SNL “Murdur Durdur” sketch that is a total send-up of Mare of Easttown.

Hacks
Jean Smart is a total gem in this HBO Max show! While she has a small role in Mare of Easttown, she is the lead in Hacks, starring as Deborah Vance, a Las Vegas stand-up comedian. 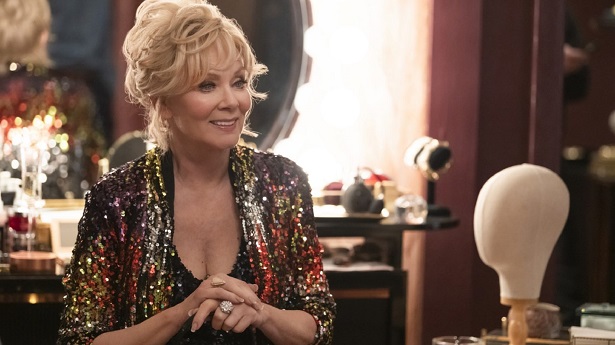 There are certain aspects of the character that remind me of Joan Rivers – female comedian, the “almost host” of a late-night talk show, hocking jewelry on an online shopping network, etc.

I really enjoyed seeing Deborah’s relationship evolve with her writer, Ava. However, what really got me were the scenes with Deborah and her daughter DJ, played by Kaitlin Olson. Talk about a complicated mother-daughter relationship!

The Handmaid’s Tale
This season took us from Gilead to Chicago to Canada. Not only were the characters all over the place, but so were the range of emotions! Angry Aunt Lydia (although when is she not angry), vengeful Serena Joy, ecstatic Luke, and of course, determined June.

Personally, the change in scenery was a welcome change for me. I was glad to see June out of Gilead and on the run with Janine. I’m anxious to see how the writers will wrap up some of the storylines in the fifth and (rumored to be) final season.

Trying
I fell in love with this British comedy that streams on Apple TV+. It’s a rom-com set in London that centers on Nikki and Jason as they navigate their relationship, along with the trials and tribulations of the IVF and adoption process. Sounds heavy, but it is actually very funny and sweet. Imelda Staunton (you know her from the Harry Potter movies) had me LOL-ing, as the couple’s social worker. Not gonna lie, there are some bittersweet moments sprinkled throughout the two seasons. I highly recommend watching this show and fingers crossed that we won’t have to wait too long for season three! 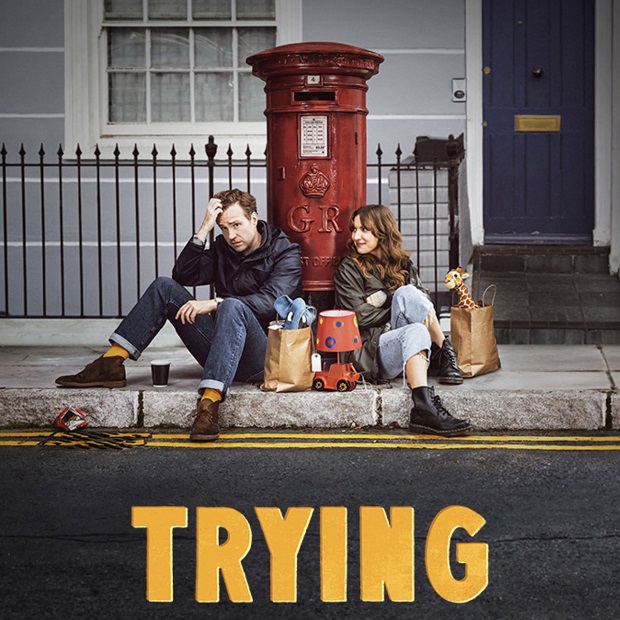 This Is Us
What can I say, season five had me at Kevin’s marriage proposal to Madison, his baby mama. The idea that we would see a wedding during TIU’s pandemic season seemed intriguing to me. Would Kate be the matron of honor? Who would walk Madison down the aisle? These are burning questions that I needed answers to!

Ok, maybe that’s overstating it a bit, but the wedding is one of several storylines that had me returning week after week to watch a show on network TV. One such plot line involved birth moms – Kate and Toby meet the birth mom of the baby that they will adopt AND Randall and Beth drive down to Louisiana to learn more about his birth mother’s story.

The last 5 minutes of the season 5 finale had me shocked. Those time jumps both infuriate and delight me! I can’t wait for This is Us’ sixth and final season.

So these are my top five TV shows of 2021! I would be remiss if I didn’t give a shout out to Real Housewives of Beverly Hills. I know people think these Bravo shows are trash, but it is my guilty pleasure and quite frankly if it weren’t for those “Real Housewives” shows, I wouldn’t have gotten the inspiration for my blog name, Real Mom of SFV.

RHOBH is really giving it this season! Sure it was filmed during the pandemic but unlike last season’s RHOC‘s, they don’t mention the coronavirus in every episode. Some of the reasons why it is in my Top 10: the Erika Jayne scandal, the fashion inspo, Crystal Kung Minkoff (first Asian American cast member on RHOBH), and that amazing Lake Tahoe Airbnb vacation house which looks eerily similar to the house that the Kardashians stayed at during their family trip last season!

Disclosure: No monetary compensation was received for this post. As always, my opinions are 100% my own.