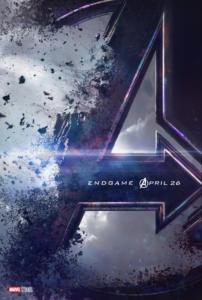 Finally at long last, Avengers: Endgame is coming to theaters, bringing the Avengers saga to a conclusion! Earlier this week, my hubby & I got to attend a media screening on the Walt Disney Studios lot in Burbank. “Avengers: Endgame” picks up with the Avengers having been soundly defeated by Thanos, who, after collecting the six Infinity Stones, imposed his twisted will on all of humanity and randomly wiped out half of the … END_OF_DOCUMENT_TOKEN_TO_BE_REPLACED 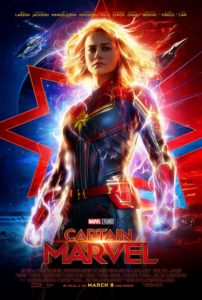 Captain Marvel is a rocking good movie & I’m not just saying that because of the cool 90s music played throughout the film! Set in the 1990s, Marvel Studios’ CAPTAIN MARVEL is an all-new adventure from a previously unseen period in the history of the Marvel Cinematic Universe that follows the journey of Carol Danvers as she becomes one of the universe’s most powerful heroes. While a galactic war between two alien races reaches Earth, … END_OF_DOCUMENT_TOKEN_TO_BE_REPLACED