Captain Marvel is a rocking good movie & I’m not just saying that because of the cool 90s music played throughout the film!

Set in the 1990s, Marvel Studios’ CAPTAIN MARVEL is an all-new adventure from a previously unseen period in the history of the Marvel Cinematic Universe that follows the journey of Carol Danvers as she becomes one of the universe’s most powerful heroes. While a galactic war between two alien races reaches Earth, Danvers finds herself and a small cadre of allies at the center of the maelstrom.

For fans of the ABC television show, Agents of S.H.I.E.L.D., you’ll recognize Clark Gregg’s character, Phil Coulson. My husband is a huge fan of the TV show & greatly appreciated getting to know Coulson’s backstory.

Carol Danvers (Brie Larson) is part of the Kree military team called Starforce, made up of Djimon Hounsou as Korath, Gemma Chan as Minn-Erva & Jude Law as Yon-Rogg. 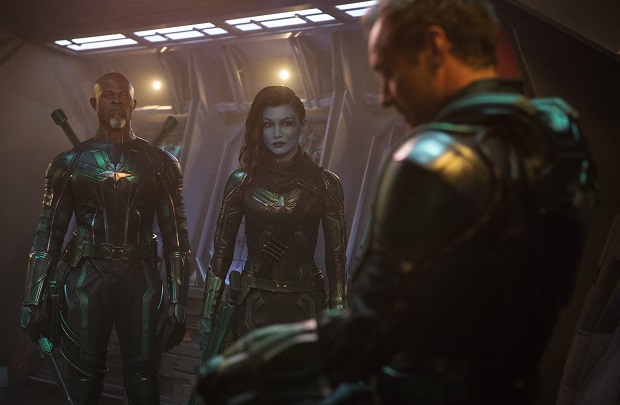 As a mother of a pre-teen daughter, the movie really resonated with me. The themes of self-discovery, female empowerment, friendship & family are woven throughout, providing an enjoyable & multilayered experience. 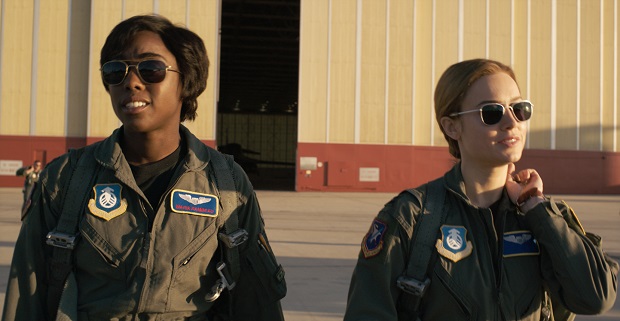 By having a female co-director & female writers, it infused the storyline with a nice balance of action & emotional weight, giving it a healthy dose of female empowerment.

Overall the movie is very entertaining! Brie Larson is awesome in it. I also thought it was great to see Annette Bening in this type of a role. Oh, and in my humble opinion, the cat (who is named “Goose” in the movie) steals every scene that he is in.

Captain Marvel is a fun movie & I highly recommend that you go see it! 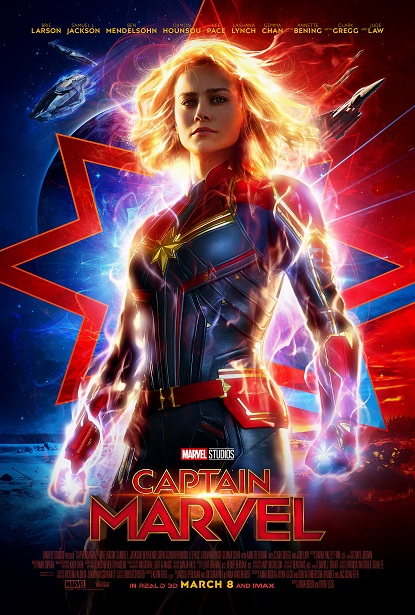 Disclosure: No monetary compensation was received for this post. I attended an advanced screening of the movie which helped facilitate this review. Images used with permission from Disney/Marvel Studios. As always, my opinions are 100% my own.