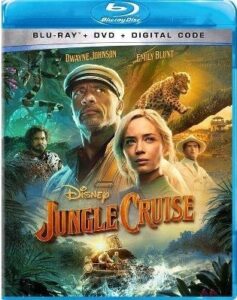 “Jungle Cruise” is available now to purchase in 4K Ultra HD, Blu-ray and DVD, just in time for the upcoming holiday gift-giving season! Set in 1916, the film takes inspiration from the Jungle Cruise ride at Disneyland and Magic Kingdom in Walt Disney World. If you’ve ever been on the Jungle Book ride before, then you’re familiar with the “dad joke” humor that has definitely influenced Dwayne Johnson’s character, Frank … END_OF_DOCUMENT_TOKEN_TO_BE_REPLACED 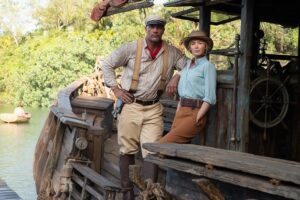 As a child, I loved going on the Jungle Cruise ride at Disneyland. The friendly skipper telling corny jokes as we sailed down the river, hoping that the elephants wouldn’t squirt me with water and seeing sights like the “backside of water” – these are all parts of the ride that made it a fun experience. I’m happy to say that those same humorous elements made its way into the film version of the Jungle Cruise. The film opens in … END_OF_DOCUMENT_TOKEN_TO_BE_REPLACED