As a child, I loved going on the Jungle Cruise ride at Disneyland. The friendly skipper telling corny jokes as we sailed down the river, hoping that the elephants wouldn’t squirt me with water and seeing sights like the “backside of water” – these are all parts of the ride that made it a fun experience. 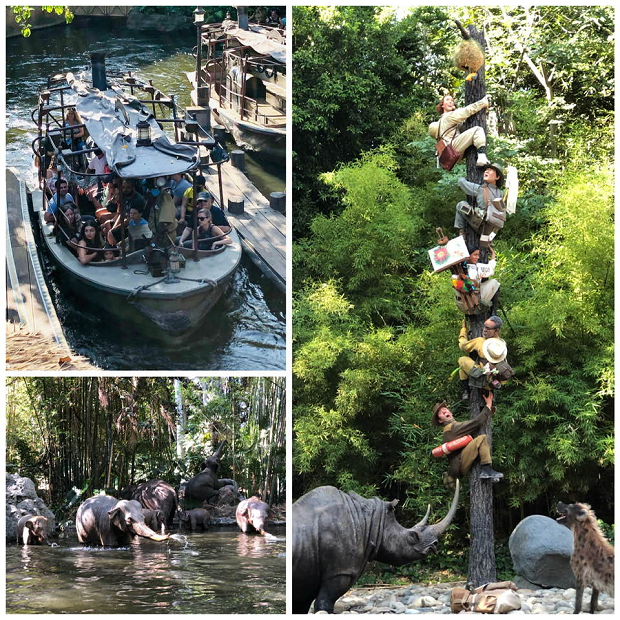 I’m happy to say that those same humorous elements made its way into the film version of the Jungle Cruise.

The film opens in London. The year is 1916, two years into the Great War (aka World War I). Lily Houghton (played by Emily Blunt) is determined to obtain a sacred arrowhead, which she believes will help unlock the Tears of the Moon, an ancient tree located in the Amazon, which has healing abilities—possessing the power to change the future of medicine. Accompanying Lily on this quest is her brother MacGregor Houghton (played by Jack Whitehall).

Lily and MacGregor make their way to South America where they meet Frank Wolff (Dwayne Johnson). The scenes that follows that encounter are very reminiscent of the Adventureland ride in Disneyland. 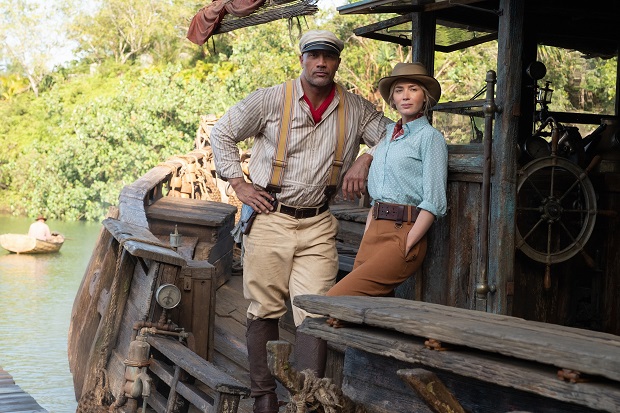 Inspired by the famous Disneyland theme park ride, Disney’s “Jungle Cruise” is an adventure-filled, rollicking thrill-ride down the Amazon with wisecracking skipper Frank Wolff and intrepid researcher Dr. Lily Houghton. Lily travels from London, England to the Amazon jungle and enlists Frank’s questionable services to guide her downriver on La Quila—his ramshackle-but-charming boat. Lily is determined to uncover an ancient tree with unparalleled healing abilities—possessing the power to change the future of medicine. Thrust on this epic quest together, the unlikely duo encounters innumerable dangers and supernatural forces, all lurking in the deceptive beauty of the lush rainforest. But as the secrets of the lost tree unfold, the stakes reach even higher for Lily and Frank and their fate—and mankind’s—hangs in the balance.

The movie is a fun romp, a cross between The Mummy, Romancing the Stones and Indiana Jones. Blunt and Johnson have great chemistry, slinging jokes and zingers aplenty. They are the leads in the film but in my opinion, Whitehall is a standout. Additional supporting characters are played by Edgar Ramirez, Paul Giamatti, Jesse Plemons, Veronica Falcón, Dani Rovira and Quim Gutiérrez. 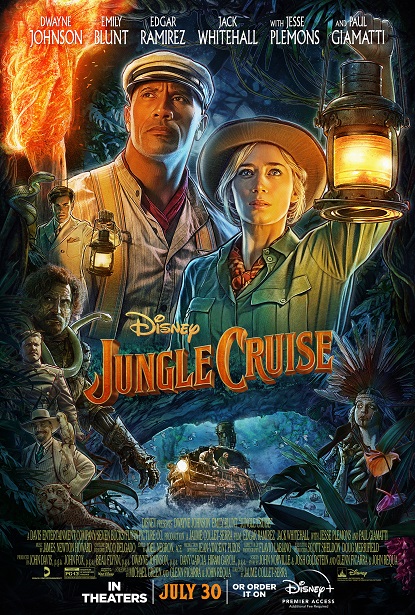 Disclosure: No monetary compensation was received for this post. I was provided a digital screening of the movie which helped facilitate this review. Images used with permission from Walt Disney Studios. As always, my opinions are 100% my own.