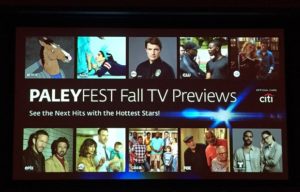 Last month I attended the PaleyFest Fall TV Preview where I got to watch three new Fall TV shows that will air on the ABC Network. I wrote about A Million Little Things recently & you can read my review here. There are two shows that will premiere next Tuesday on ABC: The Kids Are Alright & The Rookie. The Kids Are Alright is a new comedy that premieres on Tuesday, October 16 at 8:30pm. The show is an instant appeal to me … END_OF_DOCUMENT_TOKEN_TO_BE_REPLACED