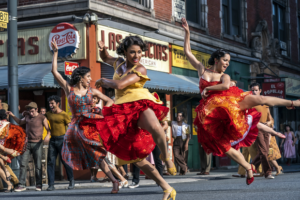 True confession, I’ve never watched the original “West Side Story” movie. Sure, I’ve seen bits and pieces of it, but not the whole entire musical. I’m familiar with some of the songs and I knew that in the original film, Natalie Wood played Maria and Rita Moreno was Anita. So when I was invited to screen Steven Spielberg's reimagining of the beloved musical on the Fox Studio Lot, I was thrilled to watch it! The film stars Ansel Elgort … END_OF_DOCUMENT_TOKEN_TO_BE_REPLACED