My daughter’s winter break is coming to an end & she will be going back to school later this week. I wanted to do something special so Saturday evening I said to her “Let’s go see Frozen Fun at Disney California Adventure on Sunday!!” Naturally she was excited & I somehow managed to convince her to go to sleep early so that we could wake up early & get to Anaheim right when the parks opened.

We got to Anaheim a little after 7:30am & went immediately to Disney California Adventure. Although it was not quite 8am, we were let into the park & bounded up Buena Vista Street with excitement & anticipation. We stood with a small crowd of people outside Hollywood Land for a few minutes outside the rope barrier. Finally the clock struck 8 o’clock, the trumpets sounded & the rope was pulled away.

We walked directly towards the section of Hollywood Land where we were greeted with this sign!

Then we headed over to Olaf’s Snow Fest, which is located in Stage 17. 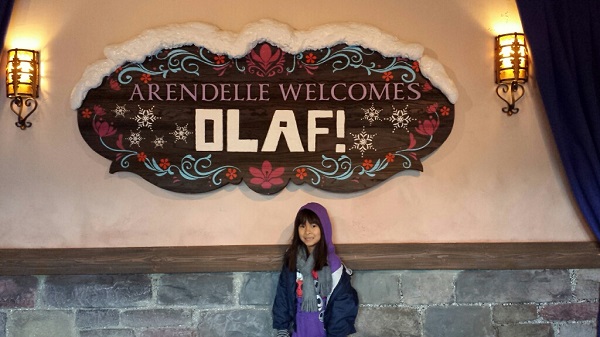 When you step inside, it’s like you’ve been transported to Arendelle! 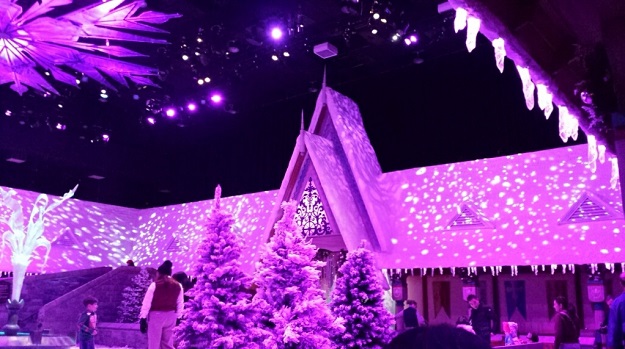 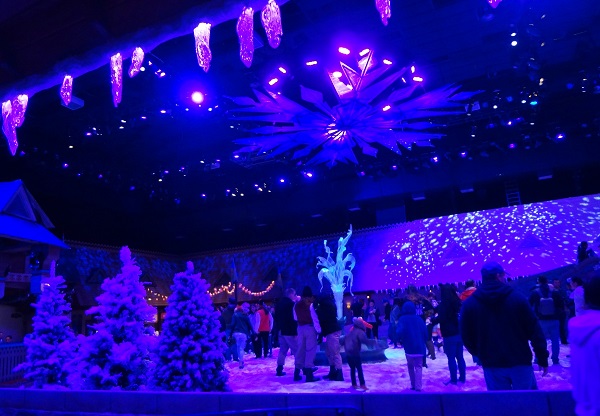 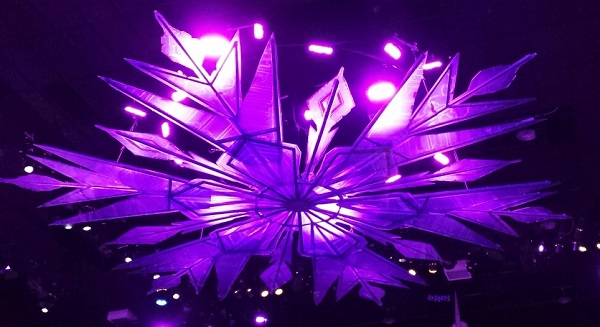 The line to meet Olaf was rather short. According to one of the worker’s, it would get MUCH longer after 9am. So getting there right when the park opened really paid off! We waited about 15 minutes & then it was time to meet him. Time for warm hugs & posing for pics! 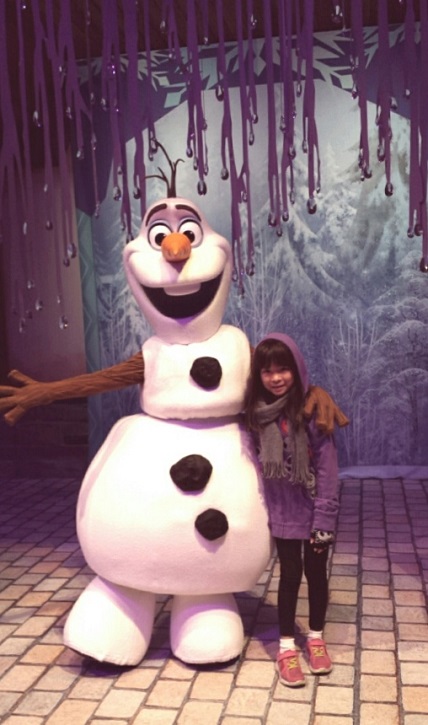 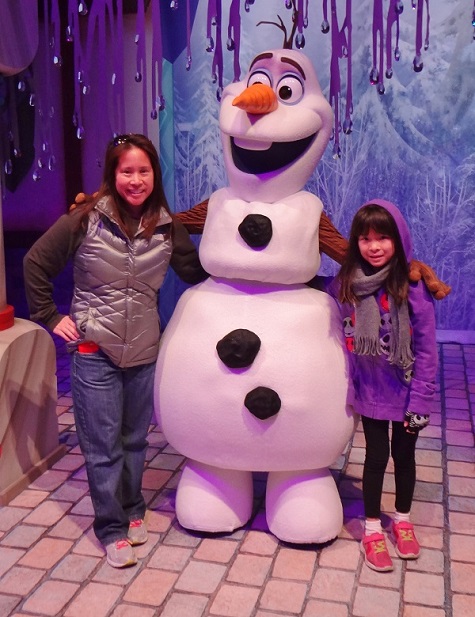 Then we got in line for the “snow play” portion of Arendelle. Since there wasn’t a line formed yet (again, it pays to get there at 8am), we walked immediately onto the snowy play area & yes, it is real snow! We even made snow balls! 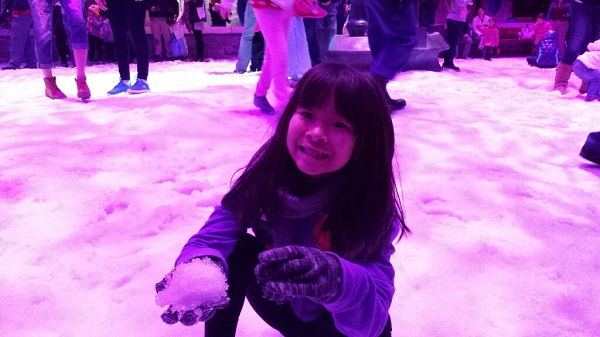 Every so often, it “snows” in Arendelle; however, it is the same consistency as the foamy type “snow” that comes out when you watch the Holiday Fireworks at Disneyland. Nonetheless, as you can see, everyone was delighted when it appeared!

My daughter wanted to make a snow angel, but I was able to talk her out of it by pointing out the snow slide area. She saw that there were other kids her age riding the sleds by themselves (little kids have to ride with an adult) & so it was off to stand in line for the snow slide! 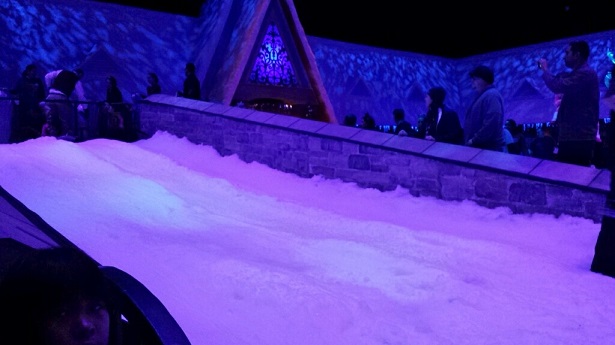 The snow slide has three lanes & has a moderate incline. We rode side by side in separate sleds. I only wish I had brought my Go Pro so that I could take video of us sledding down. Next time… 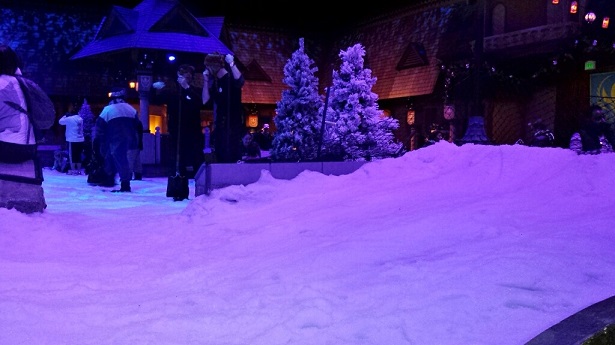 From there we went next door to the building that used to house the Muppet Vision 3D show. This is where they have the Frozen Sing-Along show, or what it is more formally called, “For the First Time in Forever: A Frozen Sing-Along Celebration.” 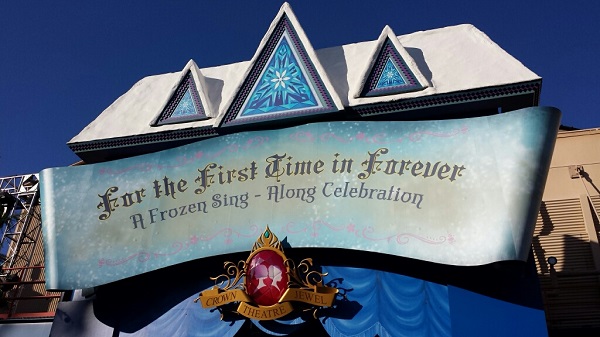 The show runs hourly & we had just missed the 9am showing. So we grabbed a Fast Pass & then explored part of Cars Land until it was time to return for the 10am show.

Once inside, it’s like you stepped into the Crown Jewel Theatre! 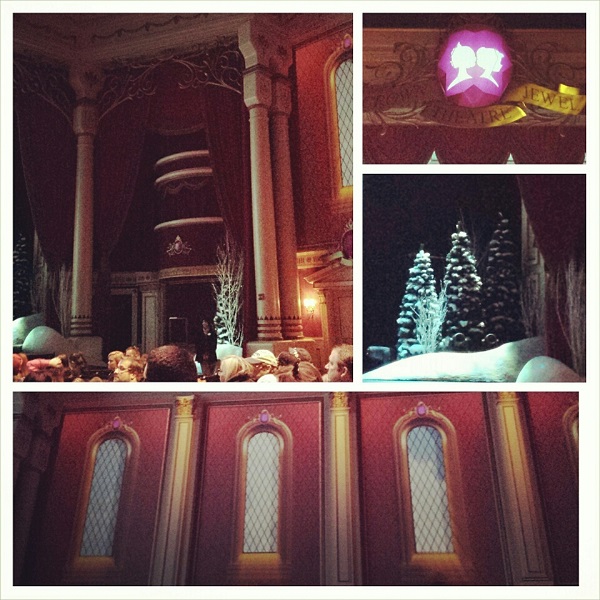 Two Arendelle historians greeted us from the stage. 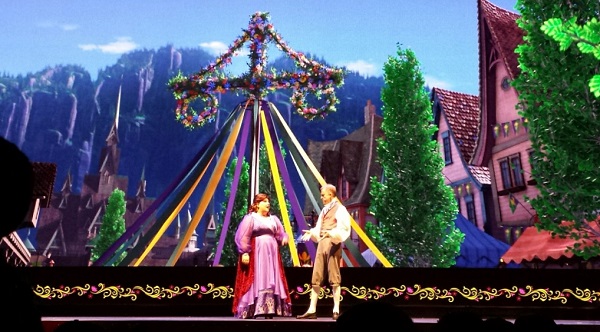 Then the fun began as they told the story of Anna & Elsa to us. Even Kristoff came out for part of the story! 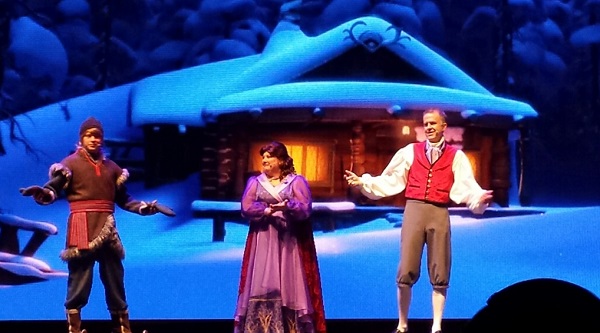 The best part of all was the singing. They played the words on the screen so that you could follow along. The kids in the crowd really got into it & even a lot of the adults! 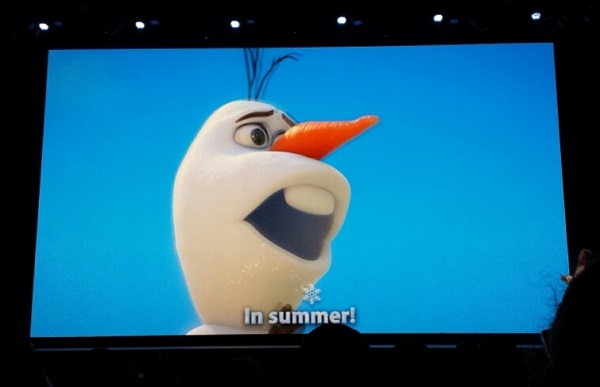 Take a listen to “Love Is an Open Door” & also “Let It Go!” They played “Let It Go” twice & this short clip was from the grand finale. It even “snowed” in the theatre!! 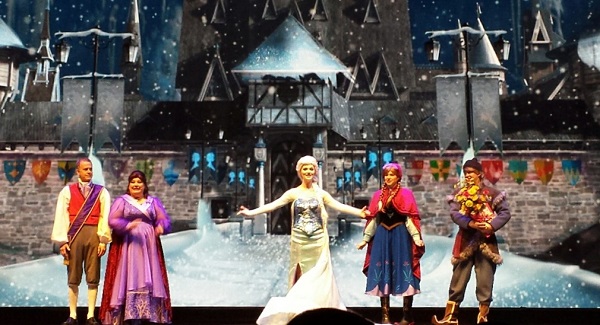 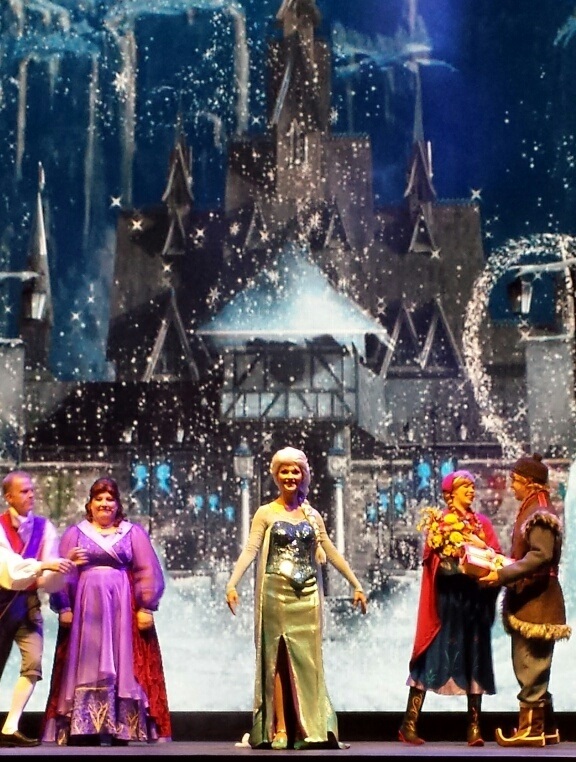 Another part of the Frozen Fun is the Elsa & Anna meet & greet over at the Animation Academy building.

As you can imagine, a lot of little girls want to meet these royal ladies! The wait can be long, so getting a Fast Pass for this character meet & greet is a must. 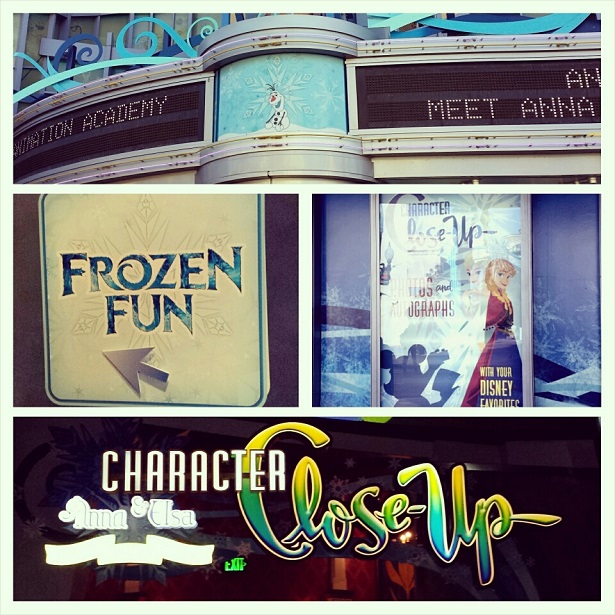 We had a fun Mommy & Me day at Disney California Adventure! There was one part of the Frozen Fun that we did not get to see & that was the “Freeze the Night! A Family Dance Party” which I’ve heard from my friends is super fun. DJ Chill plays dance music & even Marshmallow from Frozen gets into the groove out on the dance floor! This just gives us a reason to go back another time!  🙂

Disclosure: No monetary compensation was received for this post. Our tickets/passes were purchased by me. All images & opinions are 100% my own.