What does a venture capitalist, psychic, an astronaut & Marianne Williamson all have in common? They spoke at the inaugural Pearl xChange Conference that took place last month! You may have seen photos of the event on social media, but let me give you the rundown on what exactly took place. For starters, it was a great day of empowering conversation where experts in their field exchanged knowledge with us.

The event was held at a beautiful venue in the Sheraton Universal. All attendees received a swag bag of goodies, which included a leather bound notebook so that we could take notes during the conference. 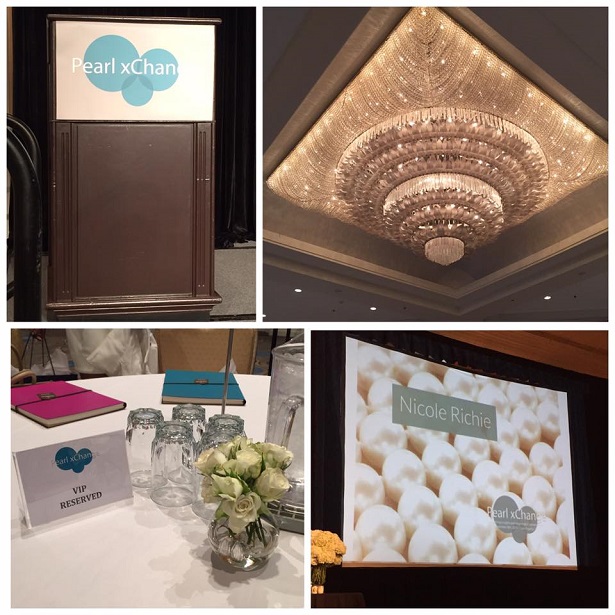 In case you didn’t know, the Pearl xChange conference is the brainchild of Nicole Richie.  Nicole, along with Ramey Warren, producer & co-founder, put together this awesome event. Here is a short snippet of their introduction at the event.

The first guest speaker to kick off the conference was Jess Weiner. Jess is a speaker & educator, who works in the field of self-esteem education. She is also Dove’s Global Self-Esteem Ambassador where she encourages young girls to #SpeakBeautiful & live a meaningful life. 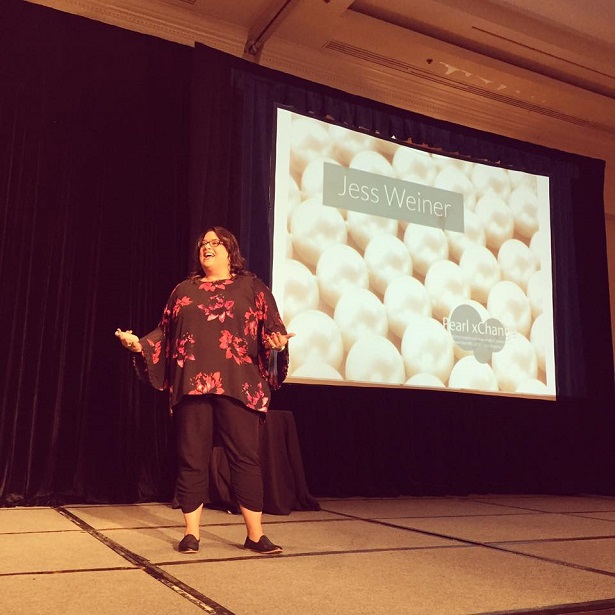 How many of us listen to our inner voice that says “I shouldn’t have eaten that” or “Omg, I haven’t worked out in 6 weeks” and on & on. So much of our lives is spent wanting to be liked by others yet we talk negatively about ourselves throughout the day. We have the power to be “editor in chief” of our own lives by elevating the conversation & speaking beautiful to ourselves, our friends & our families!

We learned during Jess’ presentation that confidence is not a destination but a journey. It can be a messy path to self-discovery but if you make peace with the process, then you’ll be that much happier. It is all about forgiving (yourself & others), elevating & moving on.

The next speaker to cross the stage was Shadi Mehraein. Shadi is a venture capitalist who specializes in supporting up-and-coming women’s businesses by investing in women-led markets. Think “Shark Tank” but in the real world & not on TV. 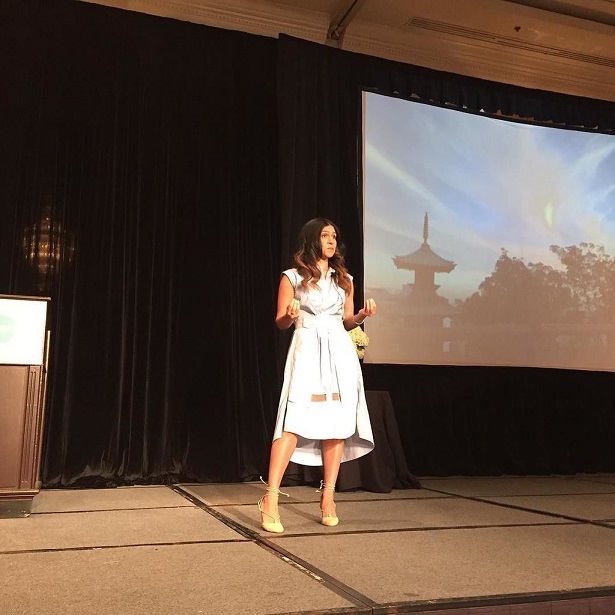 Shadhi gave some great advice to the entrepreneurs in the crowd. When you start your own business, it never ends. Choosing your team & business partner is really important. Remember that the partner you take on will dictate the culture that you have & what you are building as a company. You also have to remind yourself to stop & celebrate the small wins!

Also the reality is that there is a double standard in VC. Men are super confident when giving their pitch, even when they don’t know what they are doing. Women are more practical. Be aware of your style & practice your pitch on friends.

The incredible Marianne Williamson was up next! She gave a rousing presentation, where she told the crowd to question the system & ask ourselves “how can I help?” There is so much going on in the world today & Marianne urged us to be global citizens stating, “This is not a time to be a zombie.” 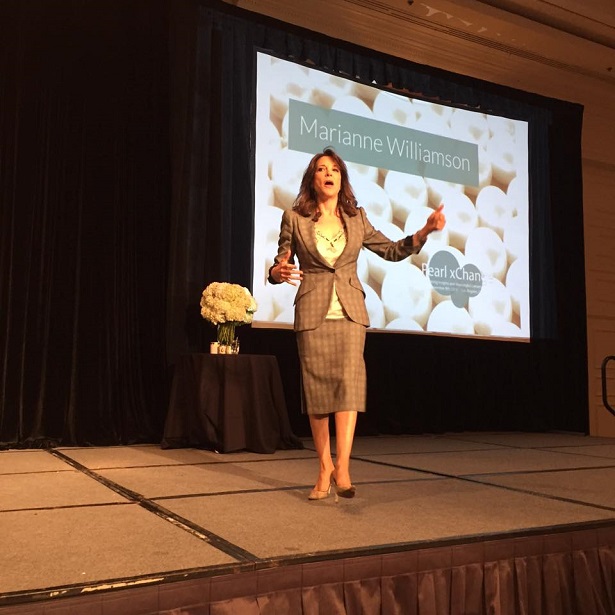 After Marianne’s presentation, we broke for lunch. The folks at Pearl xChange provided us with such delicious food – salads, sandwiches (even vegetarian options) & yes, desserts! 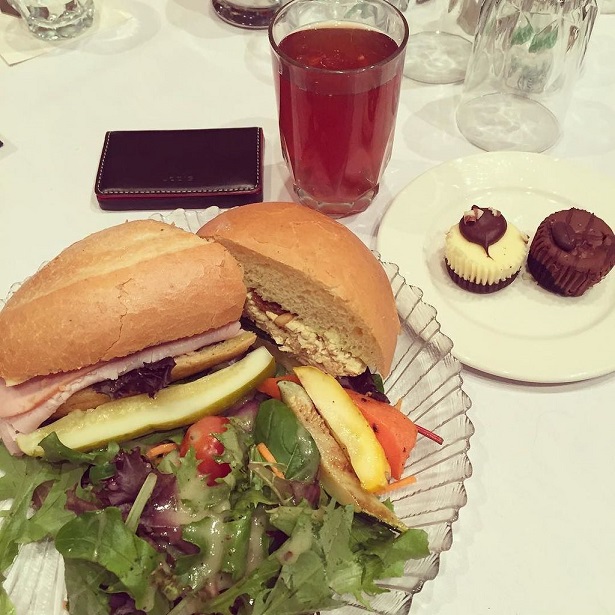 After lunch it was time for the hilarious Dougall Fraser to jump on stage & talk about energy & intuition. 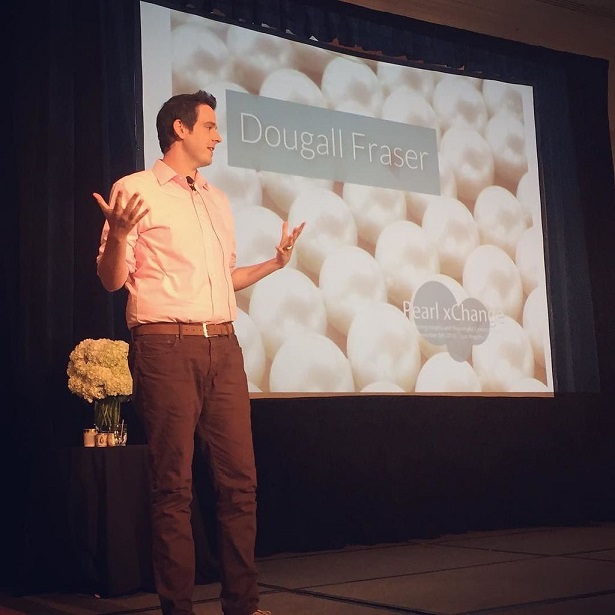 Now maybe you are skeptical & don’t necessarily believe in psychics, but Dougall definitely has a gift of reaching people – through his humor & his ability to really listen to people. One of the topics that Dougall touched on was “taking things back to your core.” Find your center through meditation! It is important to carve out time to be still.

We are all connected to energy. Fear blocks your intuition. If we change the energy within ourselves, we can change the world. Dougall also reminded us to “speak your truth” & to connect with one another.

The inspiring Jeanette Epps took to the stage after Dougall. Dr. Jeanette Epps works at NASA as an astronaut; however before NASA she spent 7 years with the CIA working as a Technical Intelligence Officer. 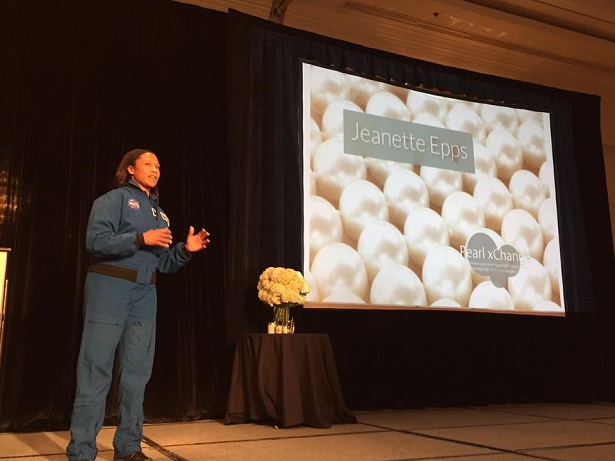 Jeanette is a remarkable person, super smart, determined & disciplined. She told the crowd “Don’t let people define you. Define yourself!” One of the things Jeanette learned is that you have to be an advocate for yourself. Piggybacking on what Marianne Williamson said earlier, Jeanette said “The world is pretty small & we all have a responsibility to each other. We all have a part to play.”

Last, but not least was VIP Speaker Gwyneth Paltrow! You could tell that the crowd was anxious to hear her speak. 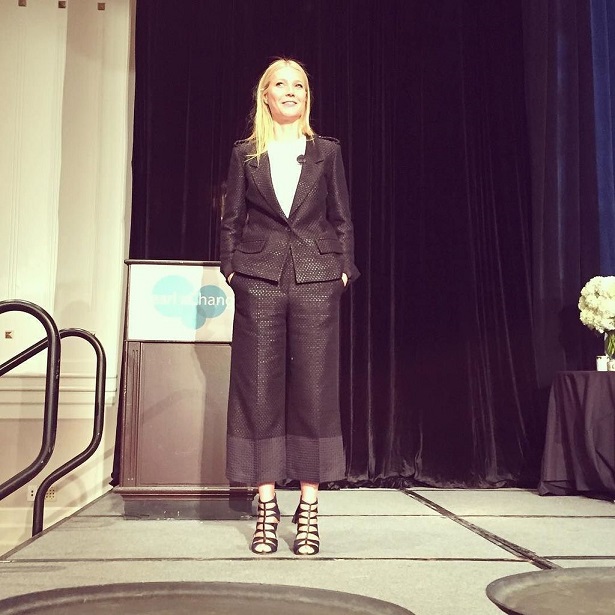 After a brief introduction (although does she really need an introduction?), Gwyneth proceeded to read questions from 3×5 cards that were pre-written by Pearl xChange attendees. (Yes, I wrote down a question…no, mine wasn’t picked but a variation of what I had asked was picked by GP). I was surprised at how refreshingly honest & real GP got about life, love & marriage.

When someone asked her what goal or life endeavor did not turn out the way you thought it would & also what did you learn from it? This is how Gwyneth responded…

“I don’t come from a culture of divorce at all. It was difficult for me to come to terms with it. It was extremely challenging & it was not at all how I thought it would turn out.” ~Gwyneth

On a lighter note, when asked who is your dream dinner guest, Gwyneth responded, Ginni Rometty (President and CEO of IBM) & actress Katharine Hepburn. In speaking about her own business (GOOP), Gwyneth mentioned that she has a female CEO. In her company she reinforces collaboration, stating that we should listen generously & root for the other person. [Boy, I’d like to work for her! I wonder if Gwyneth is hiring? 🙂 ] 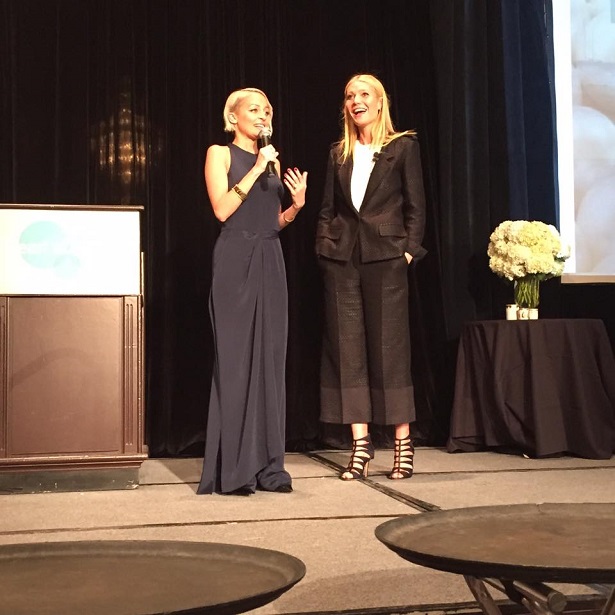 In closing, I learned SO much at this conference! Nicole did a great job in selecting the guest speakers. I’ve attended other conferences in the past but those were blogger or industry specific. Pearl xChange was all about self-empowerment, collaboration & spreading confidence. Be open & appreciate the differences!

I sure hope they have another one in 2016. If so, you can count on me to attend it & bring a friend with me!

Disclosure: No monetary compensation was received for this post. I attended the Pearl xChange event as a member of the media which helped facilitate this recap. All images & opinions are 100% my own.