Shakes, salads & sliders – oh my! Ruby’s Diner is serving up deliciousness at all of their locations. Recently I tried out their new summer specials & boy were they yummy!

One of the items that caught my eye on their summer menu is Ruby’s Summer Sliders, which are served on King’s Hawaiian Rolls. You can get either American Sliders, Southwest Sliders & Hickory Sliders.

I like my food with a little “kick to it” so I opted to get the Southwest Sliders that are seasoned with cajun spice, pepper jack cheese, salsa, chipotle mayo & Ruby’s Hot Sauce. 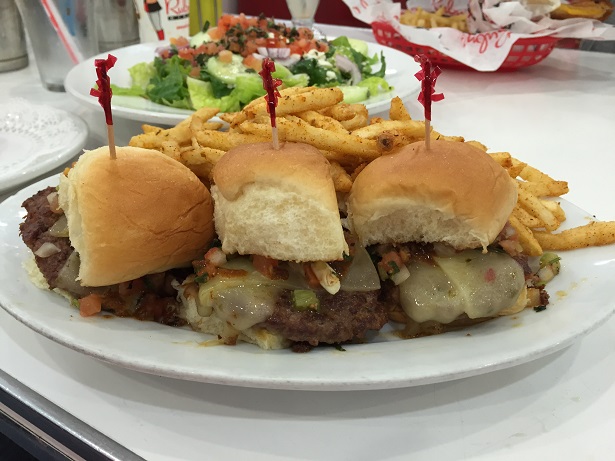 The sliders had just the perfect amount of heat to it, but what really cooled it off was Ruby’s yummy milkshakes! But more on that later…

To accompany my sliders, I ordered the Mediterranean Salad. You can add chicken or shrimp to the salad for an extra charge, but since I already had my protein from the sliders, I just ordered it as is. Check out how colorful the salad looks with Kalamata olives, cucumbers, tomatoes & red onions! 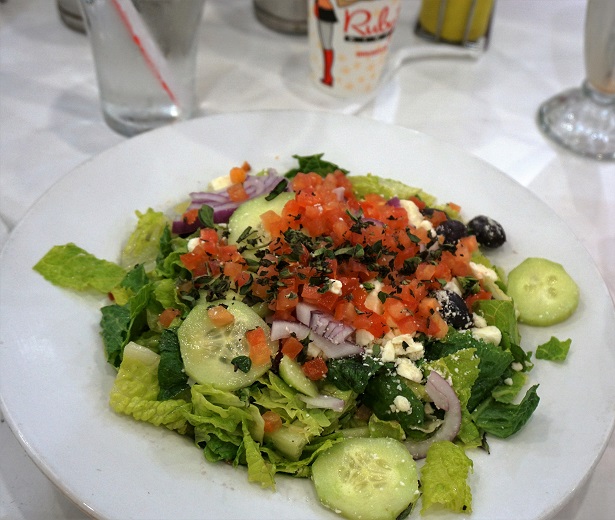 My daughter ordered the grilled cheese from the kids menu. 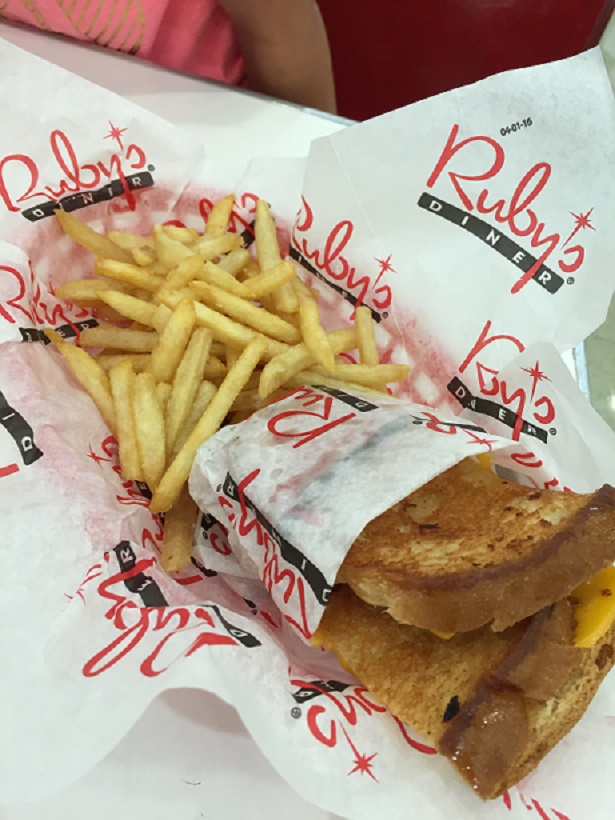 Speaking of kids, did you know that on Tuesday nights, kids eat free at Ruby’s Diner? Yep, you can read about it here! What a cool deal, especially during these warm summer evenings, when you don’t feel like cooking. Plus, since our local Ruby’s Diner in Woodland Hills is conveniently located near a movie theater, I’m thinking dinner & a family movie! 🙂

Now back to those milkshakes… Ruby’s Diner is known for their yummy shakes, but this summer they unveiled a Candy Shake Extravaganza, featuring three new milkshakes: a Butterfinger shake, Snickers Peanut Butter shake and an M&M shake.

Remember how I said that the Southwest Sliders had some heat? The Snickers Peanut Butter shake helped cool things down. It was SO delicious! 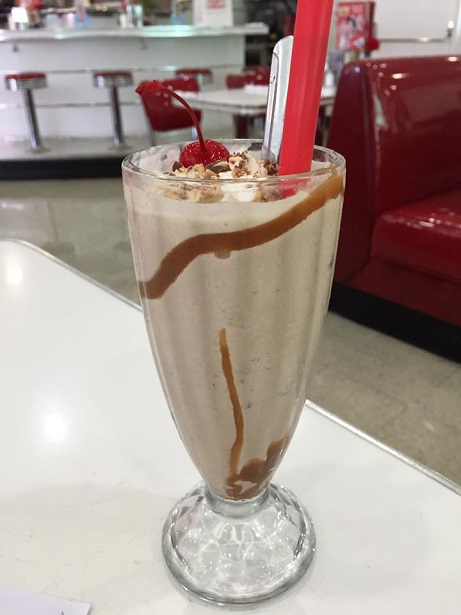 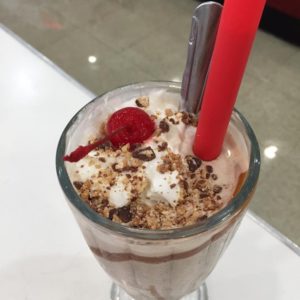 Since my daughter is allergic to peanuts, she ordered the M&M shake & loved every bit of it! 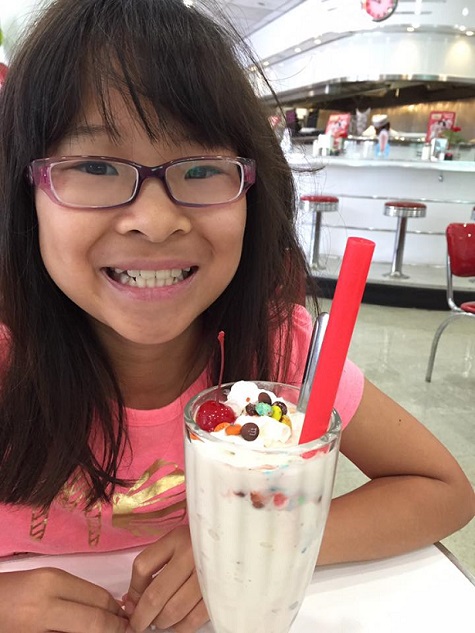 To help celebrate the new shakes & summer fun, Ruby’s is hosting a contest. From now until July 31st, you can enter ‪Ruby’s Shake Face photo contest. All you have to do is submit photos of your “shake face” using ‪#‎RubysShakeFace‬ for a chance to win prizes.

For more information, visit the Ruby’s Diner website here. Don’t forget to check out their Facebook page for the latest updates!

Disclosure: No monetary compensation was received for this post. I received a complimentary meal which helped facilitate this review.  All images & opinions are 100% my own.