Moana, a brand new movie from Walt Disney Studios, is set to open on November 23rd! The movie is about an adventurous teenager who, with help from demigod Maui, sails out on a daring mission to prove herself a master wayfinder & save her people.

MOANA is an adventurous, tenacious and compassionate 16-year-old who sails out on a daring mission to save her people. Along the way, she discovers the one thing she’s always sought: her own identity. Directed by the renowned filmmaking team of Ron Clements and John Musker (“The Little Mermaid,” “Aladdin,” “The Princess & the Frog”) and featuring newcomer Auli’I Cravalho as the voice of Moana, Walt Disney Animation Studios’ “Moana” sails into U.S. theaters on Nov. 23, 2016. ©2016 Disney. All Rights Reserved.

Three thousand years ago, the greatest sailors in the world voyaged across the vast Pacific, discovering the many islands of Oceania. But then, for a millennium, their voyages stopped – and no one knows exactly why. From Walt Disney Animation Studios comes “Moana,” a sweeping, CG-animated feature film about an adventurous teenager who sails out on a daring mission to save her people. During her journey, Moana (voice of Auli‘i Cravalho) meets the mighty demigod Maui (voice of Dwayne Johnson), who guides her in her quest to become a master wayfinder. Together, they sail across the open ocean on an action-packed voyage, encountering enormous monsters and impossible odds, and along the way, Moana fulfills the ancient quest of her ancestors and discovers the one thing she’s always sought: her own identity.

In honor of the movie’s release, here are some fun Moana Coloring Pages & Activity Sheets! 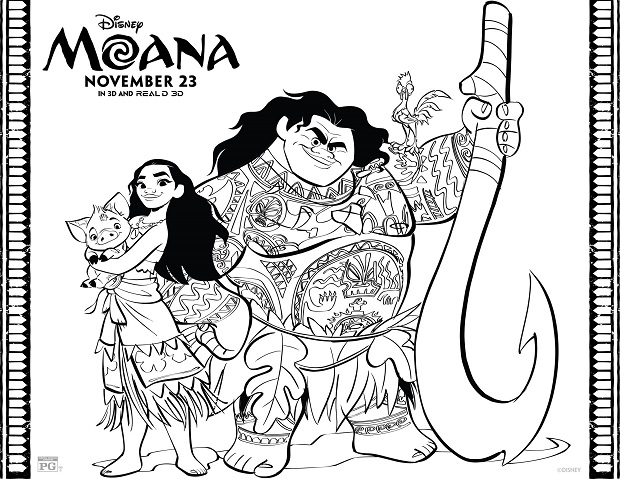 These free printable sheets are the perfect way to keep your little ones busy, especially with the Thanksgiving holiday school break just around the corner. 🙂 Simply click the individual links below to download the free PDF files.

The film features the voice talent of Dwayne “The Rock” Johnson who also sings in the movie.

Speaking of singing, several songs on the Moana soundtrack were penned by Lin-Manuel Miranda (of Broadway’s Hamilton fame). Check out this clip of “We Know the Way” that is written & performed by Opetaia Foa‘i & Lin-Manuel Miranda. It’s so catchy & I’ve been humming it around the house ever since I first heard it! 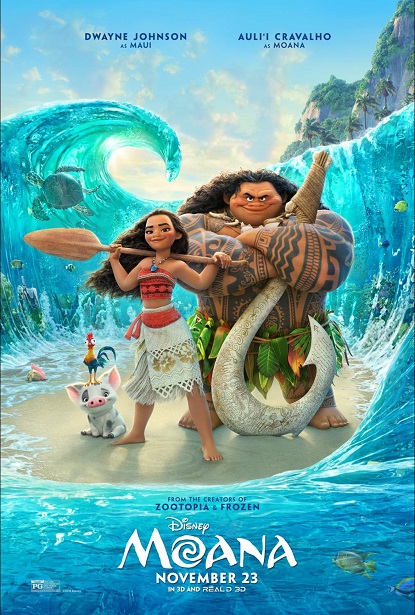 “Moana” opens in theaters on Wednesday, November 23rd!
Visit the official “Moana” website here for more information.
Like “Moana” on Facebook to get the latest updates.