Wonder Woman has finally made it to the big screen! As a young girl, I was such a big fan of Wonder Woman. I remember dressing like her one year for Halloween – I was about 5 years old & I would watch the Lynda Carter TV series with my mom. Those were fun mother-daughter bonding moments & after I became a parent, I couldn’t help but wonder when I’d be able to create that memory with my own child.

Fast-forward to present day & we are now able to celebrate having a hero that we can all rally behind – Gal Gadot as Wonder Woman! 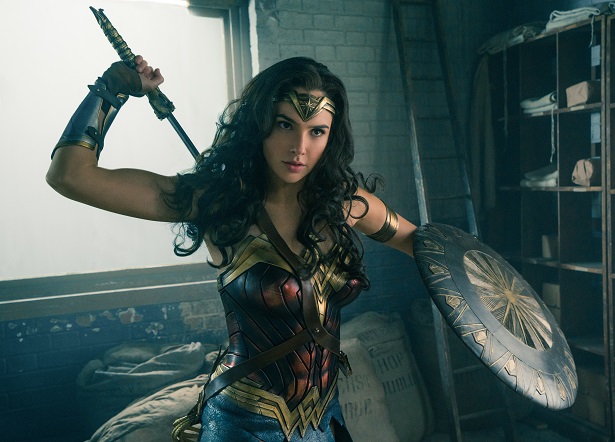 Recently I was invited to see an early preview of the movie & let me tell you, it was such a thrill to watch it! In the first 15 minutes, you see Wonder Woman’s backstory & how the other Amazons helped shape her as a young girl to the woman that she has become. Two key figures in Diana’s life play an important part – her mother, played by Connie Nielsen (Queen Hippolyta) & Diana’s aunt, Robin Wright in the role of General Antiope. These three women kick some serious butt in the movie! 🙂

Before she was Wonder Woman, she was Diana, princess of the Amazons, trained to be an unconquerable warrior. Raised on a sheltered island paradise, when an American pilot crashes on their shores and tells of a massive conflict raging in the outside world, Diana leaves her home, convinced she can stop the threat. Fighting alongside man in a war to end all wars, Diana will discover her full powers…and her true destiny.

Remember that mother-daughter bonding moment that I described earlier? Well, not only was I fortunate enough to meet both Gal Gadot & Patty Jenkins (director of Wonder Woman), but I also got to bring my daughter with me so that she could observe the interview & meet Wonder Woman! 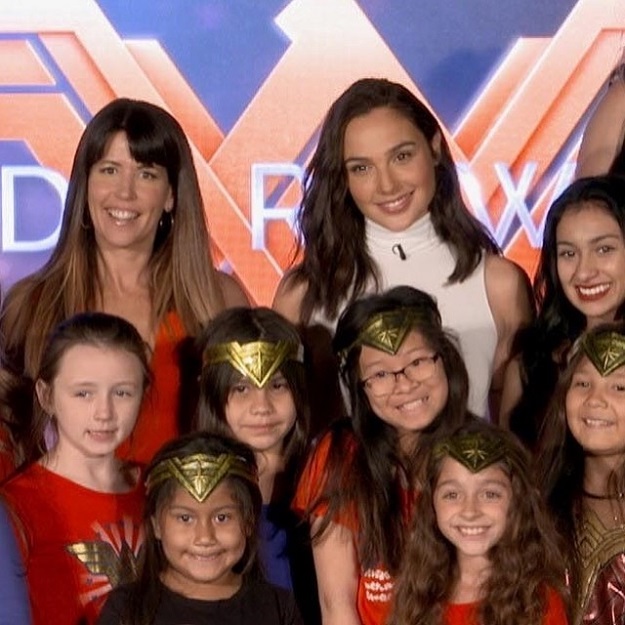 We learned a lot of interesting things during the interview with Ms. Gadot & Ms. Jenkins, but there is one that stands out the most for me. When asked what she thought is the most important part of being Wonder Woman, Gadot replied, “I think that it’s so important that we show a strong female figure and that we show her story. I think that this movie is so important for all of you young girls and also for boys, as well.” She also elaborated further, stating “[Wonder Woman] stands for beautiful things, for love and for acceptance and compassion and truth, and these values are very important, especially nowadays.”

Wonder Woman is a thoroughly enjoyable film! It has a great storyline with good, solid acting. There is action, humor & heart! Nice pacing (never a dull moment) & I loved seeing the origin story of Wonder Woman play out on the big screen. Also the chemistry between Gal Gadot & Chris Pine (as Steve Trevor) is delightful. I really loved the London scenes between Wonder Woman, Steve Trevor & Etta Candy (Steve’s assistant played by Lucy Davis) & felt they did a terrific job with expanding on the story.

Thanks Warner Bros. Pictures for hosting this event. This awesome experience is one that my daughter will never forget! 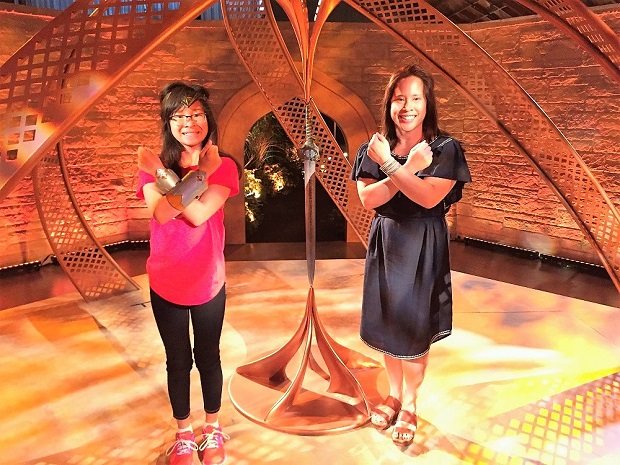 Posing with the Sword of Athena

On a side note, I encourage everyone (not just DC Comics fans) to go out & watch this movie. I’m personally going to see it again on opening weekend & bringing the whole family with me! Prepare for battle & get your Wonder Woman tickets today: http://bit.ly/wonderwomantix. 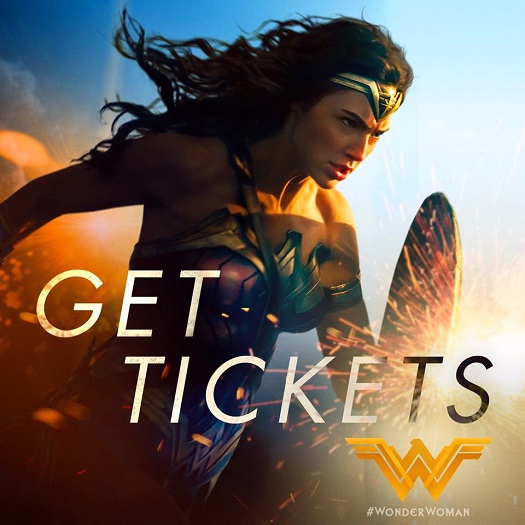 So tell me, are you going to see Wonder Woman this weekend? Who will you take with you? I’d love to know, so please sound off in the comments below. 🙂

Disclosure: No monetary compensation was received for this post. I attended an advanced screening of the movie & a media event. All images are my own unless otherwise noted. As always, my opinions are 100% my own.