You may think you know everything about Tarzan, but in this latest version, The Legend of Tarzan has quite a few surprises. 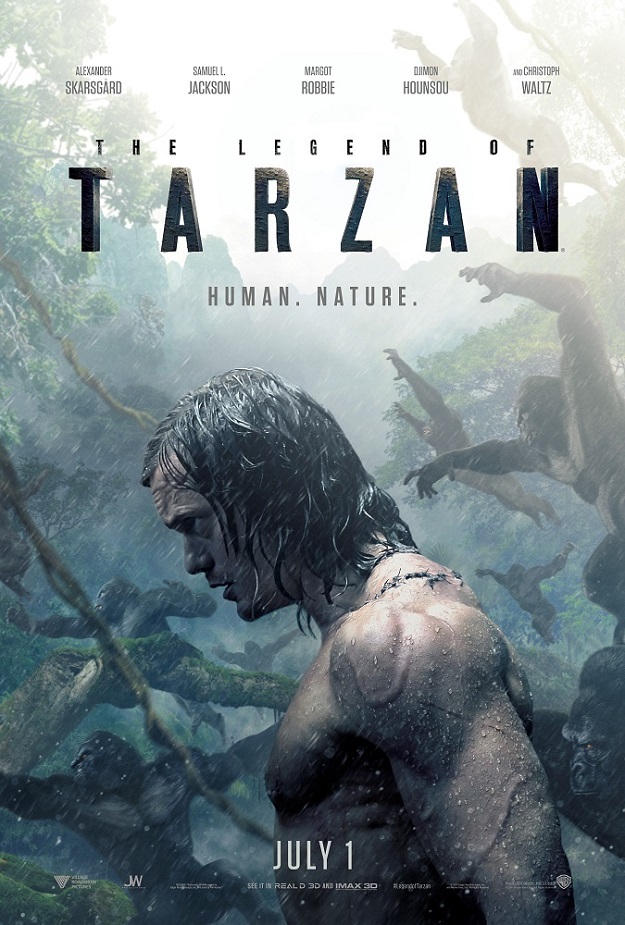 Last week I was invited to an early screening & got the chance to sit down with the two leads of the film, Alexander Skarsgard & Margot Robbie. I also had the opportunity to chat with the director, David Yates, to find out how he created a new spin on a classic tale. 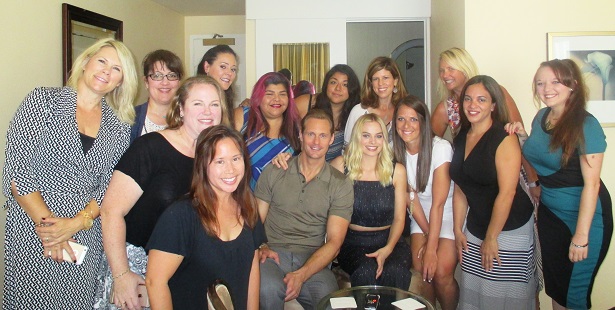 It has been years since the man once known as Tarzan (Skarsgard) left the jungles of Africa behind for a gentrified life as John Clayton III, Lord Greystoke, with his beloved wife, Jane (Robbie) at his side. Now, he has been invited back to the Congo to serve as a trade emissary of Parliament, unaware that he is a pawn in a deadly convergence of greed and revenge, masterminded by the Belgian, Captain Leon Rom (Christoph Waltz). But those behind the murderous plot have no idea what they are about to unleash.

Here are five things to know about The Legend of Tarzan.

1) This is not your grandmother’s Tarzan.

In past versions you’ve seen Tarzan, who was raised by apes, returning to the jungle, running around in a loincloth. Instead the movie starts out differently.

Alexander Skarsgard: It’s a surprising introduction to these characters because you kind of expect the loincloth, the, ‘Me Tarzan, you Jane.’ and instead, it’s this very sophisticated couple in Victorian London. The trajectory of the story is the opposite of the old novels or the old movies. It’s not, you know, the wild man, like, finding his way into civilization. It’s someone who’s already acclimated to that and then is forced to go back and kind of reconnect with his roots.

What I found interesting in this movie is that it is very much grounded in history. I wasn’t aware of the role that King Leopold of Belgium played in the colonization of the Congo. By framing this new Tarzan story within a historical context, it makes it much more compelling.

Director David Yates:  It felt very fresh to me…there was the politics, it was the fun and the comedy, it was the romance [and] it was the big epic sweeping landscapes. It was all of those things that just felt fresh and different to me.

2) Samuel L. Jackson’s character is based on real person.

Samuel L. Jackson plays George Washington Williams, who was one of the first African-Americans to go to the Congo after King Leopold claimed it as his own.

In the film, Jackson’s character accompanies Tarzan on their quest to find out what really is going on in the jungle. To me, Jackson was like a breath of fresh air & really made the scenes with Tarzan come to life. 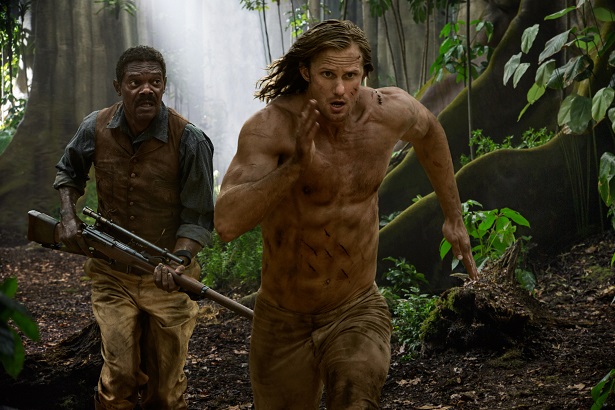 David Yates:  He brings dignity, grace, nobility, humor…he’s got everything. If you’re going to get an actor to play that character, you want someone who’s as smart, as resourceful, as witty, and as subversive as Sam can be.

Margot approached David, asking if she could make Jane more relatable & contemporary by having her “problem solving all the time & actively trying to escape.” David liked that idea & said it worked on a comedic level, but that it also made Jane more independent & capable. 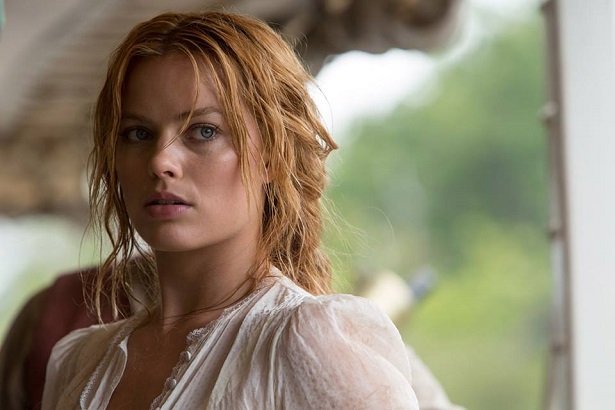 David Yates: I thought, “Well, if we’re going to have a Jane, let’s have an unpretentious Jane who’s earthy and gets on with it, knows her own mind, but she’s beautiful as well.”

Margot Robbie: We also spent a lot of time talking about how to make them also very dependent on each other because, at the heart of it, to me, it’s very much a love story. And if you don’t invest in that, then you don’t really invest in the outcome of the movie. It makes sense that they both need something from each other, where Tarzan’s physically strong, she’s emotionally strong. 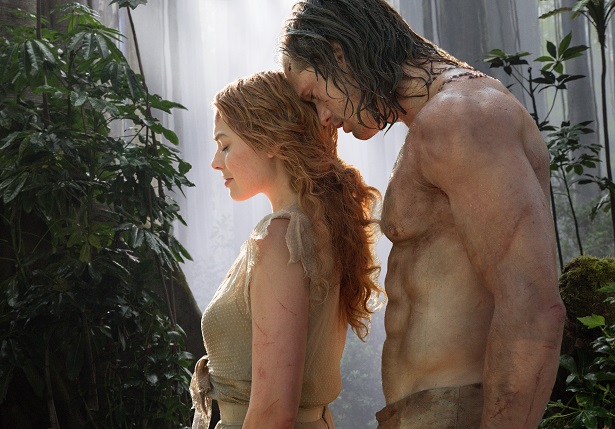 David (director of the final four “Harry Potter” films, as well as the upcoming “Fantastic Beasts and Where to Find Them”) encouraged actors to improvise & try things.

Margot Robbie: David was really down to talk and collaborate. Adam, the writer, was always there, always willing to change things or write things.

Alexander Skarsgard: Both the writer and the director were so collaborative. If you had an idea, they were both genuinely excited about it, like, “All right.  Let’s see if we can figure it out, what would that look like and how would that change things before and after the scene?” They wanted their actors to kind of be creative and come up with new ideas and stuff.

5) The scenery is gorgeous & I’m not just talking about the two beautiful leads! 😉

Although the majority of the movie was shot on a soundstage in England, the filmmakers also went on location to Gabon, which subbed in for the Congo. 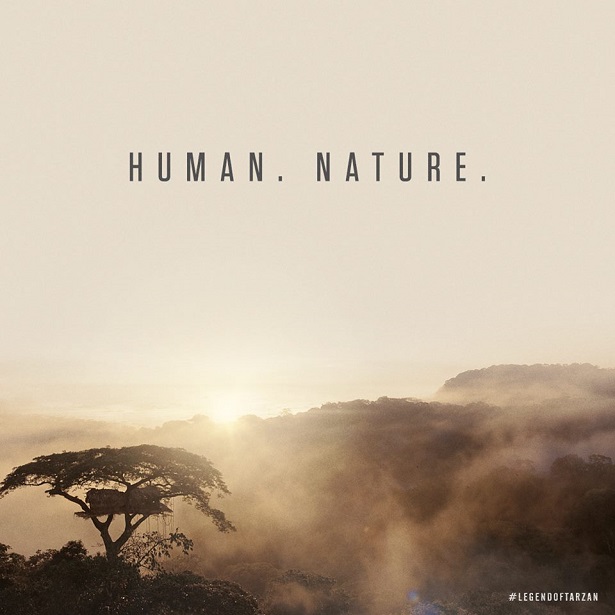 David Yates: Gabon is where we shot all the wonderful landscapes.[It’s] the most beautiful, amazing place in the world. You can only get around by helicopter and it’s pretty special.

Thanks Warner Bros. Pictures for hosting this event. This was such a fun experience! 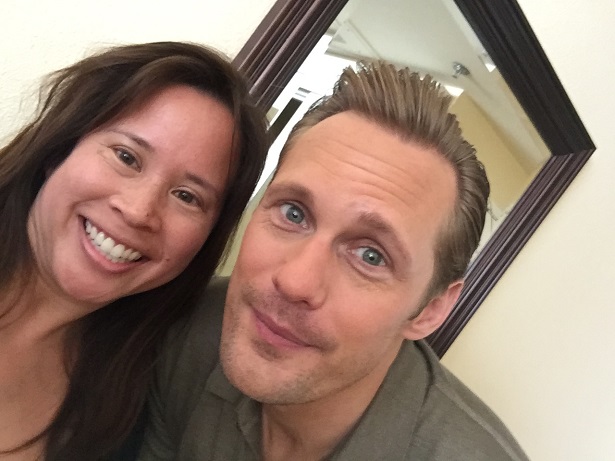