Storks is a sweet & funny movie that takes on the age-old question “Where do babies come from?” Over the summer, I brought my family to watch an early screening of the movie on the Warner Bros. Studios lot. 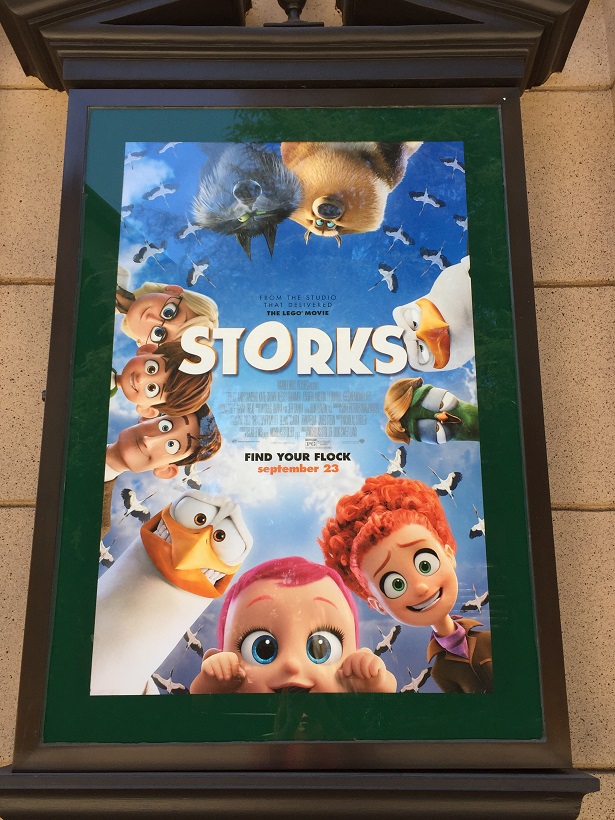 We had seen the commercials for it on TV, so I knew that Andy Samberg (from SNL & Brooklyn Nine-Nine was going to be in it). Andy plays a stork named “Junior” who finds himself climbing (or rather flying) up the corporate ladder at the package delivery company that he works for. 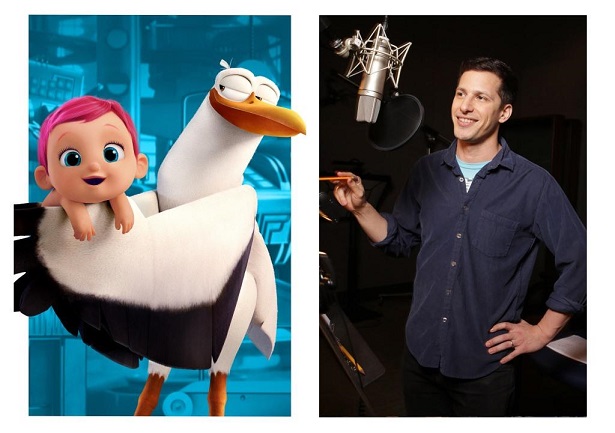 Storks deliver babies…or at least they used to. Now they deliver packages for global internet giant Cornerstore. Junior, the company’s top delivery stork, is about to be promoted when he accidentally activates the Baby Making Machine, producing an adorable and wholly unauthorized baby girl. Desperate to deliver this bundle of trouble before the boss gets wise, Junior and his friend Tulip, the only human on Stork Mountain, race to make their first-ever baby drop – in a wild and revealing journey that could make more than one family whole and restore the storks’ true mission in the world.

All kinds of craziness ensues when Tulip (voiced by actress Katie Crown) & Junior attempt to make this special delivery. 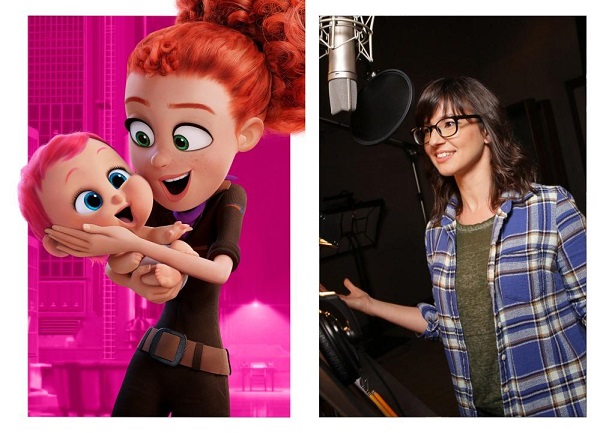 There were many laugh out loud moments especially during scenes with Tulip & Junior trying to feed the baby & rock her to sleep.

Meanwhile, Nate is anxiously awaiting the delivery of his sibling. His parents are workaholic real estate agents voiced by Jennifer Aniston and Ty Burrell. Nate is tired of playing second fiddle to their job & hilariously quips “I’m not a jerky teen yet! Fleeting moments…precious memories!” Eventually the parents unplug from their jobs & have a great time preparing for their bundle of joy to arrive.

My daughter’s favorite character was Tulip & we were fortunate enough to get a picture with her at the after party! 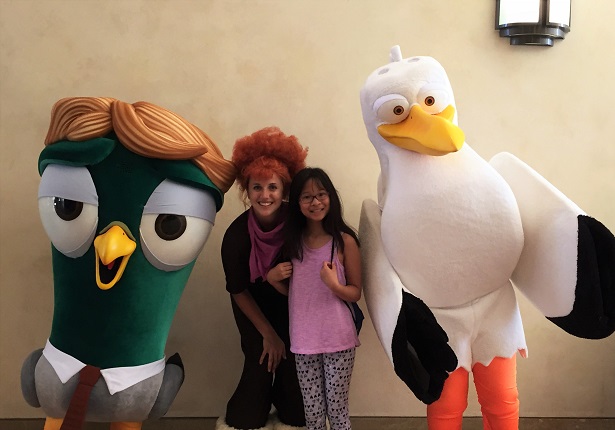 Storks is a fun movie because it shows the challenges of parenting in a humorous way which adults will appreciate. Kids will love it for the action & funny characters.

Disclosure: No monetary compensation was received for this post. I attended an advanced screening of the movie & a media event which helped facilitate this review. Images used with permission from Warner Bros. Pictures. As always, my opinions are 100% my own.