This post is part of a campaign sponsored by Fresh Step. All opinions are my own.

Did you know that National Cat Day is this Sunday, October 29th? Recently I visited the Amanda Foundation animal shelter in Beverly Hills to celebrate #CatLuv & to learn more about cat adoptions. 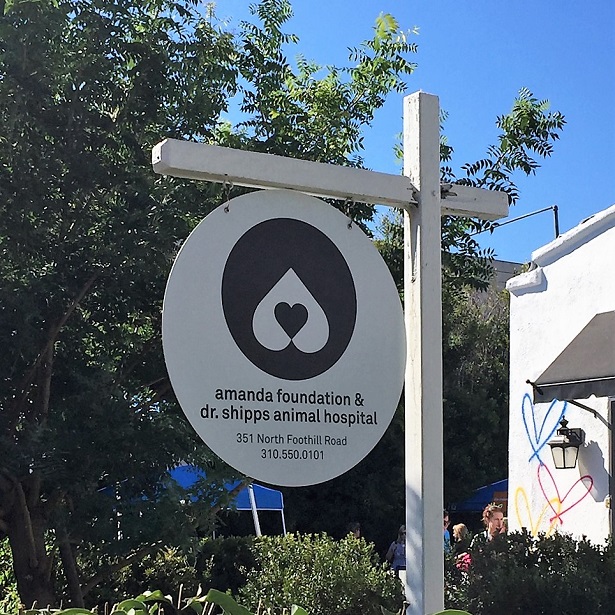 During this event, I met with digital video sensation Zach King (you might know him as Final Cut King) & Aaron Benitez (the brains behind Aaron’s Animals) as well as proud owner of cat-lebrity, Prince Michael (or Michael for short). That awesome mural that you see behind them in the photo below was painted by #LoveWall muralist James Goldcrown. James, Zach & Aaron have partnered with Fresh Step to launch the #CatLuv campaign & share the magic of cat adoption. 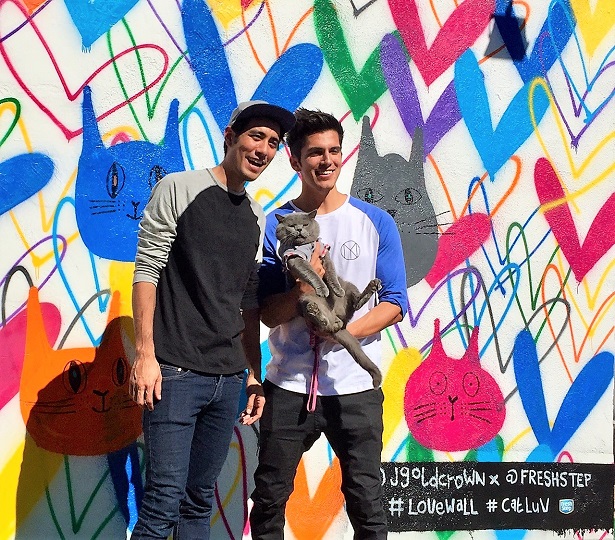 I had the opportunity to meet with Zach & find out what it was like to film with Prince Michael. I was curious to know if Michael required more than one take in filming. According to Zach, “Michael is pretty much a one take wonder. He’s very calm. What we love about Michael is that he gives such great expressions.” 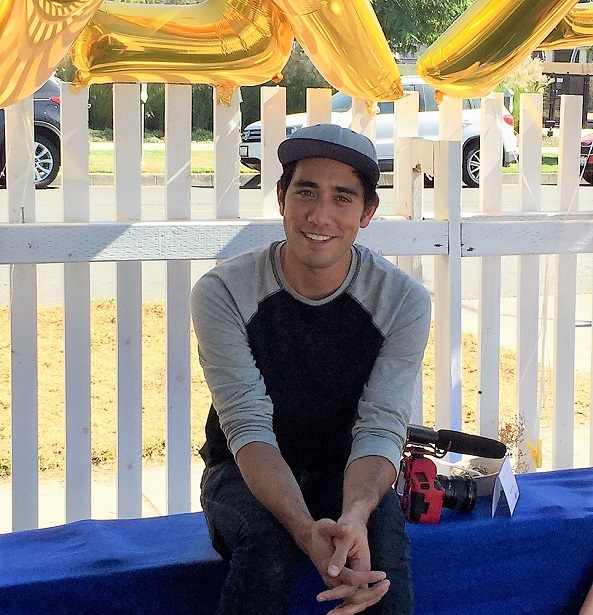 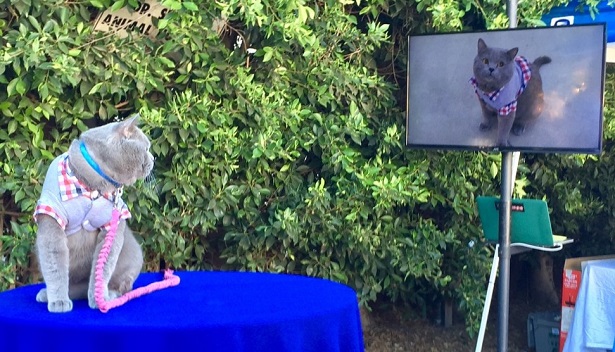 Prince Michael watches his Fresh Step video on the monitor at the Amanda Foundation in Beverly Hills.

Zach enjoys working with cats & loves their little personalities. Having grown up on a farm in Oregon, he had several cats as pets. It’s because of this affection for feline animals that he wanted to partner with Fresh Step & help promote cat adoptions. Said Zach, “I would love to see people adopt not just the cute kittens but going for the older cats & give them a chance since they are on their second chance part of their lives.”

I also got to interview Aaron, owner of Prince Michael. Aaron is good friends with Zach & several years ago they filmed “Jedi Kittens” which you’ve probably seen on YouTube. That video started it all for them. When asked where he came up with the name Prince Michael, Aaron said that he liked the name Michael & the royal moniker “Prince” because the cat is a British Shorthair.

Want to join in on the cat love festivities, win $500, plus a 10,000 Fresh Step Paw Points donation to a shelter of your choice? Just post a photo to Instagram showing your cat love with the hashtags #CatLuv and #contest in the caption for a chance to win.

Anyone can participate in the campaign; just be sure to use the contest hashtags in your Instagram pic & you’ll be entered into the contest through November 15. For more details, visit www.freshstep.com/our-purpose/.

For my readers who live in the Los Angeles area, I encourage you to visit the Amanda Foundation animal shelter at 351 Foothill Rd, Beverly Hills, CA 90210 & take a photo in front of the colorful #CatLuv mural. While you’re there, check out the cats that are up for adoption! NOTE: Fresh Step is offering fee-waived cat adoptions at the Amanda Foundation through October 30!

These two cats at the Amanda Foundation animal shelter are waiting to be adopted.

Thanks Fresh Step for inviting me to take part in this wonderful event!

For more information, visit The Amanda Foundation website here. You can also check out the Fresh Step digital channel for fun videos & be sure to visit their Facebook page to get the latest updates!

Disclosure: This is a sponsored post, which means that I was provided compensation and/or product in exchange for this post. All images & opinions are 100% my own.