I received a complimentary copy of “A Wrinkle in Time” as well as promotional items which helped facilitate this blog post. All opinions are my own.

My daughter completed her finals last week & what better way to celebrate the end of a school year than a fun family movie night! Having read A Wrinkle in Time several months ago, she was excited to see how the movie translated to the screen. 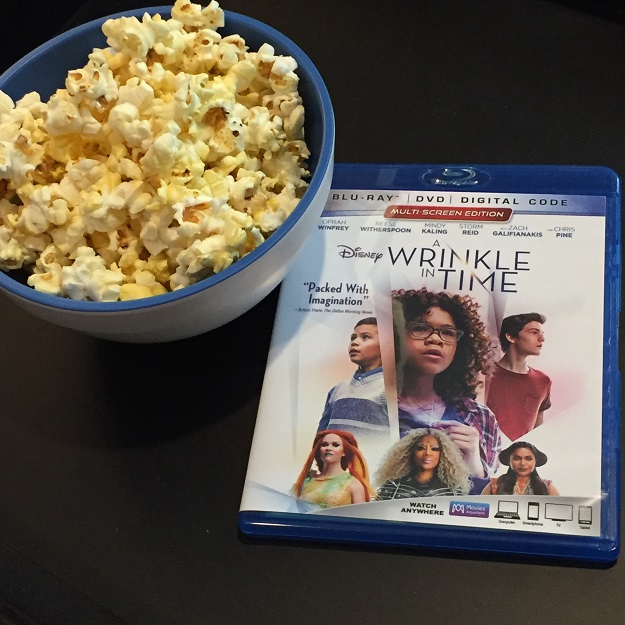 One of the neat things about having a family movie night is that we can catch up on a movie that we missed in the theater or revisit a film that we already love. It’s such a treat to eat yummy snacks & spend quality time together in the comfort of our own home!

To celebrate the Blu-ray release of A Wrinkle in Time, Walt Disney Studios sent us a box of goodies. As you can see, these products are sure to spark a child’s imagination, much like how the movie highlights the importance of creativity, wisdom & originality.

Before watching the movie, we played a few rounds of cards with these colorful Mrs. Which Playing Cards! 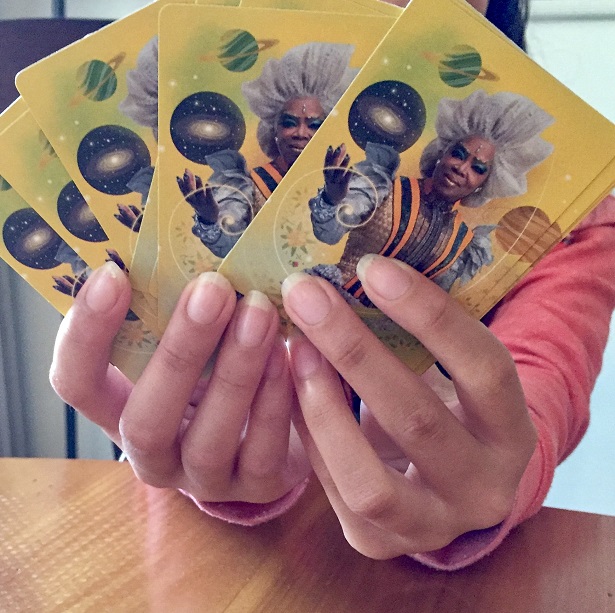 Inspired by the bold colors of the film that she had seen in the movie trailer, my daughter made a sparkly bracelet to wear while watching the movie.

Speaking of movie trailers, for those who are not familiar with A Wrinkle in Time – here’s a quick refresher!

From visionary director Ava DuVernay comes Disney’s “A Wrinkle in Time,” an epic adventure based on Madeleine L’Engle’s timeless classic which takes audiences across dimensions of time and space, examining the nature of darkness versus light and, ultimately, the triumph of love.

After quickly perusing through A Wrinkle in Time: A Guide to the Universe Book, it was time to start the movie. Now this book is slightly different from the Madeleine L’Engle version, as it is more of a companion piece to the Disney film, with colorful illustrations.

Overall the movie is entertaining, colorful & imaginative. My daughter thoroughly enjoyed the movie & can’t wait to dive into the A Wrinkle in Time: A Guide to the Universe Book during her summer break!

As the mother of a tween girl, I applaud the movie’s message (which Oprah’s character, Mrs. Which reiterates throughout the movie) & that is to “Be a Warrior.” Meg becomes strong & self-reliant so that she can face the darkness, bringing her friends & family back into the light.

Disney’s “A Wrinkle in Time” is available now on Digital and Blu-ray. 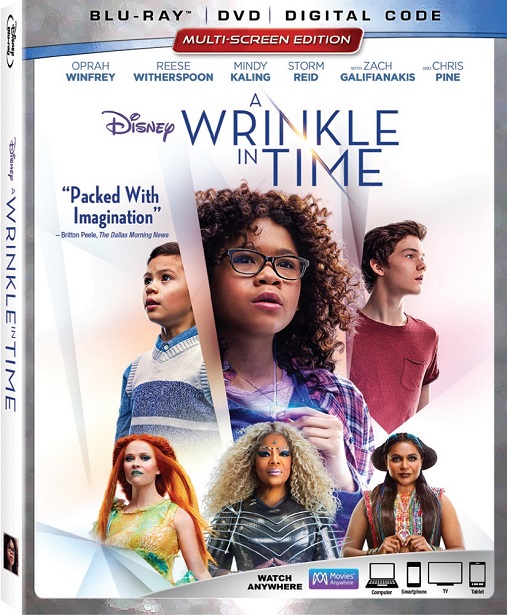 Bonus features on the Blu-ray include: