I’m one of those people who spends more time watching movies at home than in the movie theater. For that reason alone, my family is looking to improve on our home theater options. Fortunately, I got to explore many products at the Techlicious Lunch & Learn in Century City.

My first stop was at the Video & Audio Center in the Westfield Century City shopping mall. Bloggers & influencers were gathered at the retail store to view all of the cool tech being offered this year. I could see a lot of people making mental notes for their holiday shopping lists! 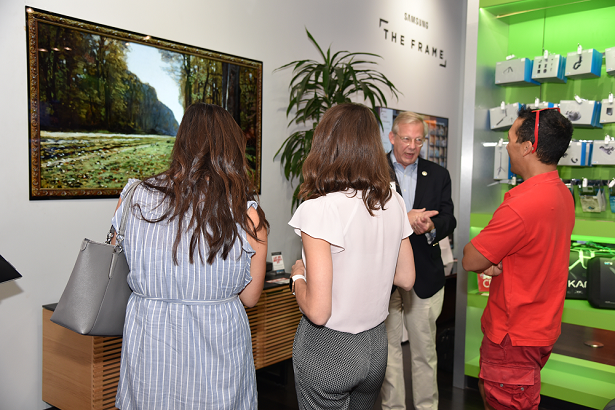 I was really impressed by Samsung’s The Frame. It’s so sleek & pretty (no messy wires & it hangs on the wall like a piece of art) – literally & figuratively! The idea is that it is a television when it’s on & art when it’s turned off. You can customize The Frame with artwork pulled from the Samsung Art Store, a diverse library of artwork from some of the most prominent museums, galleries & artists in the world.

I also liked the LG Signature OLED TV AI ThinQ W8. The LG W8 series ultra-thin wallpaper design allows the television to mount virtually flush with the wall so it seems to blend in. 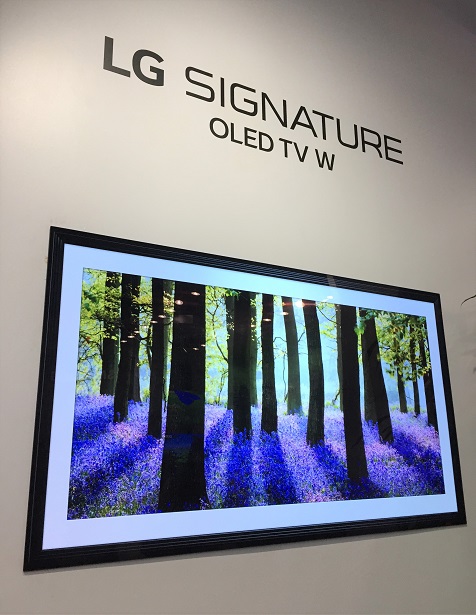 Now if you already have a TV & would like to explore the surround sound/speaker options, here’s one that I especially liked. The JBL Bar 5.1 features two battery-powered, rechargeable, wireless rear speakers with 10 hours of battery life. What is even cooler is that both rear speakers detach from the soundbar & can be placed anywhere in the room – coffee table, book shelf, mantle, your kid’s hands (kidding!) so that you can get that true surround sound! 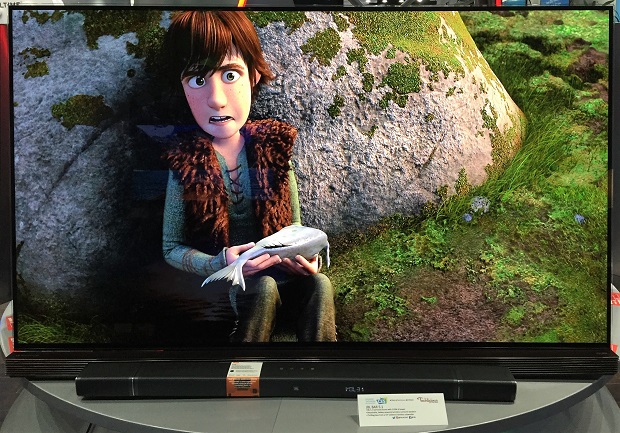 The tech gadget that I really like (and what would be so useful in the kitchen) is the JBL Link View. It works exactly like a Google Home (which we have) but this product has a visual display AND a touch screen! I was explaining to the JBL rep that I often use my Google Home as a timer when I’m cooking, that way I don’t have to set a timer with my hands while I’m chopping veggies or stirring pasta sauce on the stove. However, I used to wish that my Google Home had a screen so that I can see the timer countdown.

The JBL Link View uses Google Assistant & allows you to view pictures, stream audio & video, ask questions or look-up food recipes. You can even make video calls with friends & family by using voice commands! Now if only it would cook my dinner after I call up the food recipes. 😉 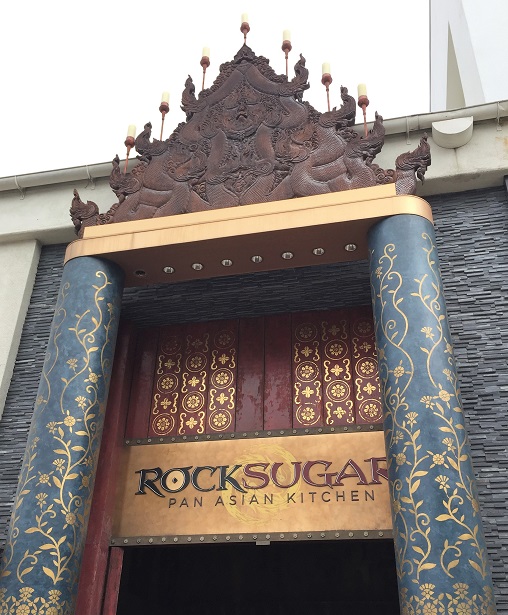 During the lunch hosted by Techlicious & CTA we learned some interesting facts. Did you know that the Top Tech Trends in 2018 are: 1) Voice Activated Electronics, 2) The Three Screens in Your Life: TV, computer, mobile phone or tablet & 3) Connectivity – we are all wired up!

Now before the Lunch & Learn, if you were to ask me what is the #1 tech item that people own, I would’ve said a smartphone. However, I’d be wrong!

We learned that the most frequently owned technology item is:

My brother-in-law has a 4K Ultra High Definition Television. I never really understood what 4K meant but when I saw it in person, the movie that he was watching looked crystal clear. How is that achieved?

-4K UHD TVs have over 8 million pixels – 4x the pixels of HDTVs.
-Higher resolution provides much greater detail in your movies.
-To get the full benefit of your 4K UHD TV, you want to watch 4K content (Vudu, Netflix, Amazon, Blu-ray disc, AT&T DirecTV ) & sit at the proper distance.

After viewing so many fabulous home theater systems & tech gadgets, I know exactly what to put on my wish list this holiday season. Thanks Techlicious & Consumer Technology Association (CTA) for hosting a wonderful event! 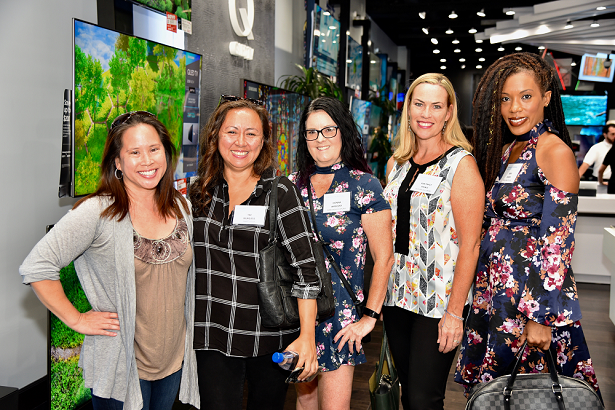 Disclosure: No monetary compensation was received for this post. I attended a media event which helped facilitate this review. All ideas & opinions are 100% my own.