Last month, I attended PopSugar Grounded in Hollywood. It was the last blogger-type event that I attended before the quarantine/shelter-in-place restrictions were instituted in Los Angeles. 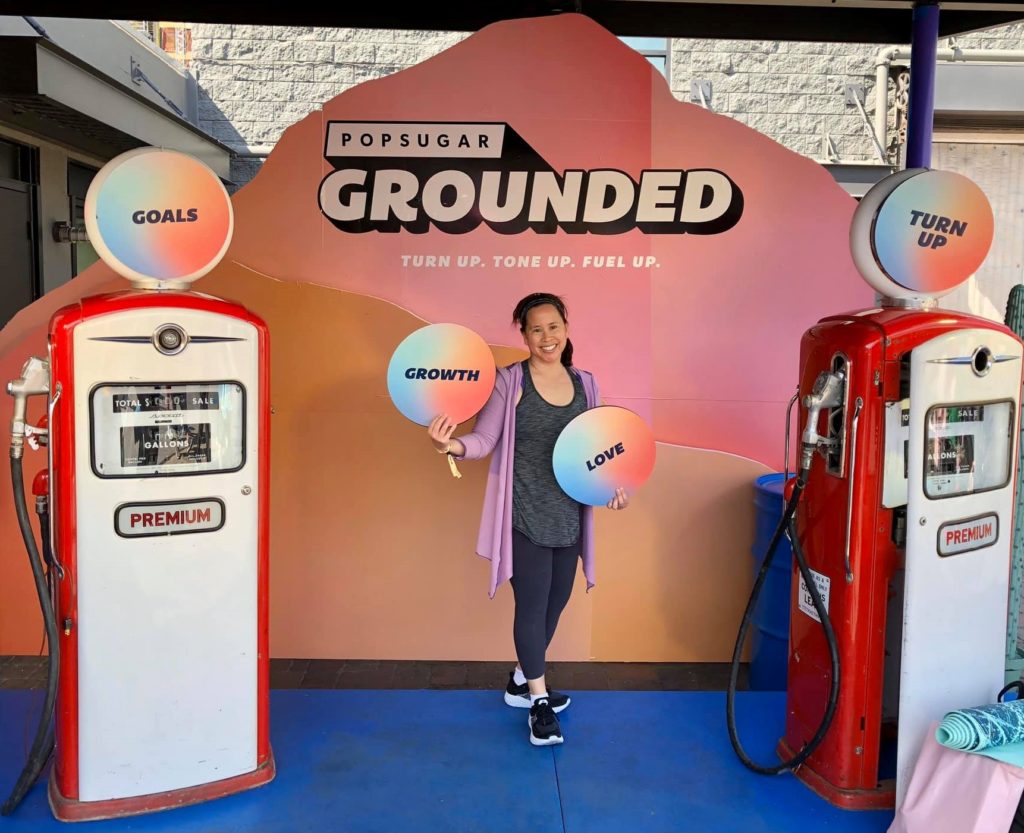 First let me state for the record, that I purchased my $25 ticket for a half-day session, and I wasn’t obligated to write about this for my blog. However, I had such a fun time that I wanted to share this recap with my readers!

When I first arrived at Goya Studios, which is a sound stage deep in the heart of Hollywood, I stood in a long queue to enter. I was really excited about the PopSugar event and I wasn’t sure what to expect. Earlier in the week, I received an email to pre-register for one exercise class in the Body Garage.

After I passed through the registration area, they pointed me to another table where I could pre-register for two more fitness classes. We were given hair ties to place around our wrists with the name of the exercise class printed on it. Later when we lined up outside the doors to enter, a PopSugar employee would check to see if we had on the correct wrist band to enter. 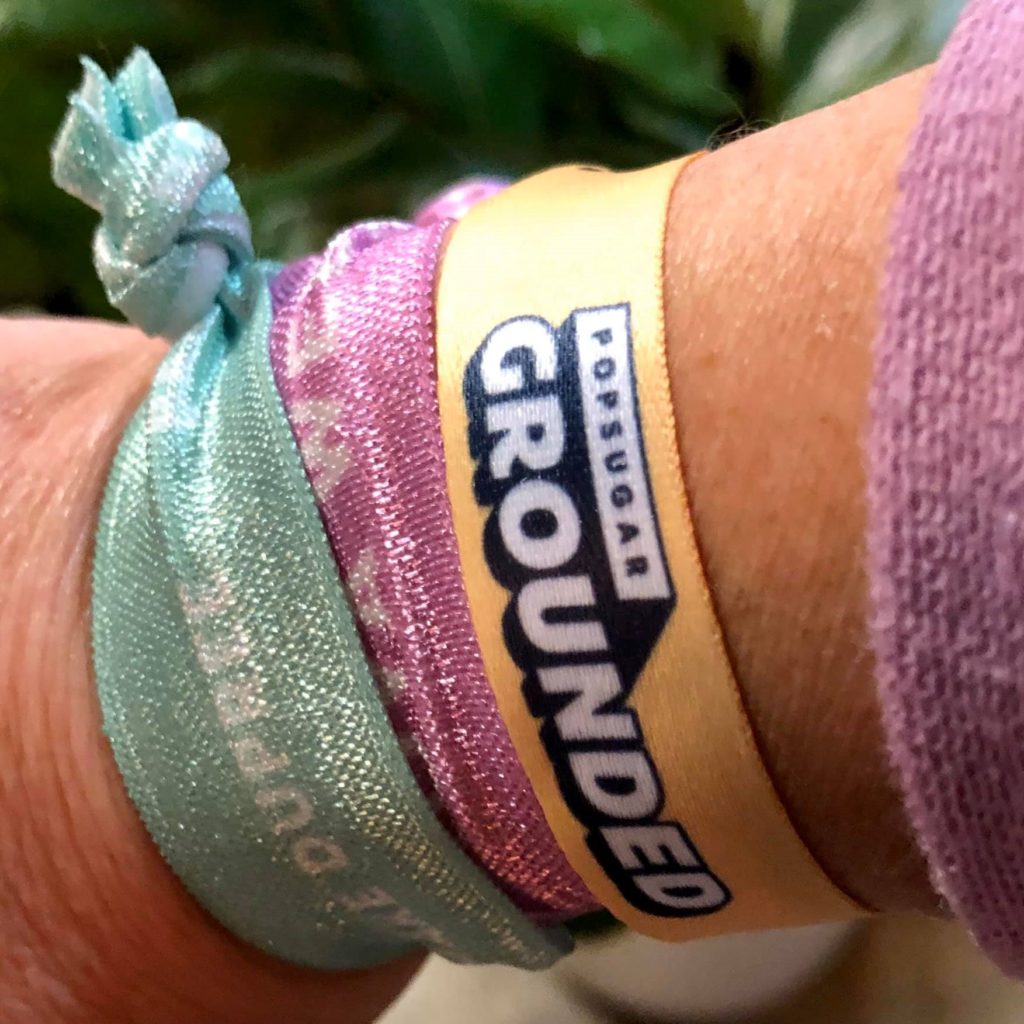 Due to the popularity of the instructor, some of the classes were filled right away. The immensely popular, Tone It Up Trainers — Karena and Katrina, taught the first class. Because the registration process took a while to get through, the class had already started, which worked out fine since I didn’t pre-register for this class.

So instead, I made my way down to the Rest Stop for an Intentional Inspiration workshop led by Sah D’Simone. This workshop combined ancient meditation techniques, dance, breathwork, and mantra practice. You can head over to my stories here to see Sah in action! 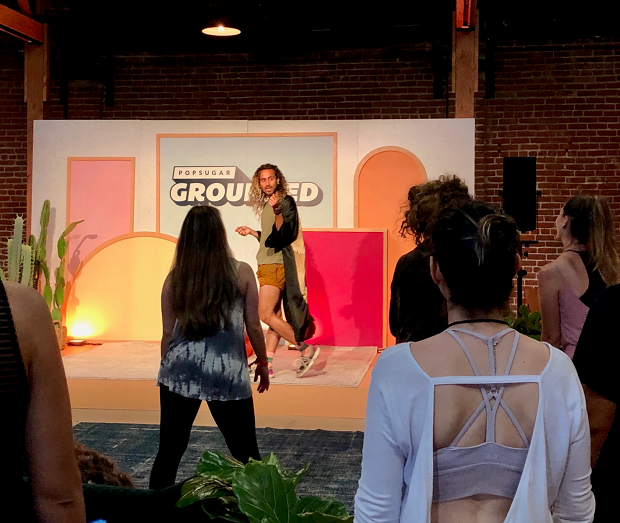 After the workshop was over, I had a little bit of time to kill before my yoga class. I visited the Nature’s Way pop-up with Chelsea Williams where she talked about Alive!® women’s multivitamins. Thanks to Chelsea and the folks at Nature’s Way, all attendees scored samples of Alive! Hair, Skin & Nails with Colagen, Alive! Multi-Vitamins, and Alive! Women’s Energy (made with high potency B-vitamins). 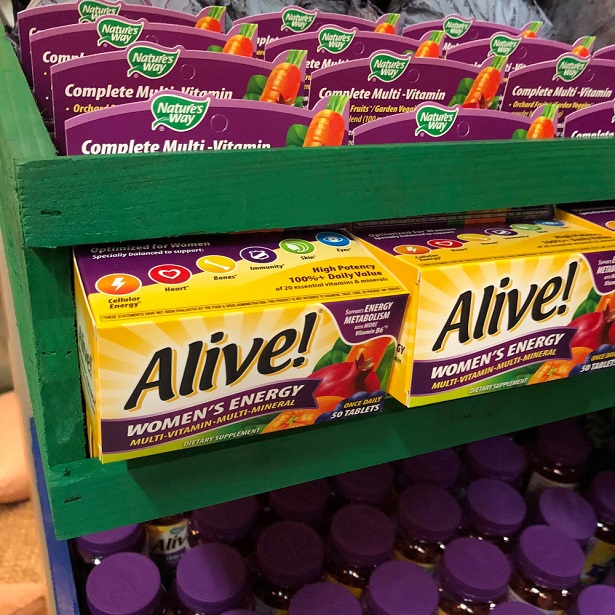 I also checked out the Koolaburra by UGG pop-up that was in the corner of the studio where they were handing out cute little pink tote bags. Then I realized that they were hosting a giveaway, in which all you had to do is share a photo on social media of their booth and then you’d win a pair of Koolaburra sandals. So naturally I agreed to do it! The smallest size they had to give me was size 7, so since they were slightly too big for me, my daughter claimed them for herself after I got home from the event (see photo below, on the right).

After claiming my prize, I stepped into Natural Vitality’s CALM Motel, where I was treated to a soothing stress-relief drink. They handed out several cannisters of this powdered formula to attendees and I made sure to take some as it contains magnesium. I read in magazines how magnesium helps support healthy bones and muscles. In fact, my hubby takes a magnesium supplement (in pill form) because sometimes he gets leg cramps. 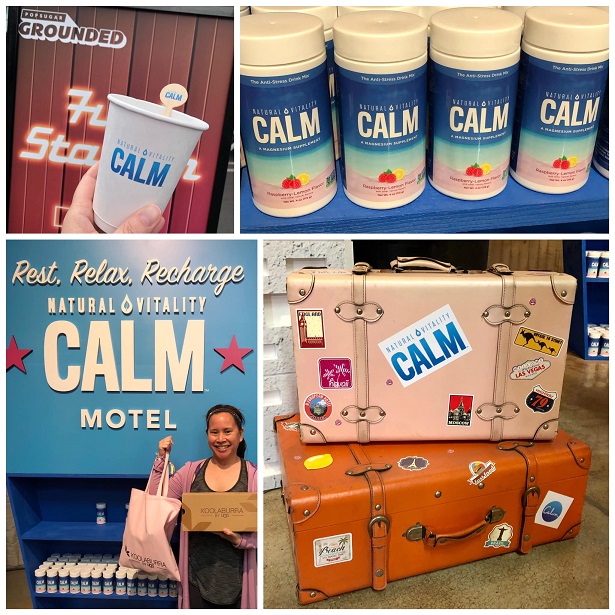 I’m so glad that I took a couple of these CALM cannisters because the drink tastes good! I’ve been sheltering in place with my family for a little over a month now and I drink a cup in the morning before I have cup of tea. It’s a nice way to start the day.

After visiting the CALM booth, it was time to head over to the Body Garage for a Fierce Flow yoga session with Koya Webb. I loved her class and teaching style! She had great music and used affirmations, poetry, and spoken word to keep the class inspired as we participated in a yoga flow. 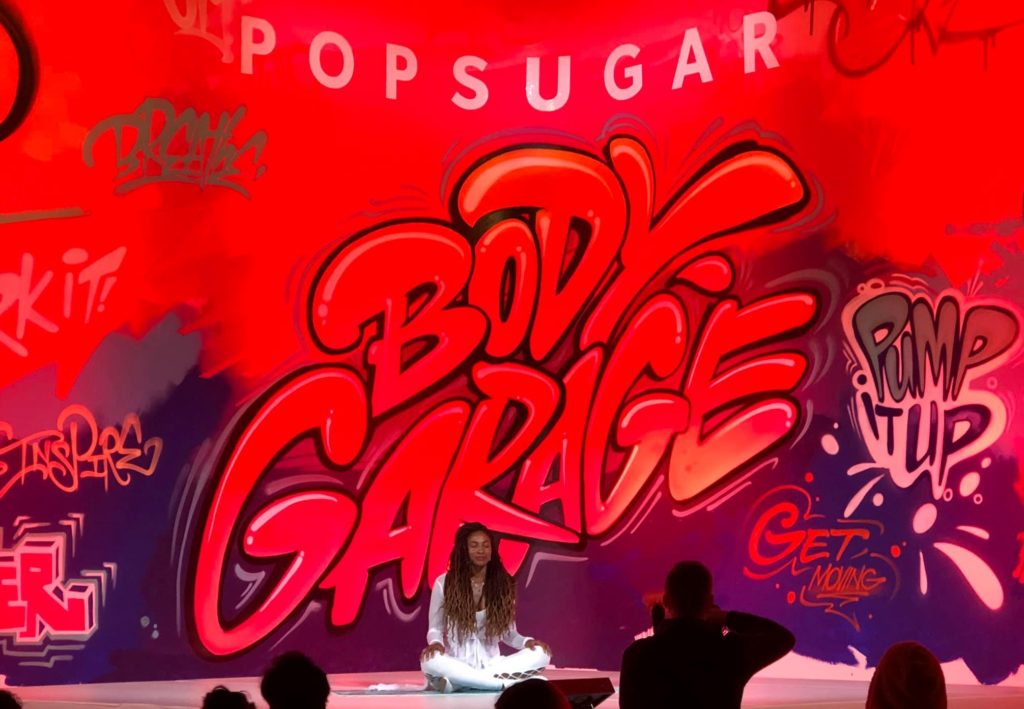 After the yoga class, I went back to the Rest Stop section to attend a sound bath session led by sound healer and meditation instructor Elizabeth Schieffelin. I found it extremely relaxing to listen to Elizabeth’s voice as she as she tuned the bowls. You can see it in action here.

Before I went to my final exercise class of the day, I headed over to the PopSugar Fuel Station to eat some healthy bites.

While standing in line at the Green Truck, I ran into Millana Snow, energy healer and founder of Wellness Official, and Angie Rojo – hypnotist and self-love mentor. Millana was going to host an afternoon session involving a deep-healing breathwork experience at the Rest Stop. Angie was hosting a healing hypnosis session after lunch. Sadly I was unable to attend either session since I bought a half-day morning pass. It was so nice to chat with these lovely ladies and I hope to meet them again at a future wellness event! 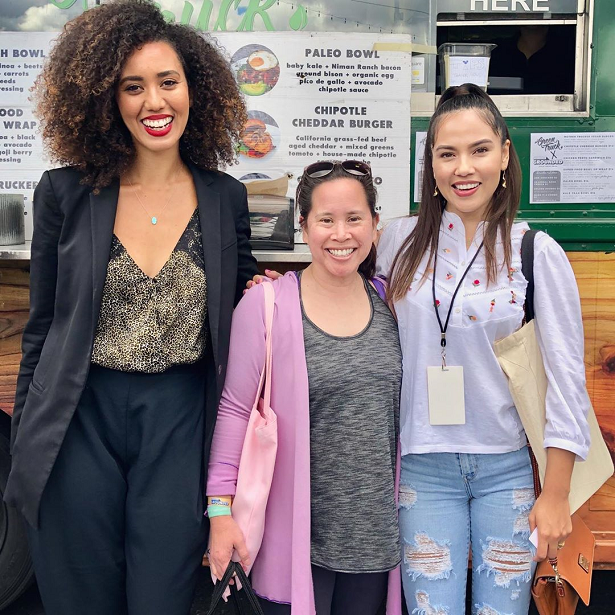 My final fitness class of the day was with Jake DuPree. His Raise the Barre boot camp class held at the Body Garage was intense and I loved it! The fitness session combines elements of barre, pilates, high-intensity cardio, and calisthenics. There were several times where I wanted to give up but his energy and humor is so uplifting that I carried on. 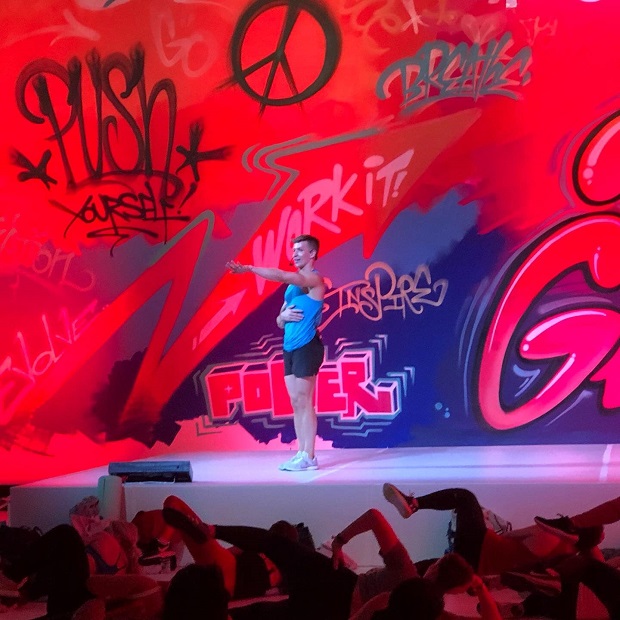 Thanks PopSugar for hosting this fun event. I had a great time fueling up on good food, positive energy, and participating in fitness classes! 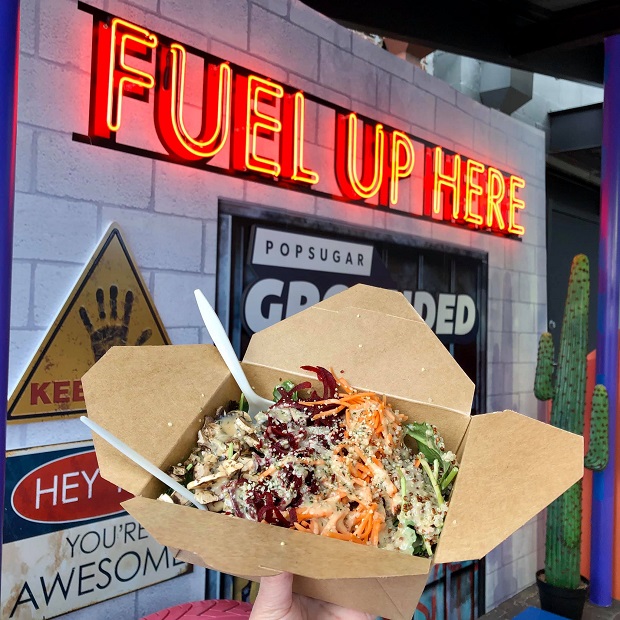 Disclosure: No monetary compensation was received for this post. I purchased a ticket and attended an event that was open to the public. Though a post was not required, I wanted to share my experience. All images & opinions are 100% my own.