“Nomadland” is a beautifully filmed, thoughtful movie starring Academy Award winner Frances McDormand. McDormand’s Fern, recently widowed and without a job, embarks on a journey unlike any other that we have seen in movies. The film is set in 2011 and follows Fern as she travels throughout the American Southwest in her renovated van looking for work. 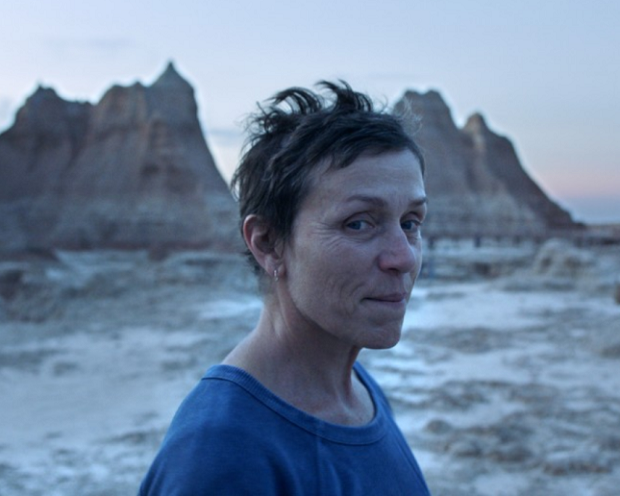 The movie explores the idea of what makes a place a home. Is it a permanent residency in a split-level house or can one live contently in a nomadic lifestyle out of a mobile home, or in this case a tricked-out van?

There’s one scene fairly early on in the movie that really resonated with me. We see Fern bump into family friends at a retail store. As the family turns to leave, the teenage daughter says to her, “My mom says that you’re homeless, is that true?” To which Fern replies, “No, I’m not homeless. I’m just house-less.”

As Fern moves from town to town, she comes across a community of van dwellers. Fern strikes up a close friendship with Dave, played by David Strathairn. Their lives intersect throughout the movie as they migrate from seasonal job to seasonal job. 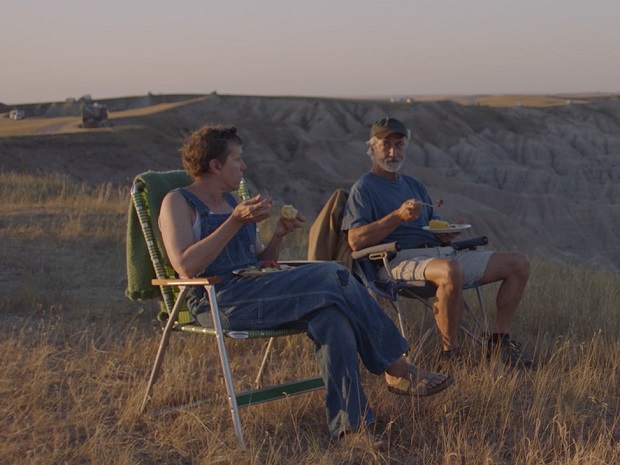 We watch Fern go from one gig to the next, sorting packages at a huge Amazon shipping center, as a trailer-park employee/camp host, and even at a food processing plant. Driving from place to place, it’s during these quiet moments of solitude that Fern discovers things about herself that she never knew.

Following the economic collapse of a company town in rural Nevada, Fern (Frances McDormand) packs her van and sets off on the road exploring a life outside of conventional society as a modern-day nomad. Along the way in this story of hope, she meets other nomads who become mentors in her life amidst the vast, sometimes breathtaking landscape of the American West. From Searchlight Pictures and acclaimed director Chloé Zhao, “Nomadland” features real-life nomads Linda May, Swankie and Bob Wells.

The film features stunning scenery with sweeping vistas gorgeously filmed. It’s no wonder that the movie was nominated for Best Cinematography at the Oscars! 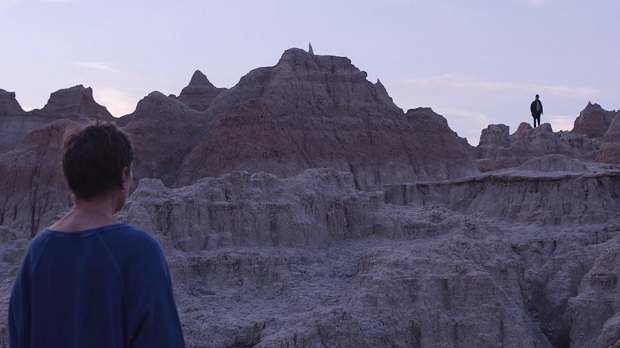 In total, the film was nominated for six Oscars: Best Picture, Best Cinematography, Best Adapted Screenplay, Best Actress, Best Director & Best Film Editing. Frances McDormand, who not only acted in the film but was also a producer, became the first woman to win Best Actress and Best Picture for the same movie. Chloé Zhao made history as the first woman of color, and second woman overall, to win the Oscar for Best Director.

“Nomadland” is available to own on all major digital platforms and arrives on Blu-ray on April 27th. Both the digital and physical releases of the film include:

The movie’s theme about taking the road less traveled really had me thinking and it’s one of those stories that sits with you long after the credits roll at the end. To paraphrase Chloé Zhao’s speech at the Academy Awards, the film teaches you about the power of resilience and hope. It also reminds you of what true kindness looks like.

“Nomadland” is available on all major digital platforms and arrives on Blu-ray on April 27.
“Nomadland” is rated R.
Visit the official website here for more information.