Last month I attended a virtual event, Impactful Women: Process and Collaboration, that was co-hosted by Women in Media and Impact24 PR. 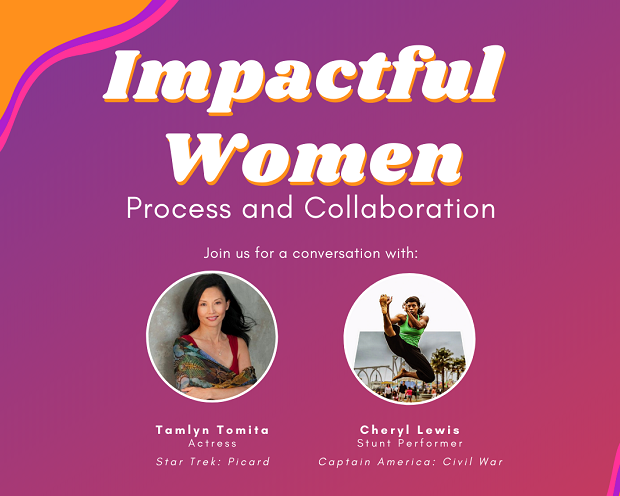 Women in Media frequently hosts virtual events. The purpose of the Impactful Women digital panel is to highlight women, both in front of the camera and behind-the-scenes of popular film and TV projects.

The two women on this Impactful Women panel were Tamlyn Tomita and Cheryl Lewis. I was excited to listen to both of them, as they discussed their craft and how they are champions for change in the entertainment industry.

I’ve been a fan of Tamlyn Tomita since her Karate Kid Part II and The Joy Luck Club days! Since those early days, she has starred in Star Trek: Picard, The Good Doctor, and Teen Wolf. 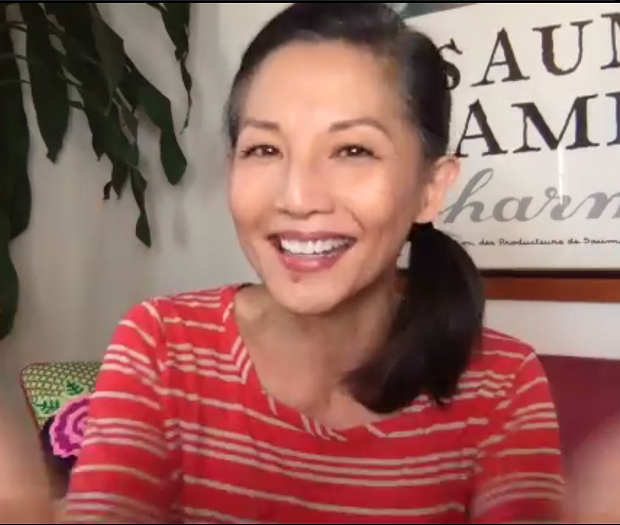 Cheryl Lewis is a stunt performer, who has been involved in Wonder Woman 1984, Captain America: Civil War, Gotham, and Orange is the New Black. 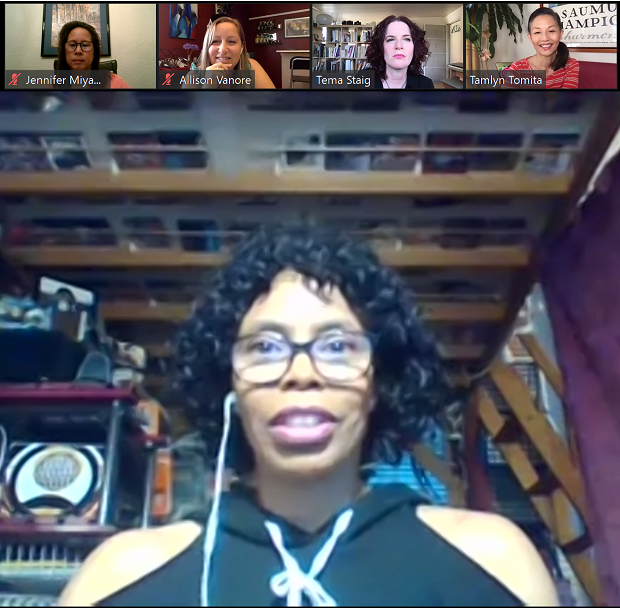 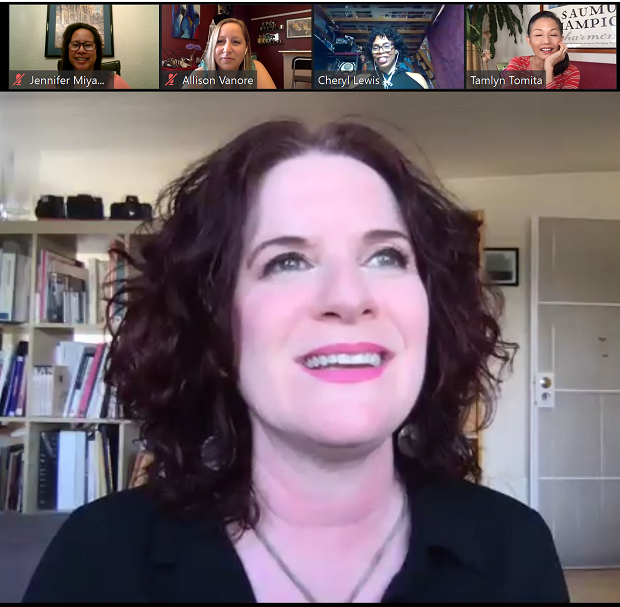 We learned that Cheryl was an athlete as a kid. She got started as a gymnast as a kid, then after she retired from gymnastics, she turned to dancing. Later she auditioned for a part that required a dancer that could tumble and act. This was an audition for a stunt show at Walt Disney World! The show was called “Tarzan Rocks” and it was held in the Animal Kingdom at WDW. Cheryl landed the role where she performed as aerialist, in-line skater, tumbler, and stunt performer.

Cheryl took us through the physics of stunt work for a fire burn. There are 3 elements for fire: heat, fuel, oxygen. These 3 elements need to be controllable in a stunt scene. The way she explained the science of stunt work was fascinating!

She also described the physics of getting hit by a car (i.e. are you flipping over the hood, are you supposed to fall to the wayside, etc.). She said it’s important to understand the mechanics of it all – you need to know where you are in space in order to land correctly. It’s all about the timing with the stunt driver (you have to trust the stunt driver), work out the timing of the speed, where you want the impact of the “hit” to be, like at a certain mark, etc.

Tema Staig mentioned that Star Trek: Picard was a landmark because it was the first Start Trek pilot that was directed by a woman, Hanelle Culpepper. Tema wanted to know if Tamlyn felt that having a woman behind the camera has affected the stories that are told. Said Tamlyn, “There is that sense [that] the fullness of the story can be fleshed out because we do have different perspectives as women.” Adding, “It provides the balance of the yin yang.”

Tamlyn went on to say that with Hanelle as the director, she felt very safe in her hands. Saying, “There’s that feeling of innate trust because [she was] trying to pull that emotionality, the depth of soul, and the mindful intelligence of what goes into the scene.” 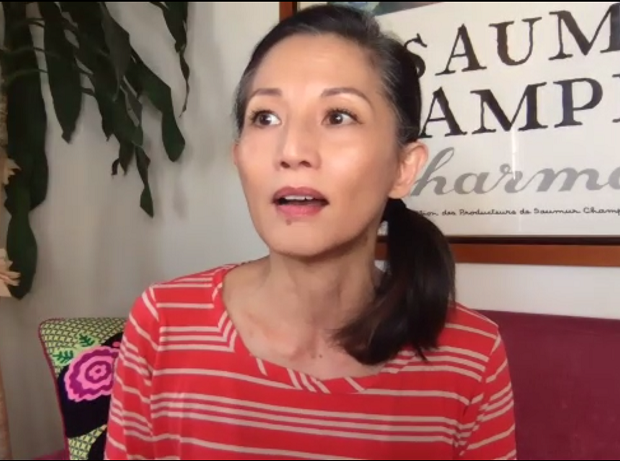 Tamlyn also shared with us that when Star Trek: Picard was casting the series in 2018, they brought her in to screen test for a different role. Ultimately, they passed on her for that role. Later in the year, they offered her the role that would eventually become “Commodore Oh.”

When it comes to being on a television or movie set, Tamlyn said, “It’s challenging as women on a set because it’s still the majority male-oriented.” Adding, “But women have the knowledge, the strength, the wherewithal to be able to show their forthrightness and their ‘superwoman’ ability to perform on set.”

Speaking of superwomen, Cheryl worked on Wonder Woman 1984 as a stunt performer. What was it like being on set with Patty Jenkin? Said Cheryl, “It was such a big and massive undertaking, and for that, I’m still in wonderment and awe [of] her, to be that conductor of so many pieces of this great symphony.” 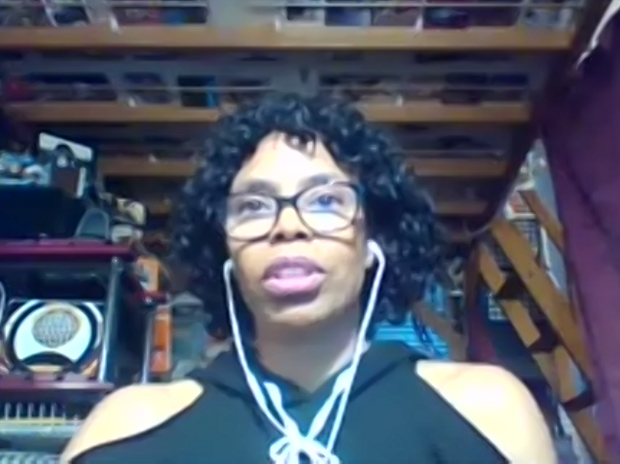 She went on to explain that it’s not just the acting and the stunts, but as a director, you also have to know where the VFX and the special effects come in, so that you can collaborate and be able to film it correctly. Wonder Woman 1984 was filmed on location in Washington, D.C. There were a lot of extras and background artists. Said Cheryl, “It was amazing to watch her work, to control and conduct, visualize, and be that kind of leader. I feel blessed to have observed that. I was in awe of what we filmed!”

Everything that Cheryl described while being on set as a stunt performer or stunt double, made me realize that stunt work is very collaborative in nature. It requires trust, listening to the actor and their body, as well as their limitations.

One of the last questions of the panel was the following…

What would be your number one piece of advice for those who are getting into the business?

Thank you Women in Media for inviting me to attend this Impactful Women event! I learned so much from these two amazing women!

If you’d like to learn more about Women in Media, visit their website here. Also, don’t forget to check out their Facebook page for event updates!

Disclosure: No monetary compensation was received for this post. I attended an online event hosted by Women in Media and Impact24 PR which helped facilitate this interview. All images are my own unless otherwise noted. As always, my opinions are 100% my own.