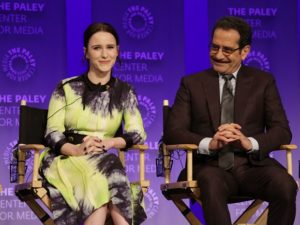 Earlier this month, the cast and creatives of The Marvelous Mrs. Maisel met at PaleyFest for a rousing panel discussion. The event was kicked off (literally and figuratively) by a lively dance number, reminiscent of the Catskills dancing scene. The panel discussion was moderated by stand-up comedian and actor, Patton Oswalt. However, before asking any questions, Oswalt praised The Marvelous Mrs. Maisel saying “This show gets the … END_OF_DOCUMENT_TOKEN_TO_BE_REPLACED

It’s almost September & that means the new Fall television season is around the corner! I can’t wait to see what the new line-up will be for this season. Fortunately, the Paley Center for Media is hosting PaleyFest Fall TV Previews, so that pop culture enthusiasts (like me) can get the scoop on what to expect! PaleyFest Fall TV Previews takes place September 6-16 in Beverly Hills. The 10-day festival includes receptions, preview … END_OF_DOCUMENT_TOKEN_TO_BE_REPLACED 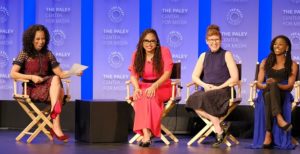 During PaleyFest, I learned that season 3 of Queen Sugar will have a special two-night premiere on Tuesday, May 29 & Wednesday, May 30. The hour-plus interview between host Nischelle Turner (Entertainment Tonight reporter) & the cast & producers of Queen Sugar, revealed a great deal. Now I’ve been a huge fan of Queen Sugar since the very beginning. The TV series premiered on the Oprah Winfrey Network (OWN) back in September … END_OF_DOCUMENT_TOKEN_TO_BE_REPLACED 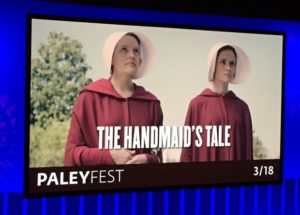 Praise be…in just a little over a week, “The Handmaid’s Tale” will return to the small screen for season 2! Last month I attended PaleyFest, held at the Dolby Theatre in Hollywood, where the cast & producers of the show chatted about what we could expect in the second season. Before the cast came out on stage, the audience got to watch a preview of the upcoming season. We discover Alexis Bledel's character, Ofglen, doing manual … END_OF_DOCUMENT_TOKEN_TO_BE_REPLACED