Praise be…in just a little over a week, “The Handmaid’s Tale” will return to the small screen for season 2! Last month I attended PaleyFest, held at the Dolby Theatre in Hollywood, where the cast & producers of the show chatted about what we could expect in the second season. 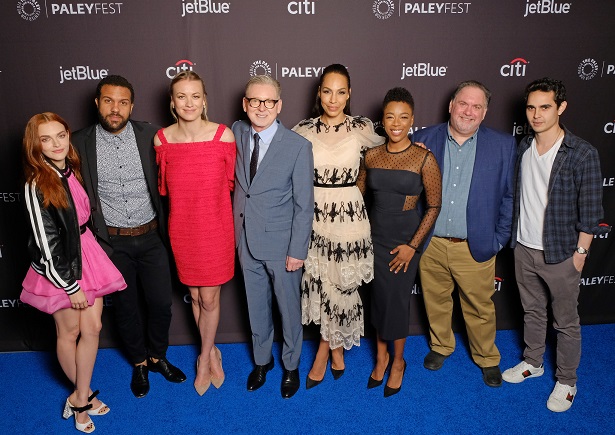 Before the cast came out on stage, the audience got to watch a preview of the upcoming season. 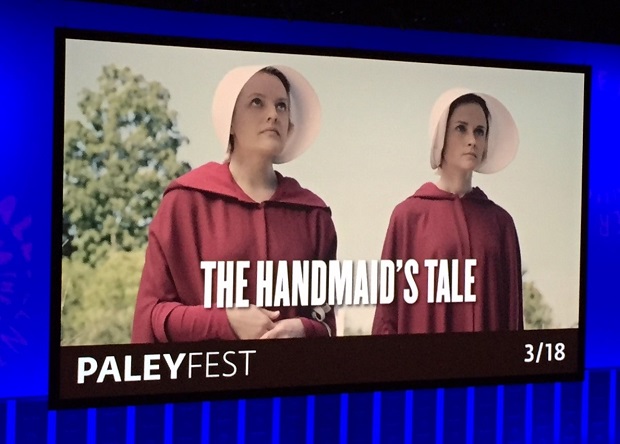 We discover Alexis Bledel’s character, Ofglen, doing manual labor in what looks like a work camp area. We later learn that this is The Colonies. Although Alexis was not at PaleyFest, Madeline Brewer (who plays Janine) was on-hand to give us the details of what life is like in The Colonies. Says Madeline, “Aesthetically it is really beautiful, like rolling hills & cornfields. Then you put a magnifying glass on it & it’s incredibly sinister & gut-wrenchingly terrible.” 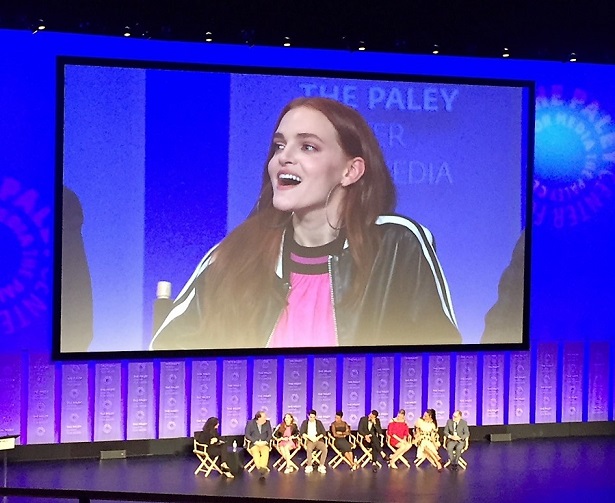 “The colonies are horrible. They’re an extrapolation of the way they think about women as disposable,” said Bruce Miller (creator/showrunner), adding that Ofglen & Janine learn to “both find ways to live a life there in the same way that people did in concentration camps.”

Bruce also announced some exciting new cast members for season 2. They include:

A big theme in season 2 is motherhood. In one of the scenes from the preview, June (Elisabeth Moss’ character) is in a hospital room with the commander’s wife, Serena Joy (Yvonne Strahovski), as a doctor examines June & performs an ultrasound. Now in real life this would be a joyous occasion but since this is “The Handmaid’s Tale” it comes off more ominous & disturbing as the two actresses trade barbs with one another. 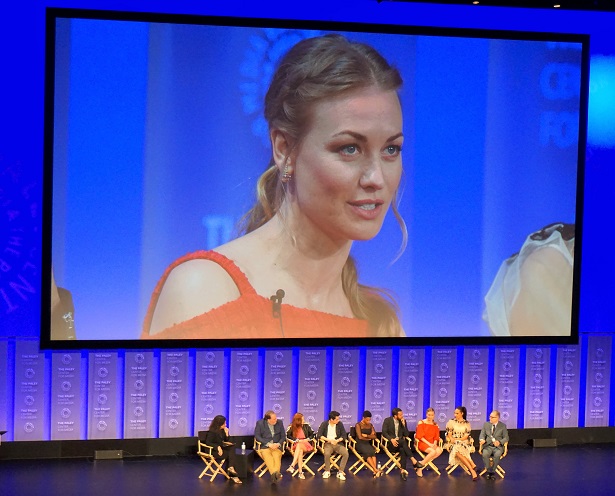 At the end of season 1, we see Samira Wiley’s character Moira flee & cross the border into Canada. In season 2, she reconnects with Luke (played by O-T Fagbenle). While happy to be away from Gilead, she is away from everything that she knows & everything that is familiar. Said O-T, “We are together, but we also have this kind of post-traumatic stress that we are trying to deal with.” 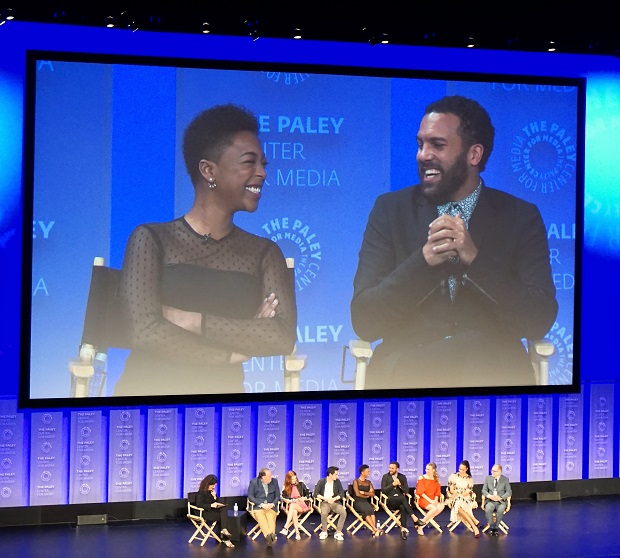 Amanda Brugel’s character Rita is a Martha, a cook/housekeeper for Serena Joy and the Commander. She shared with us one of her ways of getting into character, stating “I put rocks in my shoes when I walk [in character as Rita] because I feel in Gilead that she has a different walk.” When asked about her fans Amanda responded, “I’m really big with housewives & I receive letters from them. I feel a responsibility in representing these women that feel that they don’t have a voice. They’re at home, putting forth a lot of work but they’re not getting recognized, not unlike Marthas. A lot of people don’t think that they [housewives] are of value because they don’t have a career. I’m representing a certain kind of woman & I feel a great responsibility to do that & to do it correctly. It’s a blessing to be able to do it & I want to give them a voice.” 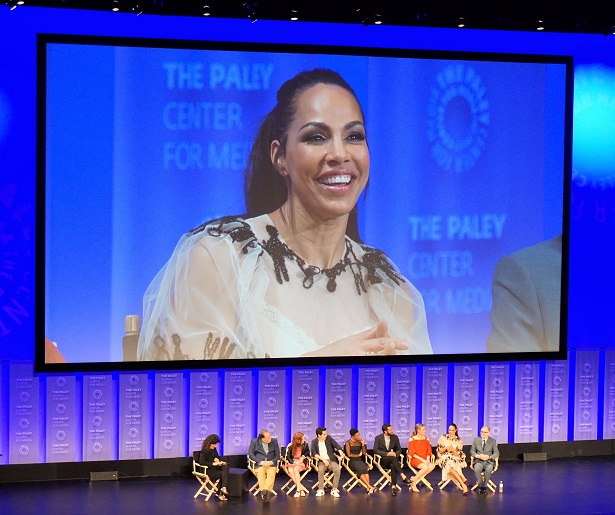 Expanding on that sentiment, Samira Wiley said “We’re in the make-believe business, but at the end of the day, what we’re doing can elicit real change and I’m so proud to be a part of that.”