Earlier this month, the cast and creatives of The Marvelous Mrs. Maisel met at PaleyFest for a rousing panel discussion. 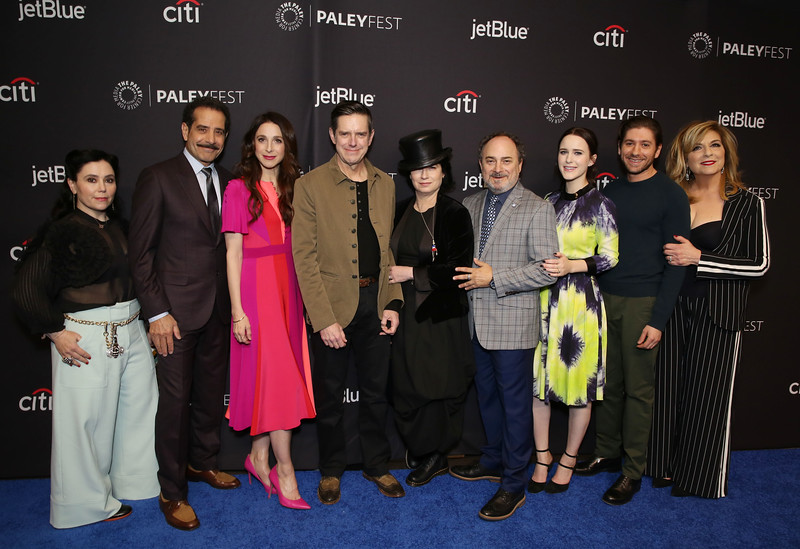 Cast and Creatives of The Marvelous Mrs. Maisel at PaleyFest LA 2019. © Brian To for The Paley Center for Media

The event was kicked off (literally and figuratively) by a lively dance number, reminiscent of the Catskills dancing scene. 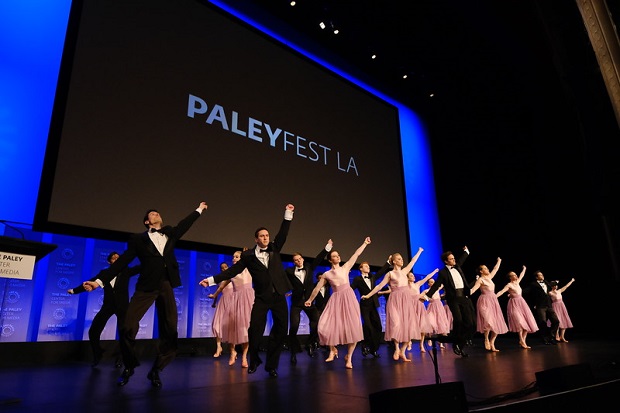 The panel discussion was moderated by stand-up comedian and actor, Patton Oswalt. However, before asking any questions, Oswalt praised The Marvelous Mrs. Maisel saying “This show gets the process of stand-up comedy right, particularly the process of creating jokes, testing them and finding a persona on stage.”

When asked what prompted Amy Sherman-Palladino to create the show, she responded “My father was a stand-up comedian. I grew up with him and his friends regaling me with stories of Greenwich Village. It felt like a world that was colorful and interesting.” 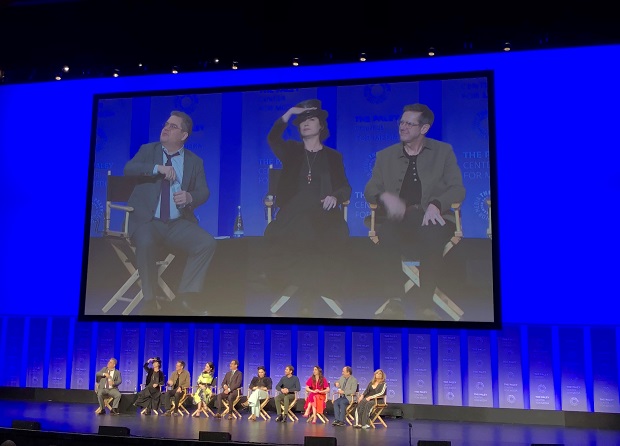 Amy Sherman-Palladino (in hat) looks out onto the audience. Image credit: Real Mom of SFV

To familiarize herself with character Miriam ‘Midge’ Maisel’s life on stage, Rachel Brosnahan took a crash course in comedy by watching stand-up performances of comedians. Said Brosnahan, “The comedy world was completely foreign to me. I watched a lot of Ali Wong.” Adding, “Initially when I got the script, I thought that the character was based on Jean Carroll, who was a stand-up comedian from the 1950s. I also watched a lot of Minnie Pearl.”

Rachel Brosnahan and Tony Shalhoub at PaleyFest LA 2019. © Brian To for The Paley Center for Media

Sherman-Palladino and the cast talked about the process of a long one-take scene, which The Marvelous Mrs. Maisel is known for. The Catskills episodes were particularly challenging because of the singing and dancing, all while hitting your marks in one long take. Rachel Brosnahan said that she had very little rehearsal time with the dancers. Due to the production schedule, the dancers rehearsed without Brosnahan and then on the day of the shoot, she got one short rehearsal with them.

Tony Shalhoub’s character is Abe Weissman, Midge’s father. The actor talked about channeling his inner rage when his character finds out that Midge is doing stand-up. Shalhoub said, “I have the advantage of being the father of two daughters who are about Miriam’s age.” He went on to discuss how you think you are raising your children one way, but then they turn out to be completely different. Adding, “I have two amazing girls despite what I’ve tried to teach them. So that scene with Midge was very relatable to me.” 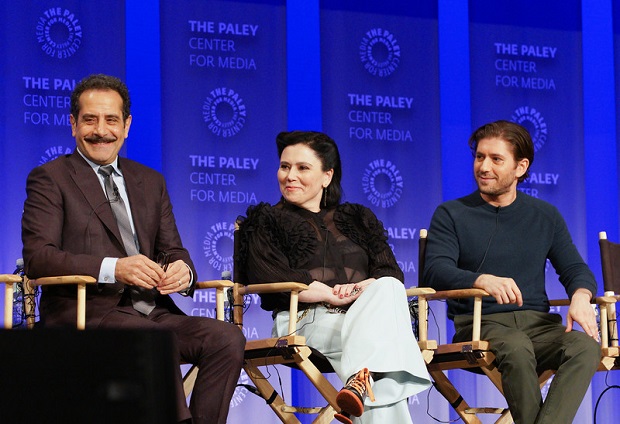 Borstein gets to say some outrageous lines as Susie. When asked about her character, Borstein said, “She seems fearless and indefatigable, but the truth is she is terrified. She is so courageous because she is so terrified.”

During the Q&A portion at the end of the panel, someone in the audience asked, “Where do you see your character ending up when the show ends?” Continuing with the theme of fatherhood, Shalhoub said that he’d like to show his character having a relationship with his grandchildren – where he gets to fix all of the stuff that he got wrong with Midge.

Season 3 of The Marvelous Mrs. Maisel is currently in production. Although a release date hasn’t been set, I’m already anxiously awaiting its premiere!

Disclosure: No monetary compensation was received for this post. I was invited to attend this event as a member of the media. All images are my own unless otherwise noted. As always, my opinions are 100% my own.