One of my favorite family holiday traditions is to watch Christmas movies during the month of December. We usually pick out one or two DVDs to watch over the weekend & then when our daughter starts her winter vacation from school, we increase it to one movie per night until Christmas Day. As you can imagine, our DVD bookshelf has a wide selection of holiday movies.

It’s so fun to get cozy on the couch with our mugs of hot chocolate or hot apple cider, bundle ourselves under blankets & watch the latest family movie! So imagine my surprise when I found out that WWE®  Superstar Mike “The Miz” has a new holiday movie that was released today! I’m old enough to remember that Mike got his first big break into television via MTV’s “The Real World” & it’s those early reality TV episodes that introduced me to Mike’s goofy sense of humor. 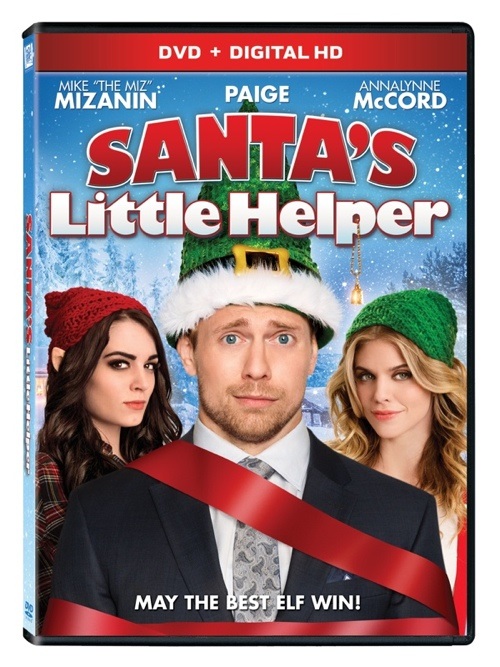 Ho-ho-hold on tight for holiday hijinks in this hilarious family comedy starring WWE® Superstar Mike “The Miz” Mizanin®, WWE Diva Paige™ and AnnaLynne McCord. After losing his job, a slick-talking businessman is given the chance of a lifetime—to be Santa’s second-in-command. But to earn the coveted position, he’ll have to wage an outrageous battle against a scheming elf who wants the gig for herself!

There are loads of special features in the “Santa’s Little Helper” DVD. The two features that I am most interested in watching are:

One of the scenes in the movie shows what I love to do during the holidays…Christmas baking! One can only imagine the type of mischievous merrymaking the characters in this movie get into! 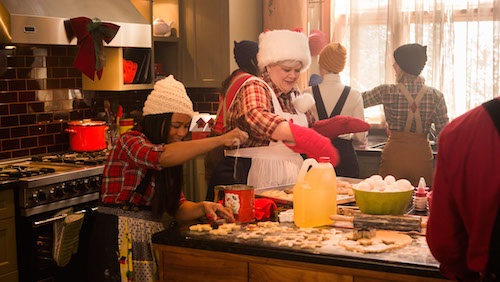 How would you like to get your hands on this movie? One Real Mom of SFV reader will win a copy of “Santa’s Little Helper” movie. Please enter below for a chance to win!

Rules: U.S. Residents ONLY. One winner will be randomly selected via RaffleCopter and notified via email. Winner must respond within 48 hours to claim the prize or a new winner will be chosen via RaffleCopter. The prize will be fulfilled directly from the sponsor. If you have any additional questions, please feel free to send me an email to realmomofsfv@gmail.com

Disclosure: No monetary compensation was received for this post. As a member of Fox Home Entertainment Insider, I received a complimentary copy of the movie which helped facilitate this blog post. All images are used with permission. As always, my opinions are 100% my own.